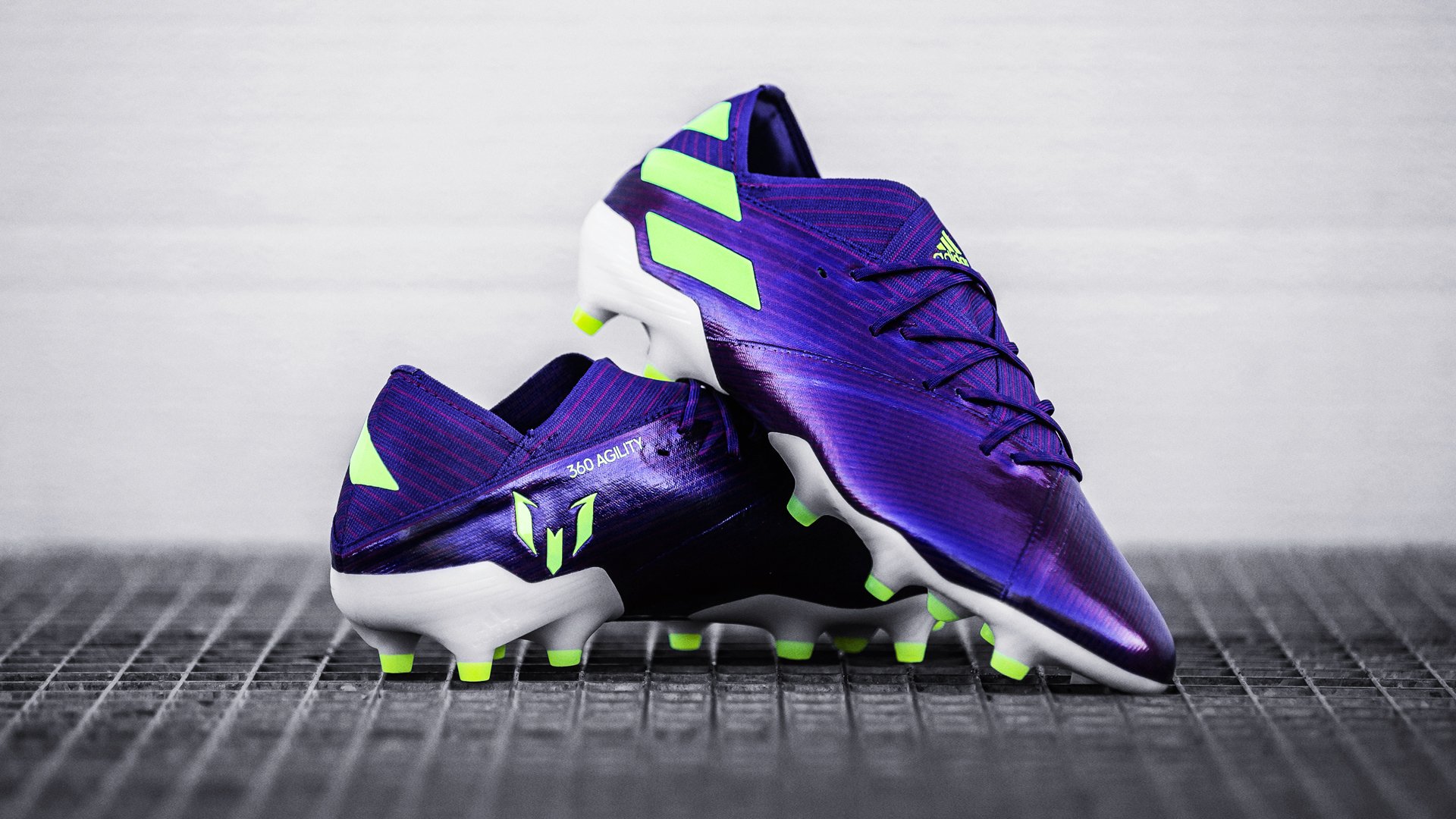 We’ve seen some great colourways from adidas when it comes to providing Lionel Messi with new boots. Today we will see a classic come alive again.

It’s not unusual that the biggest stars in football get their own signature boots with their own name and branding on it - and Lionel Messi is not an exception. One of the most spectacular boots that the Argentinian has worn was the one made for the FIFA World Cup 2010 in South Africa.

This was called F50 Adizero and left everybody stunned with it’s shiny, purple upper. The colourway was called ‘Chameleon’ and and it quickly became one of the most iconic adidas F50 boots ever!

adidas does not make the F50 boots anymore. Instead it’s the Nemeziz that rules the pitches all over the world - and sits on the feet on one of the greatest players of all time. And today they will pay homage to the F50 with their latest colourway. Let’s take a look at it.

Continued below below the pictures:

The references to the OG colourway are clear. First of all, the Nemeziz 19.1 Messi has the same purple colour on the entire upper. The 360 Agility tape has a coating to give the boots a shiny look that resembles the old boot.

The volt colour on the boots is also the same as we’ve seen before. It's seen on the adidas branding, the three stripes and on the studs as well.

Even though this boot has a lot of references to the old days, the technologies are still the latest. Besides the 360 Agility Tape on the upper, the boots still have the split sole with the great Torsion System to help you with your movement and keep your balance in tight spaces - just like it helps Messi when he breaks records after records wearing his adidas boots.

It’s going to be awesome to watch The Little Magician dribble past his opponents, score amazing goals and celebrate with these boots on his feet. You can get yourself an early Christmas present or get the Messi boots for someone special.

The boots are available EXCLUSIVELY at Unisport now!

Get the Nemeziz 19.1 Messi right here!