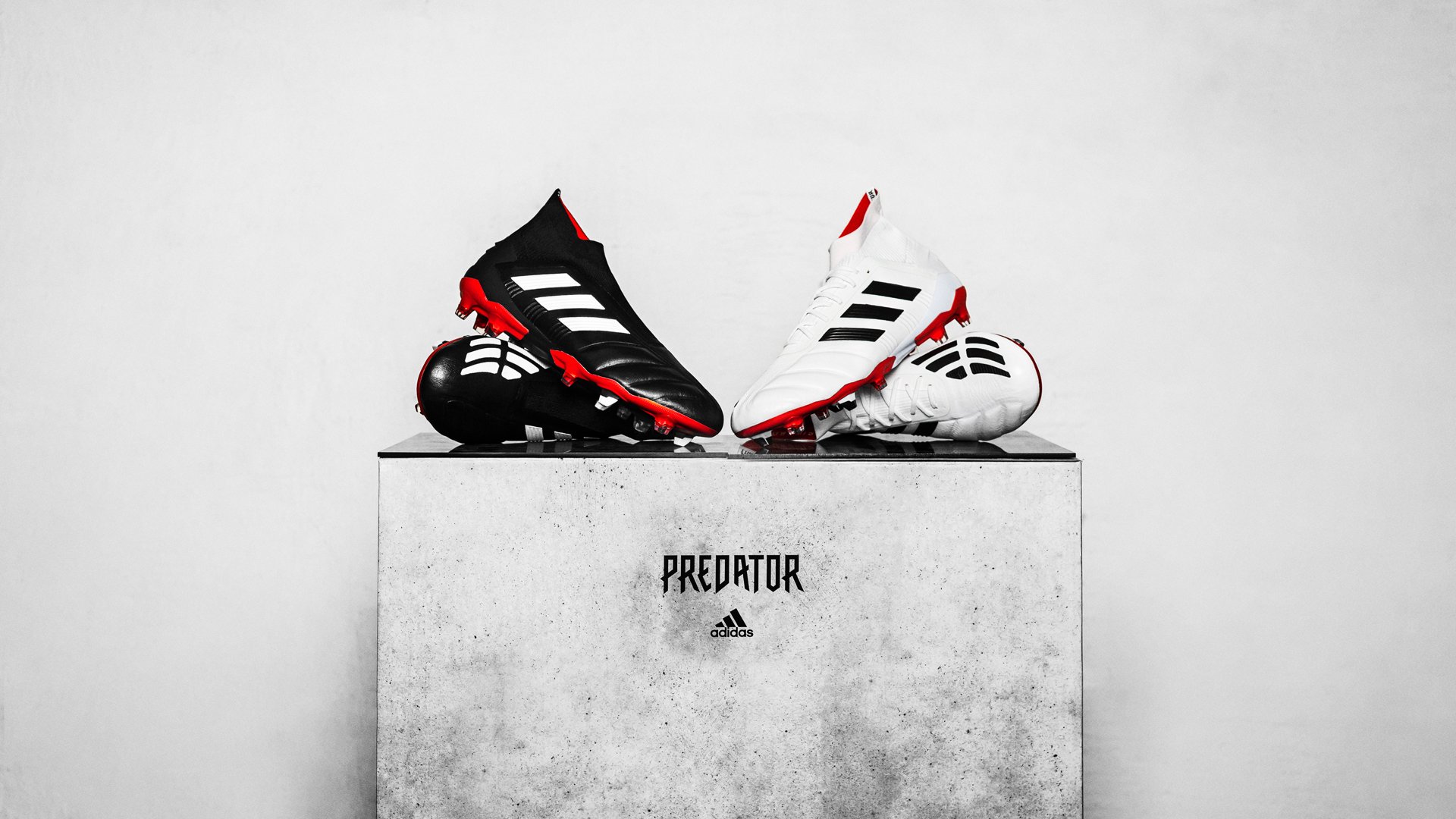 The latest boots from adidas has some references to the old days mixed with modern elements. And we will get two colourway in the same launch from the Germans.

What if you could get a mix of nostalgia and the latest technology in a football boot? A boot where the memories of your childhood would come forward and be a part of your experiences on the pitch.

Today this could happen to you - because adidas have to just revealed their latest version of the Predator 19+ and Predator 19.1. And they will give us something that we haven't seen on the latest Predator boots - leather.

Let’s take a look at the new boots now!

Let’s start off by taking a look at the adidas Predator 19+. The black boot of this launch. This is the first widely released Predator 19+ with a leather upper. The colourway and design is a clear reference to the Predator Mania boots from 2002. The black upper, white Three Stripes and red outsole are on point with this one.

At first it could look just like a regular Predator 19+. But when you get closer you can see some cool details. The leather upper has three stitchings on the outside of the foot that resembles the OG Predator Mania. The sole is made in black and red and designed to look like the split sole used on the Mania. And to give the boots a full retro look, adidas have also incorporated the iconic ‘fins’ on the toe box. On the 2002 boots these were made as swerve element. These seems to be more of a cosmetic edition to the Predator 19+. But it’s still a nice way to acknowledge the heritage of the Predator.

The Predator 19.1 is the same but with laces. The biggest and most noticeable difference is the colourway. The fresh looking white upper is inspired by the classic World Cup version of the Mania from 2002 - worn by players like David Beckham. The upper is the same as the 19+ with leather and the fins on the toe box. The soleplate on these also has a colourway that refers to the split sole on the first Mania boots.

The new adidas Predator will come in 1500 pairs world wide - so it’s a pretty limited version. But unlike most remakes or retro boots, these are actually made to be played in which means that you don’t have to put it on the shelves at home.

And of course you can get the boots at Unisport.