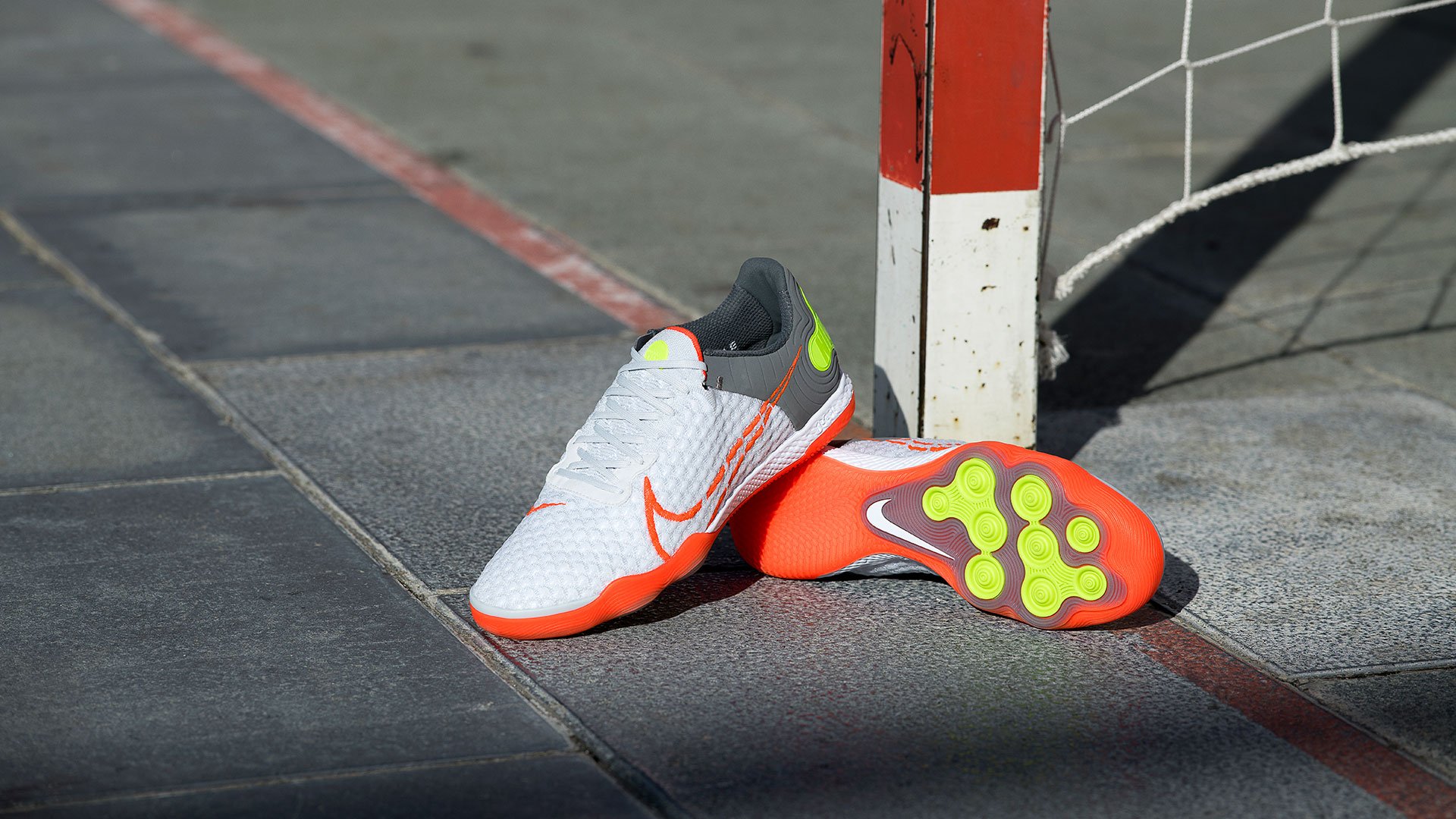 Nike really knows how to innovate. And when it comes to football boots and technology, they’re in the very top. They’ve proven this once again today!

There’s just something about indoor football. The grippy feeling on the floor. The speed. The dribbling. The beautiful game of football played in a whole different way.

When you receive the ball on the court, you don’t have much time to think before the opponents are all over you. So you have to be quick, agile and smart. To do this you need to have the right tools. And Nike can now provide you with some extraordinary gear.

It’s time to say hello to the brand new React Gato boots. Let’s talk about them after these pictures!

The React Gato doesn’t look like the ordinary indoor football boot. The first thing you notice on the upper is the Flyknit material, which is also a lot more comfortable than what we normally see on indoor boots.

Sometimes the indoor boots are almost identical with the FG version but with a flat outsole instead. But the React Gato is specialized for indoor and small sided football. The Flyknit will hug your foot nice and tight and the heel part will make sure to keep you locked in. This will help you being as stable as possible when you’re making your twist and turns to trick your opponent.

The outsole might be the most interesting part of the React Gato. The forefoot contains of nine ‘pods’ called Nike Touch 360. These pods actually go all the way through the outsole so you can feel them on the inside while wearing the shoes. They can move up and down when pressure is applied. This will optimize your touch and grip on the ball - and it'll give a feeling you've never tried before while playing football.

The rest of the outsole is made in the Nike React cushioning to help your movement with the best possible energy return and responsiveness.

'Gato' means 'cat' in Spanish. And maybe you will get a touch like the elegant creature with these on feet.

These shoes will be worn by some of the biggest stars in futsal, which really is a great stamp of quality.

If you want to be a part of the elite and own the courts, you can also get the Nike React Gato right here at Unisport