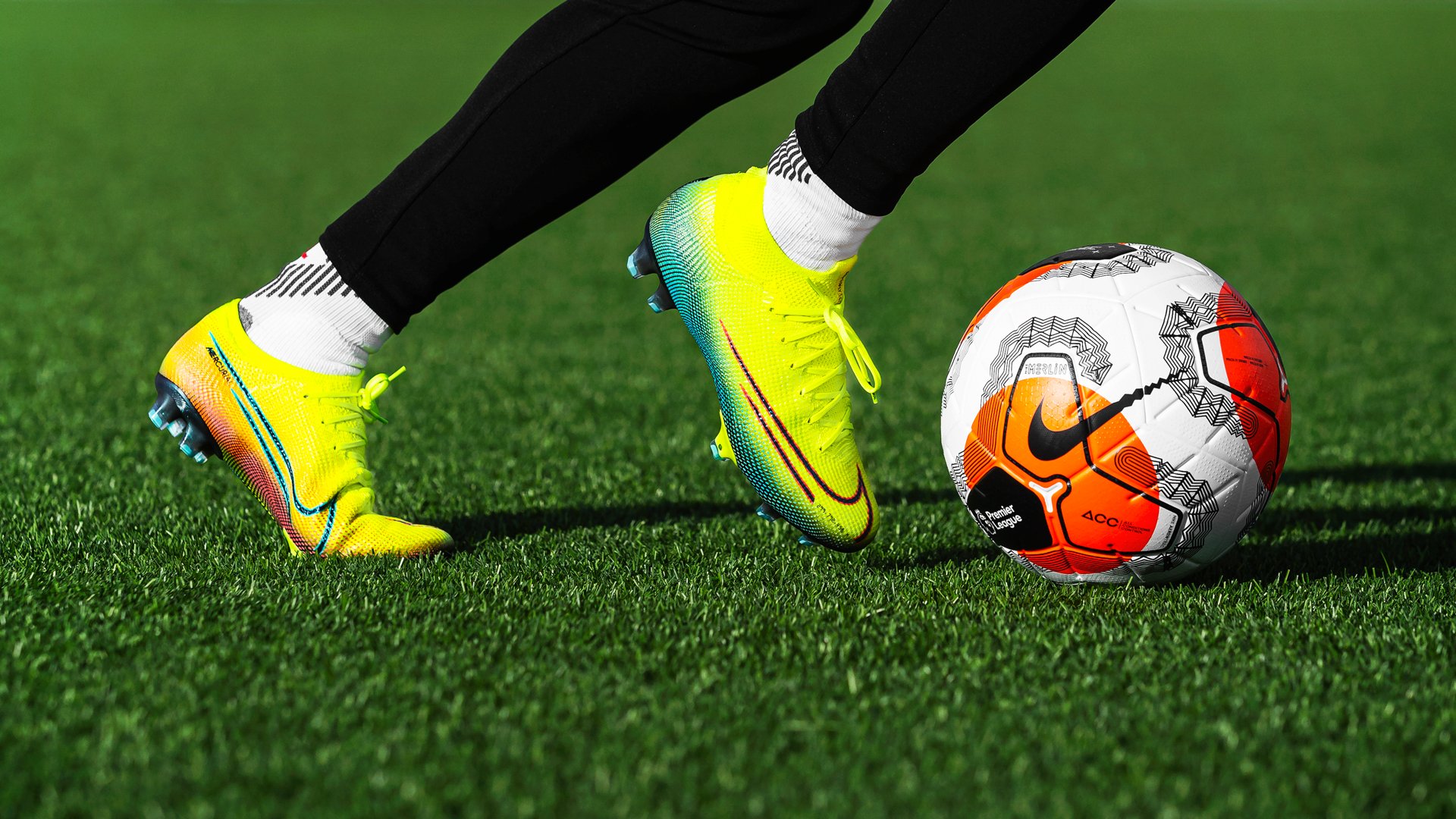 Nike are ready with a part 2 of the Dream Speed adventure. The sequel has a unique, blazing design and will of course be worn by the biggest football stars in the world, including Cristiano Ronaldo, Kylian Mbappé and Sam Kerr. Hold on to your horses, the MDS 002 has arrived with the speed of light!

Compared to the first introduction of the Mercurial Dream Speed boots, the MDS 002 (as it’s also referred to), has gotten an exceptional paint job with the bright, volt-like colour as seen on the images above. The colourway is likely inspired by the Vapor 3 R9 in yellow / green which CR7 wore exclusively at the 2006 World Cup in Germany.

On the back of the heel, a graphic pattern is seen with the MDS 002 lettering, while the colours on the inside of the heel might be inspired by the two Superfly 4 CR7 colours, which took inspiration from CR7s two favourite Vapor 3 colourways. In addition, the dot design is likewise inspired by the Mercurial Vapor 3 heel design.

The “Swoosh” follows the same look as on the first MDS and has the classic Superfly 5 style, which CR7 appreciates. And speaking of the “Swoosh”, the “empty space” within the toe “Swoosh” holds the numbers of the speed of light, which are 299,792,458 m/s.

When it comes to the soleplates, the combination of orange / yellow / green and different shades of blue are undoubtedly something else and definitely not like anything we’ve seen before. All in all, the green / orange / lemony colourway on the Nike Mercurial MDS #002 is nothing but bold and fantastic in our opinion, and the interpretation of the design is most likely that the colours on the inside, sole and outside form a big part of the visible light colour spectrum.

Last but not least, the MDS 002 remains the same as the first edition purely tech-wise, including the innovative single-piece upper made from Flyknit, full 360 lockdown and the Dynamic Fit Collar for optimum support and comfort.

Obviously we can’t wait to see Mbappé, CR7 and Sam Kerr on the football pitches with flashing, new colours and we hope that you’re ready to light up your dreams and elevate your ambition.

On presale at Unisport from the 20th of February.


Get the dreamy new MDS 002 at Unisport