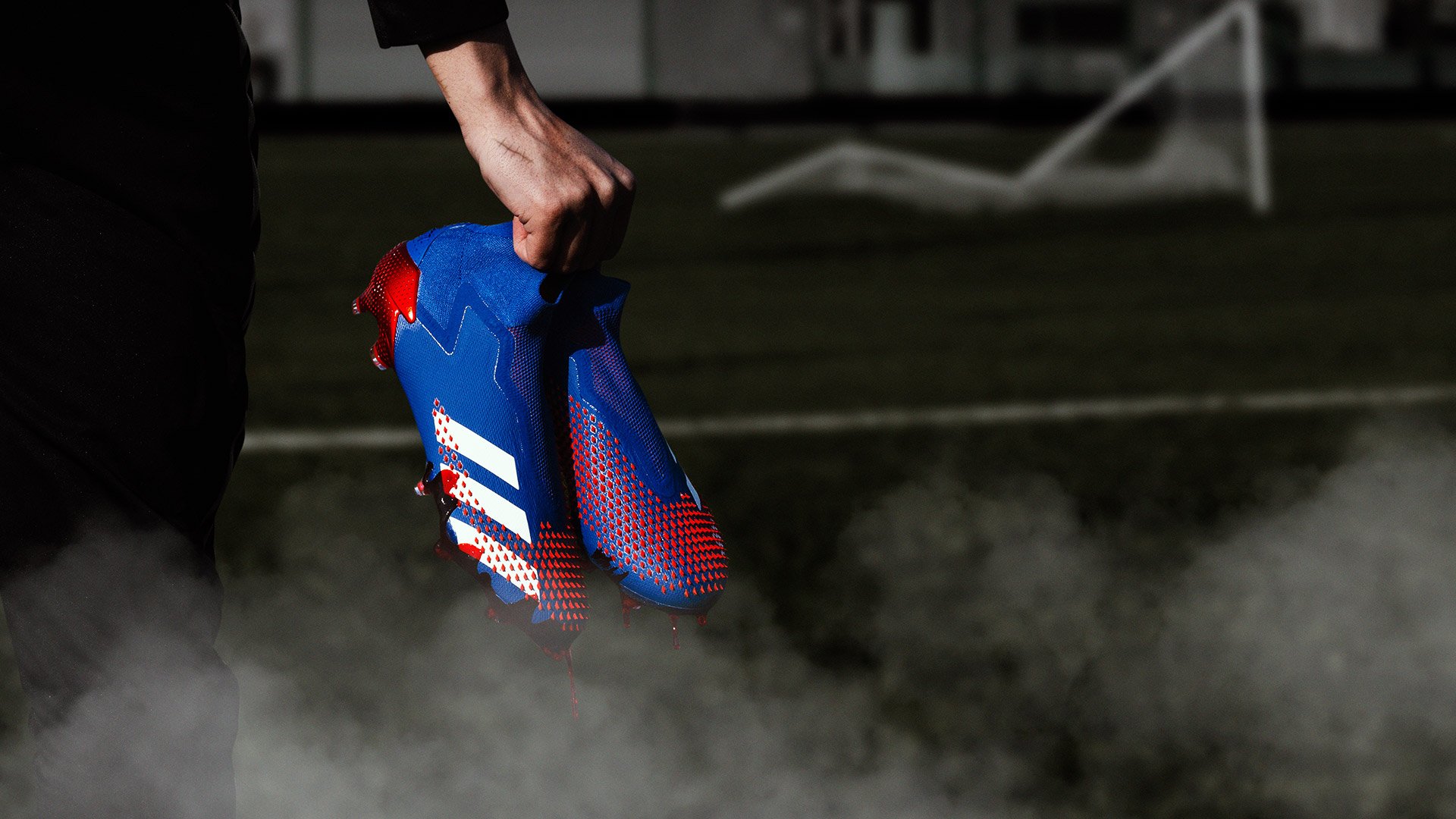 The mutation of the Predator franchise continues, as the second colourway of the completely new adidas Tormentor arrives. Some of the colours remain the same, but the inspiration comes from far, far away.

Then adidas switched to doing it the other way around, introducing us to the Predator Mutator, before the whole collection got launched. Well, adidas sure is trying to keep up with the months, as we’ve entered the third month of the year and the third adi boot has already landed! Check out the striking new colourway below before we dig in with the details.

Stunning, ain’t it? Yeah, the Predator 20's sure are something else. Look-wise, both the Shadowbeast and Mutator are truly impressive and somewhat futuristic. However, the design of the Predator Tormentor has another story to it, as it has taken inspiration from Japan and the electric blue Predator Mania released in 2002 as a limited edition ahead of the World Cup in Korea and Japan. The vibrant colorway is applied to today’s silhouette, and the result is an impactful visual execution of the Predator Mutator.

That’s why these new beauties are predominantly blue with the three famous stripes in white and a heel finished in a metallic red colour. The recently introduced 406 spikes are there too in the same red colour, hence wrapping up the blue / red / white colours, which made their mark with the Predator Mania in the early 00’s. In addition, the soleplates also encompass metallic-like red and blue colours.

Tech-wise, the new adidas Predator Tormentor remains the same as the latest Predator Mutator with the split soleplate and the cutting-edge Demonskin, which features nothing less than 406 spikes placed on the toebox and the inner side of the boot, with the purpose of giving you a never-before-seen swerve, making the boots 100 % unfair against your opponents. The collar is once again stretched significantly higher than the previous generation 19 Predator’s.

We just love when adi takes us back in time, either by making remakes or boots that are inspirited by the past, thereby creating a genuinely nostalgic feeling.

If you do to, you can pre-order the Predator Tormentor right here