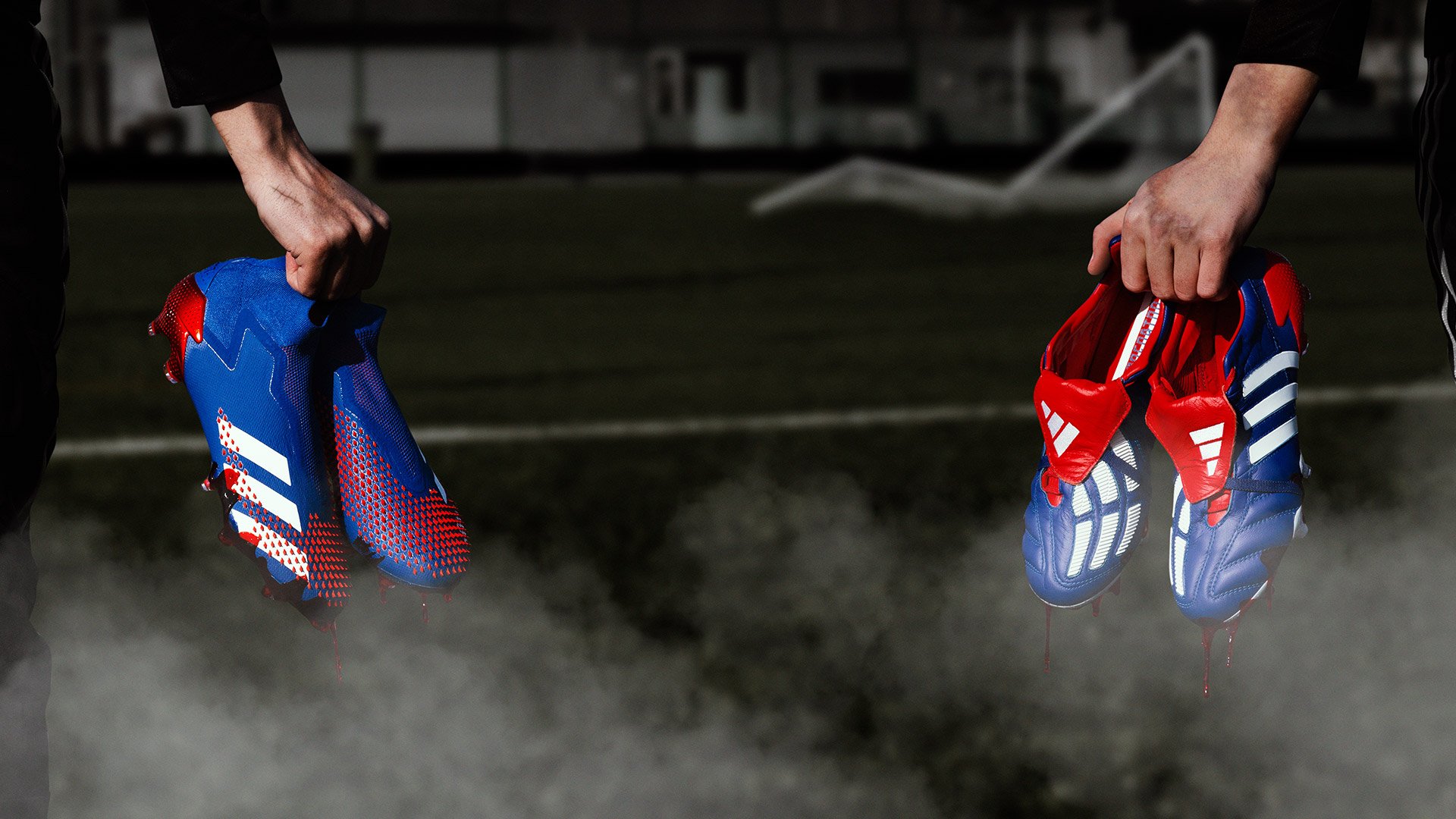 adidas take us back to 2002, where they introduced us to the Japan Blue Predator Mania as a limited edition for the World Cup in Korea and Japan. 18 years later, the German sports brand have made a remake of the iconic boots as part of the recently released Predator Tormentor.

It’s only been 3 days since the launch of the third edition of the Predator 20’s with the Predator Tormentor boots. Now we’re being spoiled with a new release, as adidas are ready with yet another remake. Please welcome the OG Predator Mania Japan Blue - a true nod to the world-renowned colours, which undeniably made their mark at one of the most memorable World Cups in the history of football.

Last time we saw a remake from adidas was in November last year with the red / silver / white OG Predator Mania, which took the world by storm when we witnessed legends such as David Beckham, Zinedine Zidane, Alessandro del Pierro and Steven Gerrard shine in their absolute prime years back in ‘02 with the historic design. Well, adidas sure is keeping the OG-style with the 2002 inspired limited edition Predator Mania, which are finished in the exact Japan Blue, red and white colours as the original.

In terms of tech’s, the new 2020 adidas Predator Mania remake’s share almost identical features as the OG from 2002, including the SL rubber striking fins, the revolutionary fold-over tongue and elasticated rubber band to cover top of laces. The boots have the more or less same 1:1 upper, although the new remake uses the Predator 20 split tooling, which means that adidas can finally wrap the 3x adidas stripes all the way around the outsole like on the original Mania. It’s iconic, legendary and epic made futuristic.

If you, like us, value remake’s, then this is a true collector’s item for the real Pred-head’s. And only 3,000 are being produced worldwide, so the distribution is very limited.