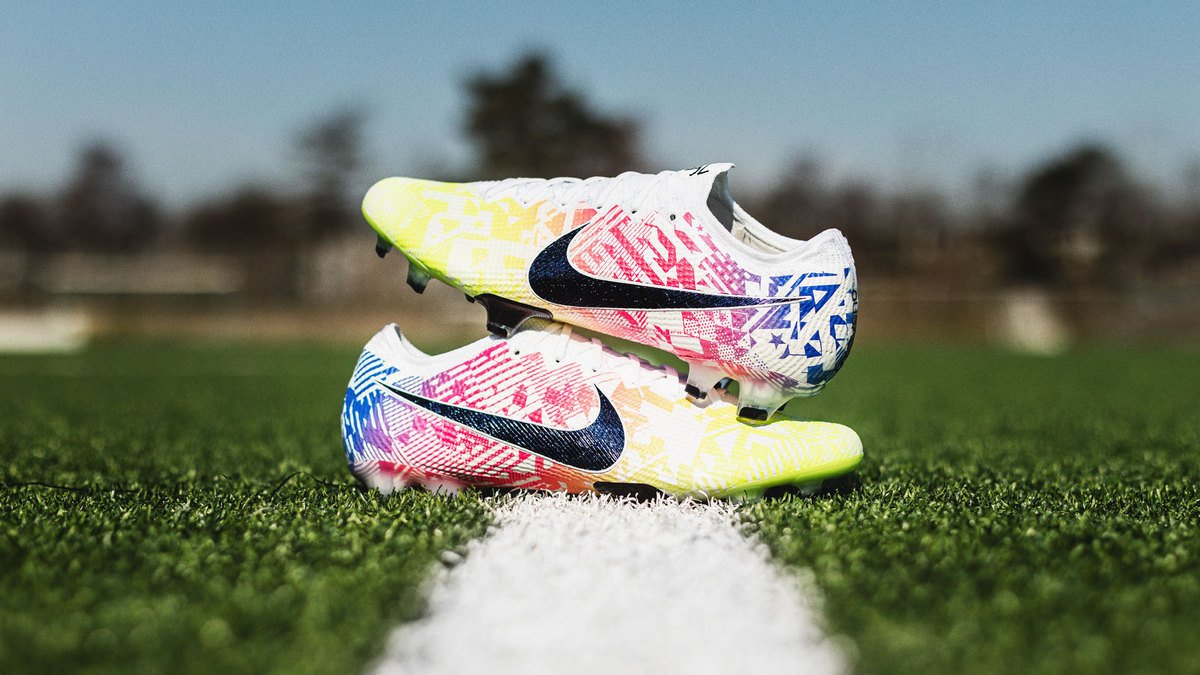 Nike x Neymar Jr. are ready to deliver a new pair of signature boots, which are like nothing we’ve seen before - or, a correct formulation here would be like EVERYTHING we’ve seen before. Feeling confused? Well, say hello to the Jogo Prismático first and jump right into the details below.

It’s actually been some time since Nike have dropped a new signature boot for the Brazilian superstar. Last time was in August 2019 with the NJR Speed Freak, which focused on illuminating the speed and quickness of Neymar. The new boots however, are a bit different, as Jogo Prismático is the culmination of all his signature boots, and assembles them all in one unique silhouette. Yup, that’s right - from the ‘Written in the Stars’, the ‘Puro Fenomeno’, the ‘Meu Jogo’ and the ‘NJR Silêncio’ - they’re all there in the design of the new signature boots from Nike.

In addition to being an assemblance of his previous signature boots, the brilliant new Nike NJR Jogo Prismático resembles the light spectrum, which is defined by being different wavelengths produced by a light source and is visible to the human eye. So not only does his new signature boots have symbols from preceding signature designs; the multicoloured all-over graphic print is hence there for two reasons. Fading from volt to orange to red to purple-ish to blue, the boots likewise incorporate a Copa América inspired element being the badge of the Brazilian Federation, proudly symbolizing the origin of Neymar. Other than that, the Swoosh is carried out in black, while the tongue presumably embodies an acronym for Neymar Jr. (NJR). It’s hard to tell, as the lettering is custom made, although it would make sense.

In terms of tech’s, the boots have the NIKESKIN overlay, which’ll get you closer to the ball, a synthetic upper that wraps your foot for a second skin fit and are finished with angular studs, giving you the explosive acceleration you need in order to be as fast as Neymar. The rest of the technologies are the same as former Vapor 13’s.

The plan is that Neymar will wear them at the 2020 Copa América, which due to the circumstances has been postponed to 2021, but the bold design is for everyone who wishes to stand out on the pitches.

Anything is possible when the spotlight hits with the new Nike Mercurial Vapor 13 NJR Jogo Prismático.


Explore the limited selection new spectrum of brilliance here
We use cookies to improve your experience, show you products you may like and save your cart. Continue if you're ok with this, or read more in our privacy policy.