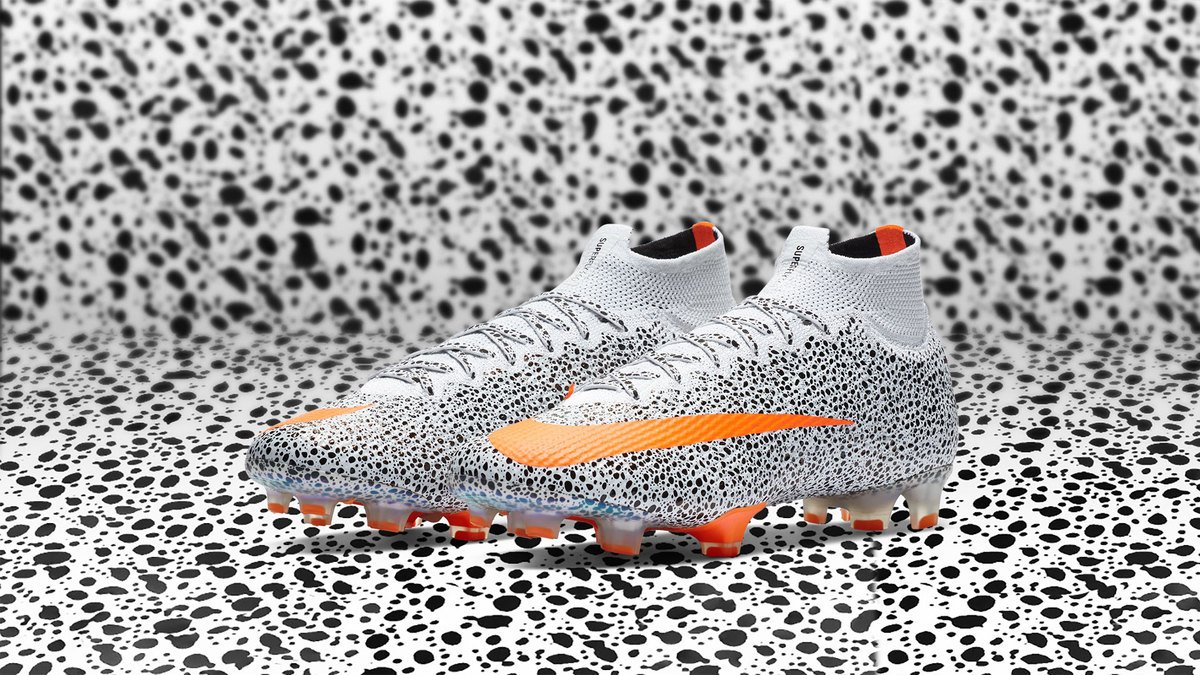 In 2010, we witnessed the launch of the OG version of the CR7 Safari boots. Now, 10 years later, Nike are ready to introduce us to the remake of the extremely popular and utterly iconic design.

It may be that football haven’t returned just yet. But, as you might have noticed on social media, several players such as Lewandowski and Messi have been spotted training and preparing for the restoration of different leagues, including La Liga, Bundesliga and Serie A. With the return of football just around the corner, now is a good time to drop a new boot for Ronaldo, so one of the greatest footballers ever can be equipped with new, tailored CR7 gear. Take a look at his new signature boots below before we get to the details.

Last time Nike launched a new signature boot for Cristiano was with the Mercurial Dream Speed 2, which wasn’t exclusively manufactured for him, as Sam Kerr and Kylian Mbappé would also wear the second edition of the Dream Speed adventure. However, as the old, or the first version of the Safari boots from a decade ago was made as a signature boot for CR7 only, the second version from 2020 will be too. And we must say, the remake is truly unique by the looks, and will definitely turn heads for both players, people that remember the old boots and opponents.

The new CR7 Safari boots are of course made as a Superfly, but also comes as a Vapor and is almost identical to the original cleats from 2010. They hold an adventurous design with a safari print finished in white and black, while the Swoosh is carried out in a warm and sunny, orange colour - perfect for the summer!

But that’s not it - as opposed to the OG cleats, the new ones have been added a Cristiano Ronaldo celebration logo in the right boot - more specifically on the insole, while enclosing his very own signature inside the left boot. Talk about signature boots, huh?!

In terms of the tech’s, the new CR7 Safari’s include equal functions and technologies as previous generations, including the innovative single-piece upper made from Flyknit, NikeGRIP tech and the Dynamic Fit Collar.

We can’t get our hands down out of pure excitement, and sure look forward to seeing Cristiano shine as always in his new signature’s.


If you’re just as excited as we are, sign up for the boots here and get ready to begin your Safari adventure with Unisport