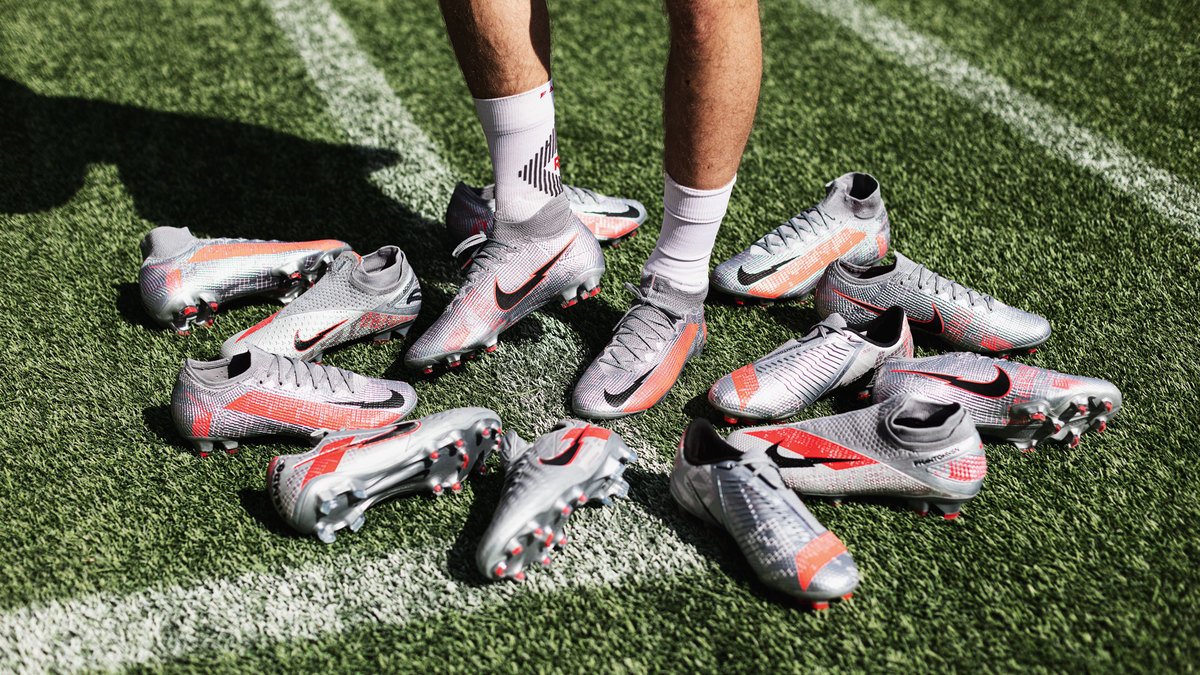 The new Nike boots put focus on your own neighborhood with a crazy and bold design.

We know that there hasn’t been that much football to watch. But now that football is getting back we are getting spoiled with some fresh, new boots from Nike.

The boots are called “Neighbourhood”, and it’s all about representing where you are from.

All of the cool looking silver boots has different zip codes on the upper, and with Unisport you can get your own zip code, city name or some else printed on it - just make it personal and make you stand out on the pitch. Let’s take a look at the boots and talk about them afterwards.

The Mercurial Neighbourhood boots are made for speed, and they look faster than ever before. The fresh silver colourway with the red details really stands out - just like a Mercurial player should!

The Swoosh has been moved up towards the toe to make room for the eye catching red line. The line has lots of different zip codes from some of the biggest cities.

Also the Swoosh has been made in a “zap” design to look like a lightning or something similar to that - to keep the fast look!

The silver and red design is also shown on the Phantom Vision. The pull tap on the tongue is also made in the red colour as well as the design on the back of the heel.

The red line is placed across the toebox on the Phantom Venom, which makes it stand out.

Normally, we see a big Swoosh on the outside of the boot in a diamond-like design. But like the rest of the Neighborhood boots, this time it’s made like a lightning bolt.

This is a special one. The Tiempo Legend is the only leather boot in the Neighborhood launch, and the red line a removed from the main part of the upper to keep the clean silver and leather look!

This Tiempo is made for the player who loves the leather feeling and the clean look. Agaon, we don’t see any changes to the big Swoosh on the outside of the boots like on the rest of the Neighborhood boots.

Remember that Unisport will help you represent your neighborhood, city or country. You can choose your own personal print on the boots - all you have to do is decide how you want to stand out from the rest on the pitch. You can choose to get a zip code printed, a city name or maybe even the name of the country that you’re from. It’s all up to your imagination! As long as you make sure to represent the place that you’re from.

The new Neighborhood boots from Nike are available from the 1st of June. And of course you can get them at Unisport!