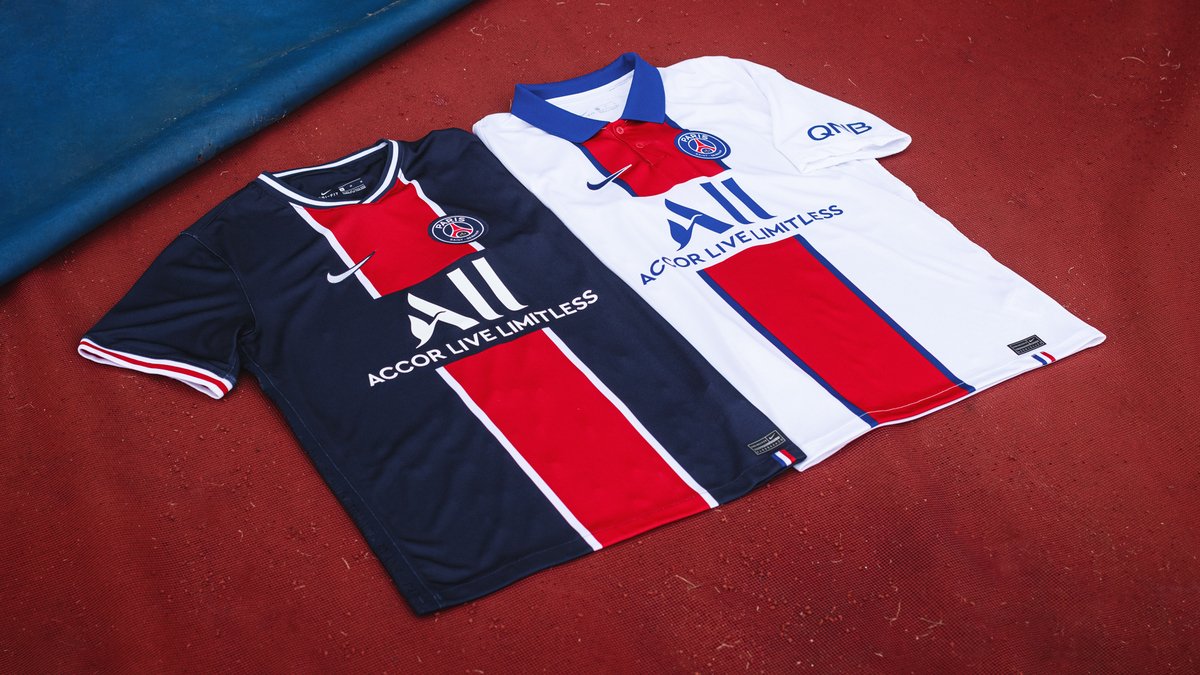 The new home and away shirts for Paris Saint Germain with a big retro vibe which we simply can’t get enough of. Check out the new shirts here!

2020 marks the 50th anniversary of Paris Saint Germain. The club was founded in august 1970. During the 50 years they have become the most successful football club in France, winning over 40 titles - including 9 league titles.

The new shirts, both home and away, are a reference to the rich history of the club. The design is inspired by the shirts that were introduced in 1973 by the president and fashion designer Daniel Hechter. The shirts featured the iconic look that we all now; a red vertical stripe, bordered with a white line and put on a dark blue base.

The same look can be seen on the new PSG home shirt, which also has some nice details with a v-neck in a subtle design along with the cuffs on the sleeves which has a thin white line. A real retro beauty.

The PSG away shirt is made with the same inspiration. It also features the big red vertical stripe. But this one has a blue outline - all put on a stunning white base. The shirt has a blue collar with buttons to give is a more classy and fashionable look. They are from Paris, so what would you expect?

You can take a closer look at the shirts in the pictures below.