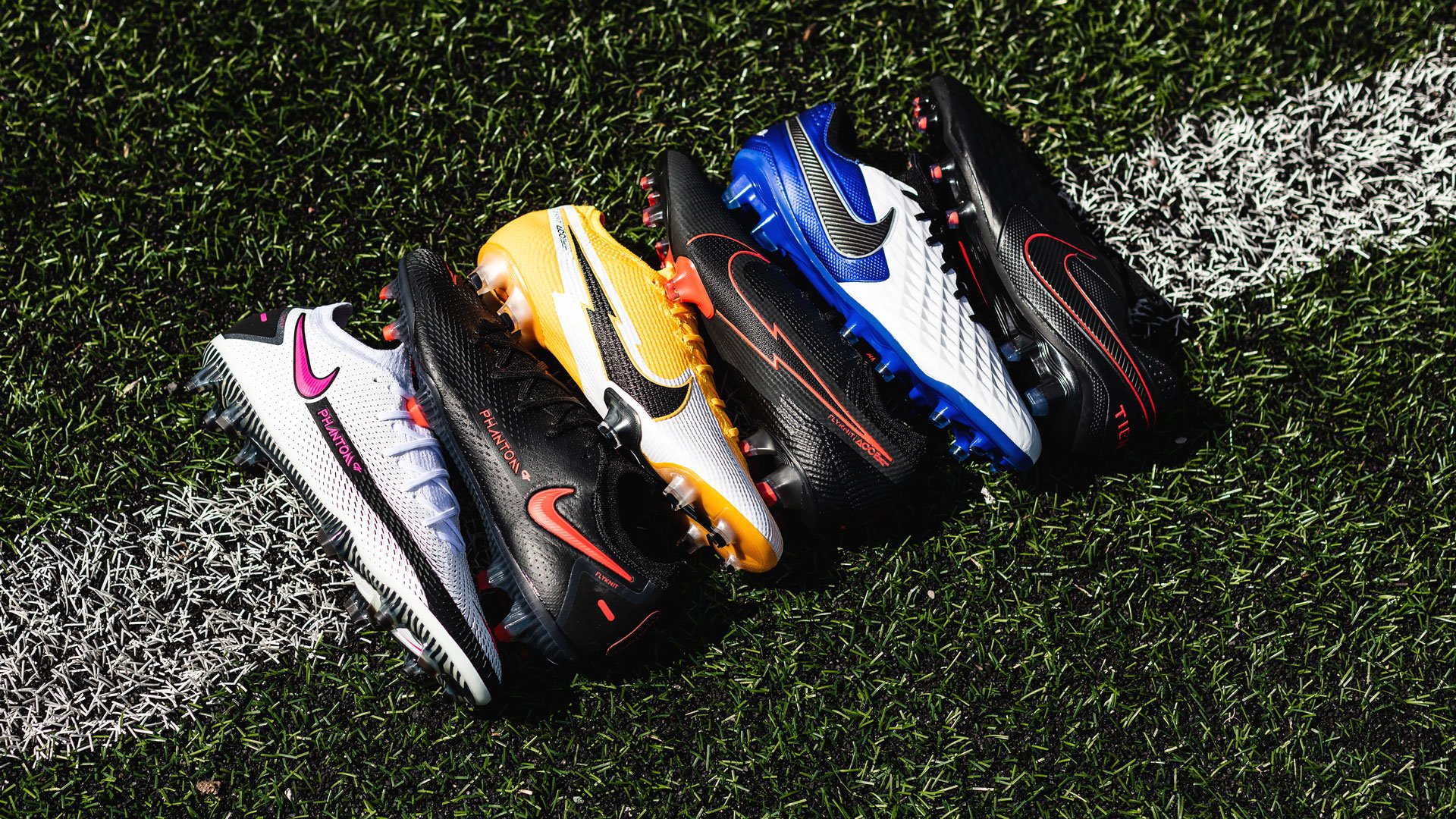 We love to see new boot launches when we’re waiting for the new season to start. And today we’re treated with not just one but two new launches from Nike.

Summer is all about sunshine, heat and colours. But it’s also about getting ready for the new football season and prepare yourself. And a great way to do that is to get a new pair of fresh looking football boots.

Nike has decided to launch two new collections of football boots. And they look very different from each other. They do have one thing in common though - they look insanely fresh!

We have the Nike Daybreak and the Nike Black x Chile Red. The first one showing us some sparkling colours and the second one is giving us a clean, dark look. Let’s take a look at them!

The Daybreak collection gives us the Tiempo in a cool looking white and blue colourway with the front of the boot and leather part in white while the heel is blue. The big Swoosh and laces are kept in black. The Mercurial look fast. Like REALLY fast. It has the same Swoosh as the Neighbourhood boots had, where it looks like a lightning bolt. And then we have the new Phantom GT. We have seen this being released last week and it joins the Daybreak boots.

The name ‘Daybreak’ might be a reference to the return of football. We have been shut down for months and now football emerges again.

The Nike Black x Chile Red obviously refers to the colourway of the boots. A dark colourway makes these boots stand out from the colourful Daybreak boots. We get the Mercurial and the Phantom GT. The Mercurial has the same lightning shaped Swoosh as mentioned before. This is kept in black with a red outline.

The Phantom GT has the same look with red Swooshes covering the upper. You can get the new Nike boots before everyone else at Unisport TODAY! So be quick and choose between the colourful sparkles or the subtle and clean dark.