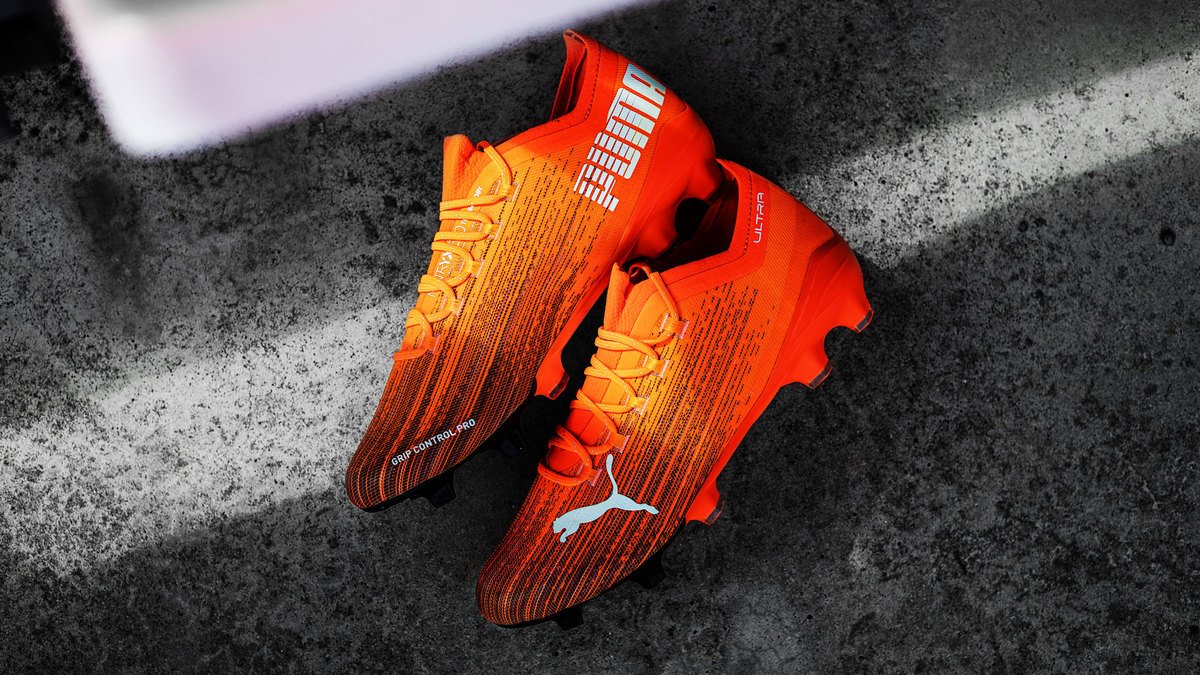 Have you ever wondered what it would feel like, if you had a boot so light that you couldn’t feel it at all, when playing? Well, now it’s not only a dream - it’s the reality. With their new Chasing Adrenaline pack, PUMA introduces us to a brand new boot; The PUMA Ultra. A boot of only 160 grams (!). We don’t even know where to start?!

The Ultra is made in the thin Matryx Evo-material, which consist of aramid-fibers and carbon-threads. Combined together, they support your foot and gives the boot structure and stability. Besides that, you’ll find that the upper close to the heel and ankle is made of a knitted sock, which gives you a smooth and nice feeling when wearing the boot.

The soleplate is made of Peba, which gives the boot flexibility in the front of the boot, but also a strong mid-foot, that stabilizes you. The studs are elongated and makes it possible for you to stand your ground and run off, before your opponent even senses it.

It’s all about being light and fast in the modern age of football. And you know that speed gives you adrenaline. With this dramatic orange, you sure will be chasing the adrenaline.

The new Ultra will be worn by the likes of Antoine Griezmann, Sergio Kun Agüero and other prominent PUMA players. So keep an eye out and see if you can find, who wears the Ultra before we do.

Are you also excited and thrilled about the 160 gram PUMA Ultra? Well, then you are at the right place. Because you can get the Ultra as pre-sale here at Unisport - and then you’ll get it before everyone else!