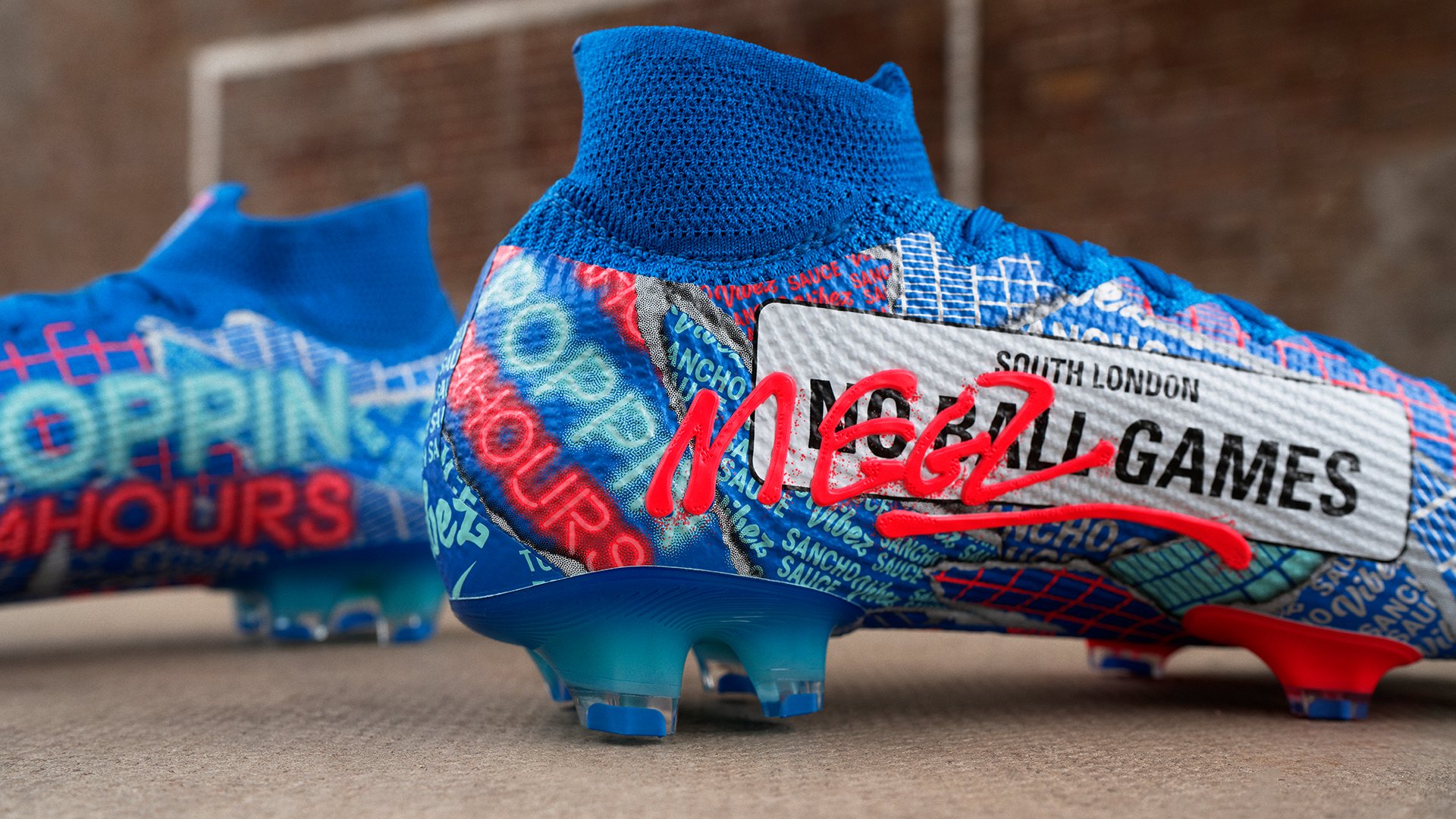 One of the brightest stars on the football sky is the just 20-year old English fella by the name of Jadon Sancho. Last season Sancho had a huge breakthrough with lots of goals and assists. And therefore it is no wonder that Nike and Sancho now are teaming up and launching a boot that looks totally bonkers. A boot that pays a tribute to Sanchos childhood and youth in the streets of South East London.

Jadon Sancho might only be 20 years old, but his way of doing skills, scoring goals and creating assists looks too easy - and it has made him a footballer known worldwide. But abilities like his don't come to you, if you haven’t worked hard or played thousands of hours of football. Like any other football player, the foundation for Sanchos career is found in his childhood - and in Sanchos case, the childhood was played out in the streets of London. More precisely in the streets of South East London and the district of Kennington.

Thus the Sancho x Nike collection of footwear and apparel has it’s name from the postal code of Kennington and goes by the name; The SE11 Sancho Collection. The SE11 Sancho Collection will among others include a stunning Nike F.C. jersey, a smashing track suit and a Mercurial Superfly, that looks absolutely crazy. Let’s take a look at the boot and then we will dive into the design of it. We promise you; you haven’t seen anything like it before!

The SE11 Sancho Superfly boots are hidden with lots of cultural references to the streets of London. On the left boot you’ll find a street sign with the writing: “NO BALL GAMES”. Those signs are all over the streets of London. But Sancho and his friends never let those signs stop them. Cause if you want to become something huge, you can’t let anything stop you. On top of the sign, the word “MEGZ” is written in a red graffiti like font, referring to the word “nutmeg”. Something that's also a signature trademark for Sancho’s unique style of play.

On the right boot you’ll see the words “Poppin 24 hours” - because that’s what you need to do, in order to become a star like Sancho. The words “Blue Park” is inscribed on the laces, because that is what Jadon and his friends used to call the concrete pitches across Kennington. And written across both boots you’ll find the words “Sancho Sauce” and “Vibez”. “Sancho Sauce” is something that Sancho would use to describe his way of playing and “Vibez” is a term he uses to describe what football does to him. It’s giving him a great feeling that he can’t get anywhere else. And we gotta say - we totally agree.