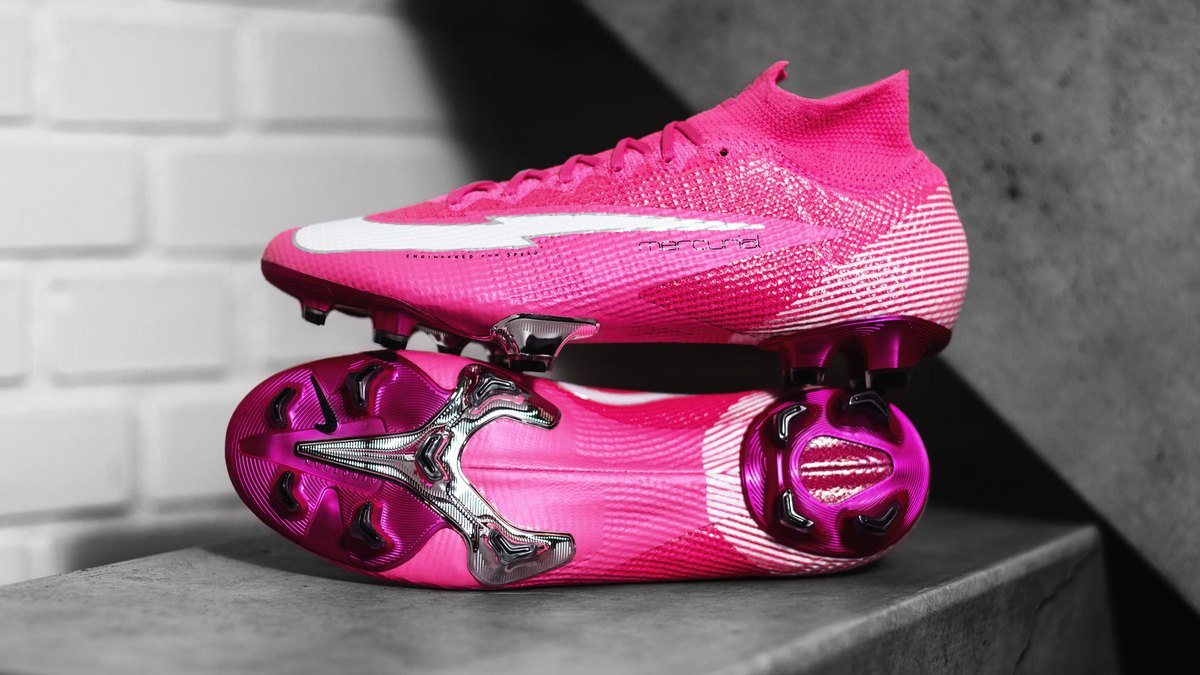 Back in 2008 a young French guy played in the streets of Bondy. At the same time another French guy stepped onto the field in the great Allianz Arena with a very special colour on his boots. A pink colour! The young guy from Bondy saw this and instantly thought this was the coolest boot ever. And now he brings that same colour back to life.

But there is more to it than that. The young guy from Bondy, which you might have guessed is Kylian Mbappé, did not only think that it was the coolest boot on Earth. He also begged his parents asking them to buy him a pair of the Vapor IV Berry. His parents then saved up for a quarter of a year, so they finally could offer him the boots that he had seen the great superstar Franck Ribéry play in. In a second, a young Kylian became the most happy child in the world.

Now it’s 2020 and Kylian Mbappé is a huge star himself - playing for the mighty Paris Saint-Germain and the French national team. And now he might make lots of kids around beg their parents, because now he brings the unique pink colour back to the worldstage. And frankly - God, we have missed this colour! Just look at it! No seriously, take a look at it - and continue reading below the pictures of the stunning Nike Mercurial Superfly Mbappé Rosa.

As you can see in the pictures above, the Mercurial Superfly Mbappé Rosa is predominantly in pink with a big lightning Swoosh in white on the side. At the heel, you’ll find white stripes too. Underneath the Swoosh on the outer side you’ll find the text: “MERCURIAL”. And if you look close enough on the Swoosh on the inner, you’ll see a lot of small “M”, which stands for Mercurial - and maybe in this case Mbappé too.

The so-called pink panther, berry, cherry or rosa boot will be worn by Kylian Mbappé in the Superfly edition. But if you are more into the low-cut version, then you don’t have to worry. It will also come in a Vapor edition. Besides that, you will also find an apparel collection made for the boots and for Kylian Mbappé.

Do you also want to wear Kylian Mbappés stunning Nike Mercurial Superfly Rosa? Well, then you are at the right place. Because you can buy the breathtaking pink boot right here at Unisport!