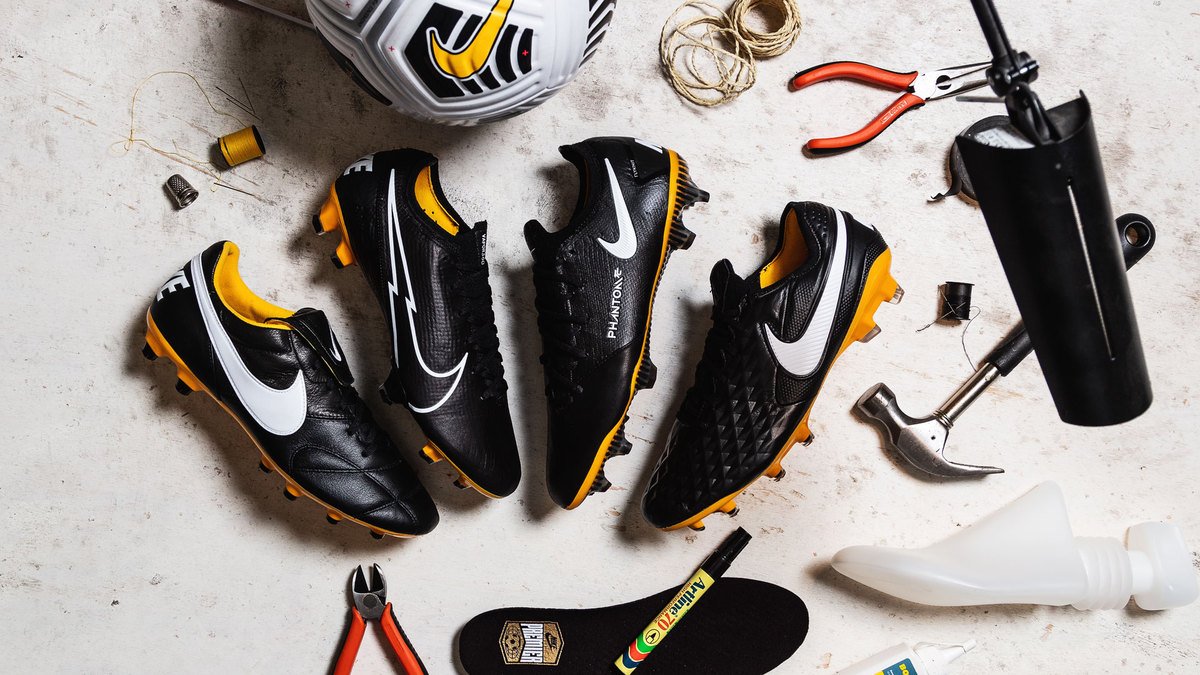 The new Tech Craft launch from Nike is a reference to a legendary and iconic boot.

Nike football boots have some of the latest and most innovative technologies. The Mercurial boots are made for speed, the Phantom GT are made for the skillful players. And the Tiempo and Premier are made for those who want leather, comfort and a classy look.

The classy look and leather is now something that can be seen on all Nike boots. Today they launch their latest Tech Craft collection, spoiling us with FOUR boots. Vapor, Phantom GT, Tiempo and Premier. Let’s take a look at them down below!

Let’s start off with the Vapor. There’s just something about black boots - and the Vapor 13 Tech Craft looks absolutely stunning with its K-leather upper, big lightning Swoosh and yellow soleplate. On the back of the heel we see a big ‘NIKE’ branding. A reference to the Nike Premier from 1994, which were actually worn by 10 out of 22 players in the starting line-ups in the World CUp final between Brazil and Italy. Among these players were Romario and Paolo Maldini - some of the absolute best players on Earth at the time.

And speaking of the Nike Premier, let’s move on to that. It’s almost a remake of the one from 1994. But with a few changes. We see the same yellow soleplate as the Vapor and the ‘NIKE’ branding on the heel. We are big fans of the big Swoosh on these!

Next up we have the newest member of the Nike family- the Phantom GT. The GT stands for Generate Texture which is the key technology in the boots.. normally! Because with the Tech Craft, it has a leather upper instead. It still looks insane and it would be amazing to see these on pitch. The Swoosh on the forefoot is made in darker colours to give a more ‘blackout’ feeling of the boots. The soleplates are yellow and we have the ‘NIKE’ branding on the heel.

Last up is the Tiempo Legend. The Tech Craft version of these are basically the same as normal since it’s a leather boot with great comfort. The new look is stylish and the details fits perfectly with the Tiempo.

You can get all the new Tech Craft boots at Unisport