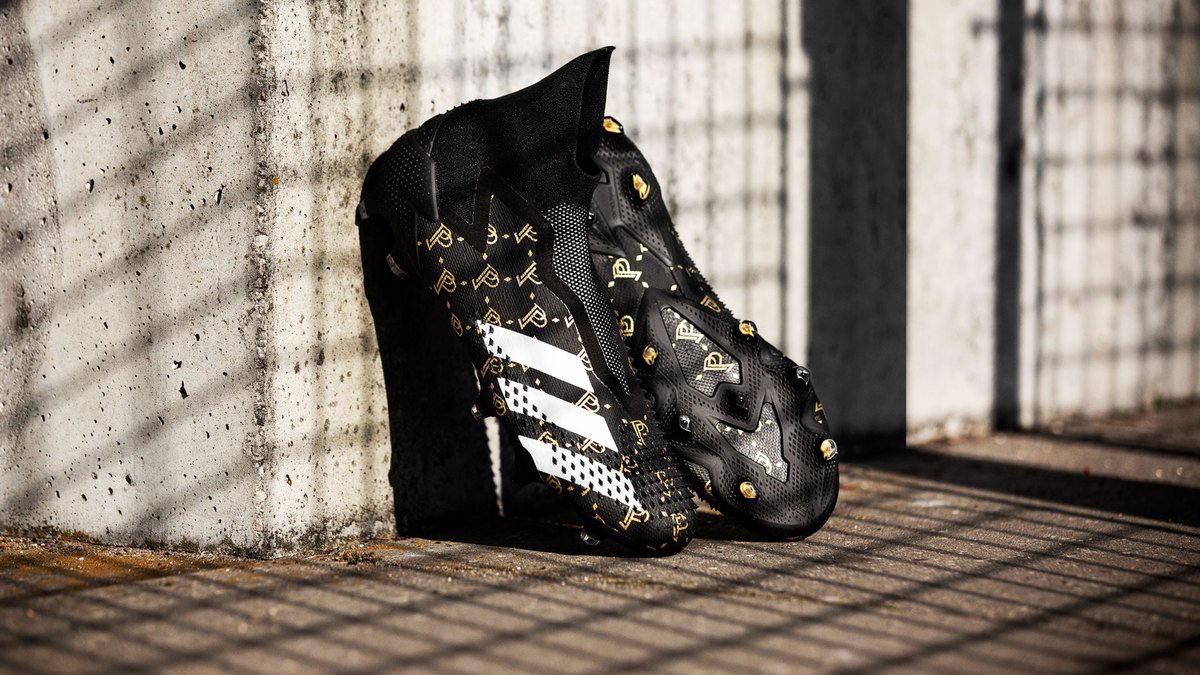 The new boots for the French superstar are here. A crazy and spectacular design is about to enter the pitch at Old Trafford.

We’ve seen some great colourways of the Predator 20+ in 2020. Both simple, dark colours and vibrant colourful boots. And now it’s time for yet another colorway of the Preds. It’s time for Pogba Season 7.

The flamboyant French star, Paul Pogba, is ready with a new signature boot along with adidas - his seventh, hence the name of the boot. He’s known as a fashion icon and always shows the latest styles. And it’s quite spectacular. Take a look at it first and we’ll talk about it after the pictures.

The boots are made in a predominantly black colourway. But of course Pogba can’t use a simple and plain design. He needs something extra. So he and adidas has put his “PP” branding all over the upper. Made in gold. The three adidas stripes are white.

Since it’s a Predator 20+, we see the same technologies as previous. The upper is covered with the Demonskin and spikes to give to you best possibilities of controlling the ball and give it some extra swerve when finishing or passing - just like Paul Pogba does.

It’s going to be amazing to watch Pogba drive his opponents crazy with his brilliant passes and sharp dribbles. And he will definitely own the pitch with his new look. And speaking about looks - the Season 7 comes with a full collection of clothing as well which includes t-shirt, pants and sneakers.

You can get your own pair of the boots at Unisport. But just to let you know; they are very limited, so you have to be fast and get them before it’s too late.