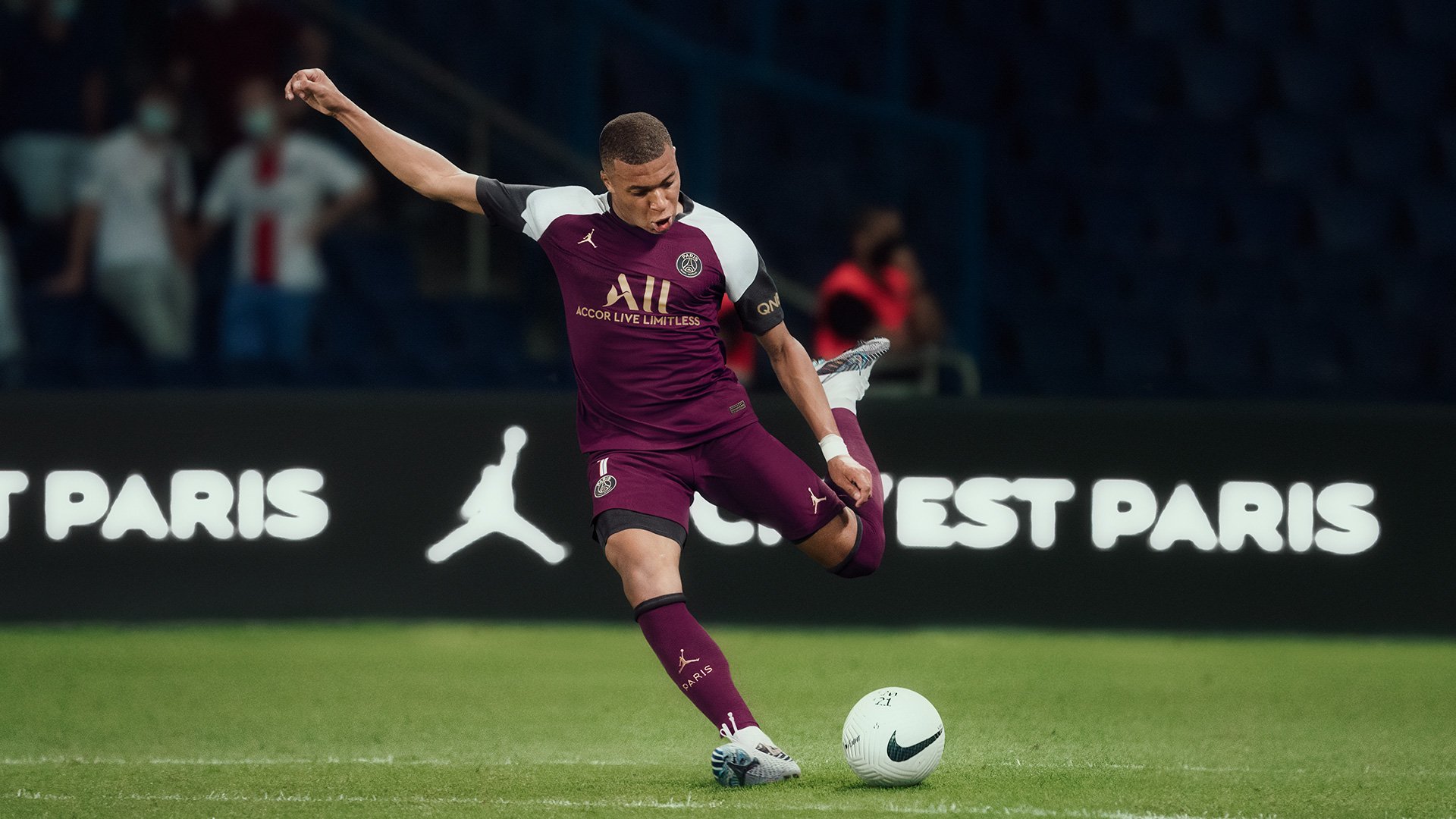 The popular and always fashionable collaboration between Paris Saint-Germain and Jordan continues into the 20/21-season!

The big club from the French Capital, Paris Saint Germain, have in recent years collaborated with Jordan, which has led to some magnificent shirts and lifestyle items. One of the shirts even made it into our blog about 25 of the craziest, most stunning and best looking shirts from the past 25 years.

Now this successful collab’ continues once again - and it keeps its high level of luxury and fashion look. Thankfully it will include both a shirt, which will feature as PSG’s third shirt for this season, and a lifestyle collection, which will dominate the streets of Paris - and probably streets all over the world.

The new PSG third shirt resembles class with its colours of bordeaux, white and gold. These colours remind us of an old PSG away shirt from the 2006/07, which also looked very classy and looked like a piece of Louis Vuitton.

The third shirt finds its inspiration in the Parisian fans and it wants to elevate the fans to the same level as the athletes. Why, you might ask? Because the fans give the athletes inspiration to give their all and fight, just like the athletes, such as Kylian Mbappé and Neymar, inspire millions of fans around the world.

As mentioned before this is not only a shirt launch - the collaboration features a cool lifestyle collection too, including hoodies and sneakers among others. Especially the sneakers are worth a look, as they feature some legendary Jordan sneakers in the Jordan Zoom 92 and the Jordan Air Zoom Renegade - both made in a PSG edition.

Check out the full collection in the pictures below.