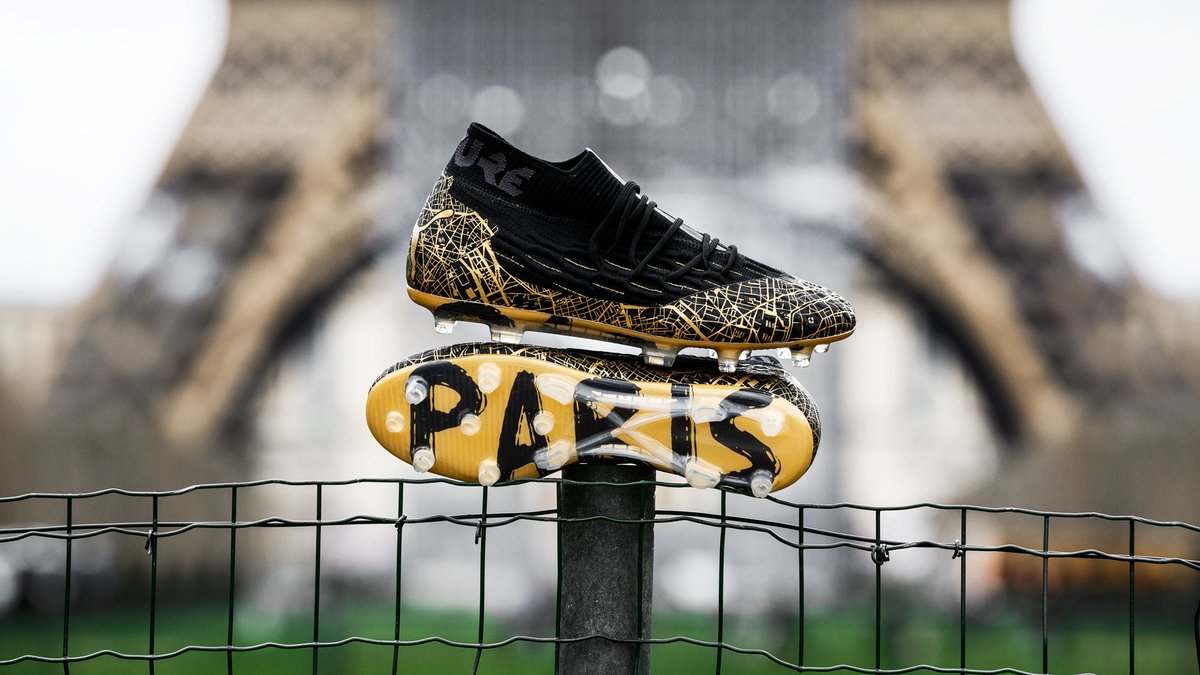 This is THE collab of the year. Unisport is pleased to introduce a special limited edition boot created with french rapper, Jok'Air and PUMA.

The Paris City Pack is inspired by Jok'air's story and it's covered in small details and references to his journey from the streets to the concert halls. We are delighted to introduce to you this crazy boot.

To celebrate the 25th anniversary of Unisport and the first anniversary of our store in Paris, we decided to go big. We have worked for more than a year to make this amazing pair of boots, with Paris as the main topic. From the manufacturing process, through the design as well as the details, Jok'Air and Unisport have worked hand in hand to achieve this result. This pair is the pair of Paris, the city where everything is possible. Jok'Air made his name in this city and became one of the best in the french rap game. It is now your time to play.

Discover in details how the boot has been designed.

From the street to fame

Jok'Air has walked the streets of Paris in search of success. From shadow to light, that's what Jok'Air experienced and that is exactly what the golden Paris city map represents.

The streets are where the art lives. On the soleplate the word "Paris" is written in a bold font - a nod to the graffiti and tags dominating the neighborhood where Jok'Air grew up.

Paris, the city of Jok'Air

Only 75 pairs made. Jok'Air grew up in the 75 (Paris). As a subtle tribute to his city, the tongue and laces features the word P7RI5.

These boots will be worn by french player, Allan Saint-Maximin, during today's game between Newcastle and Manchester United.

How can you get the boots?

The boots will be available exclusively in our Unisport Paris store from 10AM (CET). Come get your pair at the store and you can even meet Jok'Air in person!

If you can't visit us in our store, no problem! The pair will be available from 6PM (CET) and not before, via the link below. Be on time because the stock is extremely limited.