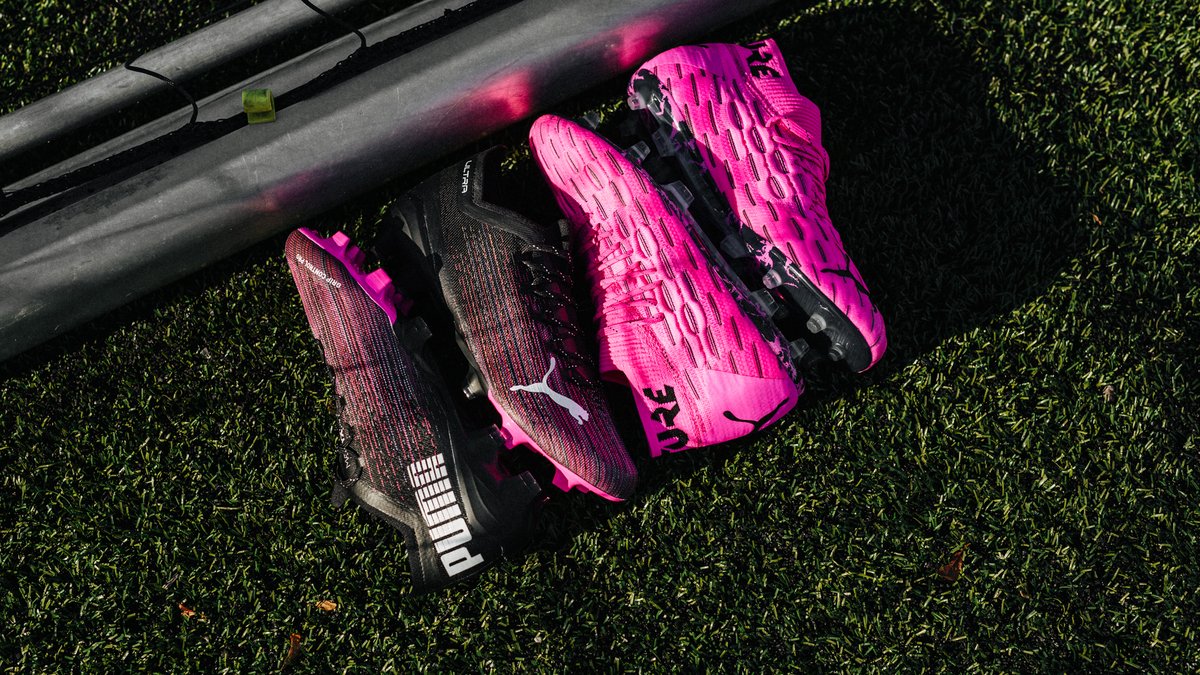 Wild, crazy, fast! These are the first words that come to mind, when looking at the new colourway from PUMA. A colourway called Turbo, and quite frankly; neither have the Ultra or the Future ever looked this fast! So Turbo might just be the perfect word to describe this new colourway. Let’s see what PUMA has in store for us.

PUMA has released some pretty fast boots lately, including their 90 gram Ultra SL, the Ultra Leather, the popular Eclipse pack and not to forget the Chasing Adrenaline colourway. And just when you thought it couldn’t get any faster, PUMA releases this pink and black colourway called Turbo. A name, which is the perfect description for this colourway!

The Turbo pack is made for football in the highest possible gear, putting the torque of a turbocharged engine and all the control of a highly tuned machine at your feet. The Turbo pack wants to celebrate football in overdrive with colors inspired by the smoke and dust left behind on the race tracks. If that doesn’t sound fast, then what do?

Lets dive a bit into the two silos from PUMA. And we’ll kick it off with their latest innovation and newest addition to the PUMA family; the Ultra. Ultra is PUMA’s speed boot and with a weight of only a 160 gram, the boot lives up to its reputation. The Ultra Turbo (doesn’t that sound fast?!) is of course fitted with the MATRYXEVO tech, in the form of a woven upper merged with Aramid and carbon fibres. The soleplate is made of the ultra fast PEBA SpeedUnit outsole, which is inspired by track running and with its v-shaped studs, the soleplate delivers maximum traction and acceleration. It isn’t a coincidence that Antoine Griezmann and Sergio Agüero wear these after all.

If we move onto one of the older members of the PUMA Family, we’ll find the popular PUMA Future. PUMA Future isn’t necessarily promoted as a speed boot. But with this colourway, we might have to re-think that. The new Turbo-edition of the Future is pink - and it’s not just a little mark or a logo that’s pink. Nope, the whole upper is PINK! In our opinion it looks totally bonkers and faster than ever! Fortunately the Future still has the same great techs as we are used to. The revolutionary GripControl PRO coverage, the groundbreaking lacing system, a single piece upper and light RAPIDAGILITY soleplate. The PUMA Future is of course worn by star players such as Marco Reus and Luis Suarez.

You can get your own pair of PUMA Turbo boots at Unisport right here!