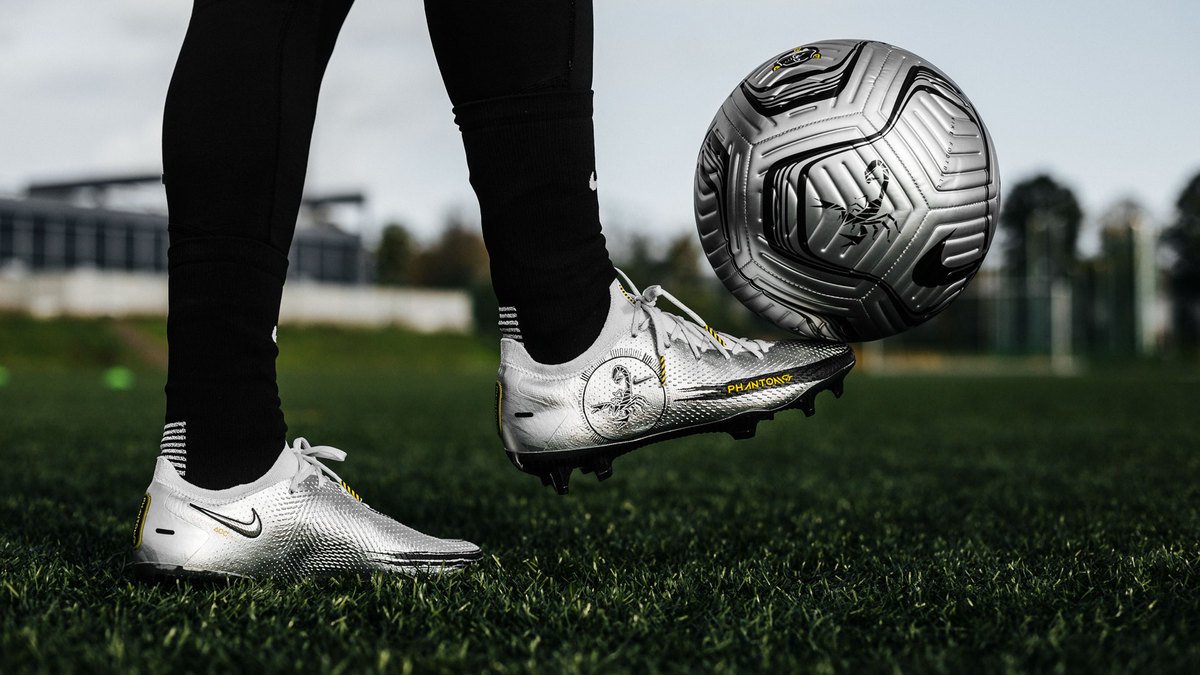 Now it’s time for Nike to take us on a trip down memory lane, as the Phantom GT launches in a sick new colorway called Scorpion. The colorway is clearly a shout out to an iconic commercial from Nike. A commercial which featured 24 of the best football players in the world, a secret tournament in a cage and a scorpion of course. Sounds awesome, right?! Let’s check it out.

The year was 2002 and the 17th edition of the World Cup was hosted by Japan and South Korea. As the World Cup was approaching, Nike launched a commercial which went on to be one of the most legendary commercials ever - if not, the most! The commercial was called “Secret Tournament”, but was also known as “The Cage” or “Scorpion KO”. It featured 24 of the best players on the planet, which were divided into teams of three players. We are talking about players like Thierry Henry, Ronaldo, Paul Scholes, Francesco Totti, Patrick Vieira, Ronaldinho, Luís Figo and Roberto Carlos - and we could go on and on!

The eight teams, which were named things like “Triple Espresso”, “The Onetouchables” and “Os Tornados”, battled out in a 3v3 knockout tournament - with only one rule: 1st goal wins! And they did it inside a steel cage. On a military ship. With Eric Cantona as the referee. And Elvis Presley playing out of the speakers. If you aren’t excited about this set-up, then something might be wrong with you.

Besides being one of the best commercials ever with an extraordinary set-up, the commercial also introduced a scorpion logo, which became a mythical logo. And this scorpion logo is now making a return to the world of football.

Nike’s latest innovation Phantom GT will launch in a brand new colourway called Scorpion. The scorpion logo from 2002, accompanied the new phrases “Secret Tournament” and “Engineered for skills”, is to be found on the outside of the Phantom GT, like it’s branded into the boot. And a small yellow scorpion logo is also printed underneath on the stunning black soleplate. Besides the logo, is the upper on Phantom Scorpion mostly a silver chrome boot with black and yellow details. Some of which are looking like hazard stripes. All in all; an absolutely dazzling boot.

We would love it if Nike launched a new commercial, which was like the “Secret Tournament” from 2002. And something is telling us that there might be something coming. Nike has given us a list of eight teams and their players. This time, we are talking about players like Mason Greenwood, Pernille Harder, Kai Havertz, Lucy Bronze, Lautaro Martinez, Grace Geyoro, Rodrygo, Sam Mewis and Eduardo Camavinga. And they will feature in teams such as “The G-team”, “Precious Cargo” and “The Strikers Committee”.

We aren't sure what this is about yet, but if it’s just half as crazy as the commercial from 2002 - well, then we are in for a treat!

Techs of the Phantom Scorpion and an iconic ball

The Phantom GT Scorpion will as always have the generative texture upper, which enhances your grip and control of the ball. The outsole is made of Nikes hyper-quick-system, for maximum traction and acceleration. Last but not least is the outer layer made from elastic Flyknit, which gives you comfort and stability. Summarized into three words: A perfect boot!

But the Phantom GT is not alone. The Scorpion launch will also feature the iconic silver ball with the scorpion logo from the ‘Secret Tournament’.