In yesterday's boot spots we zoomed in on Tomas Rosicky from Arsenal, who was playing in a pair of evoPOWER, but with a leather upper. It looks like PUMA were on board with the idea, because they have just released a whiteout version of the power boot clad fully in leather. Check it out here. 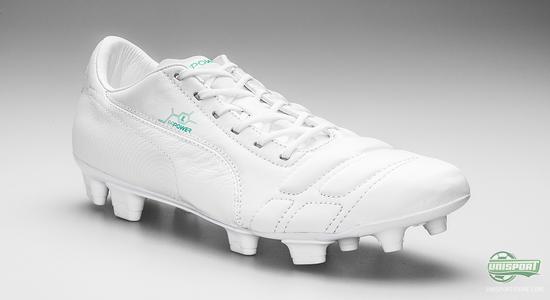 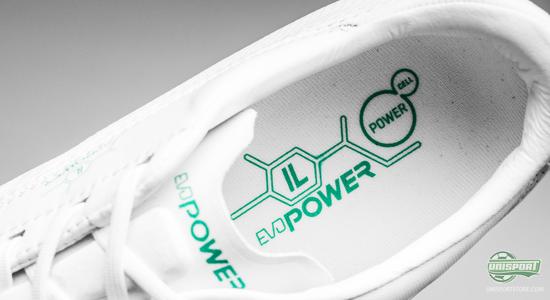 At PUMA football boots with leather upper is far from alien to them. The iconic Puma King has used by some of the worlds most legendary players and is still today seen as one of the worlds best and most reliable leather boots on sale. It therefore makes good sense that PUMA have chosen to make their ultra popular evoPOWER with leather. 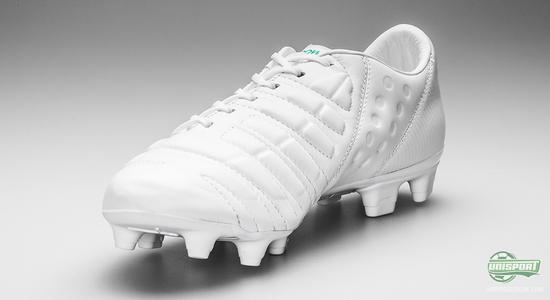 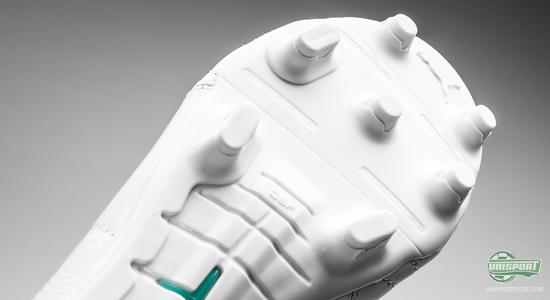 The evoPOWER, which came out in the beginning of the year, has in record time won a place in the heart of PUMA boot lovers. Developed to increase the power of your strike, the evoPOWER offers something unique to the current selection of football boots. 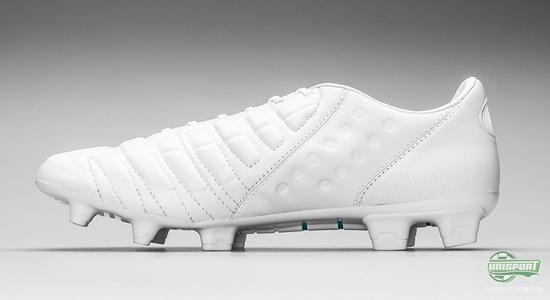 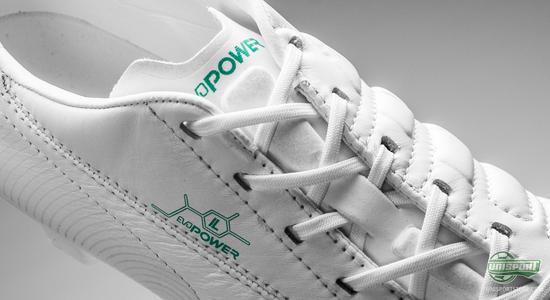 And the synthetic upper, AdapLite, is one of the reasons the evoPOWER has been so popular. So a fair question would be, why change a winning combination? Well just like the synthetic brings something to the party, so does the leather and the classic material does have some advantages, which synthetic just can't match. 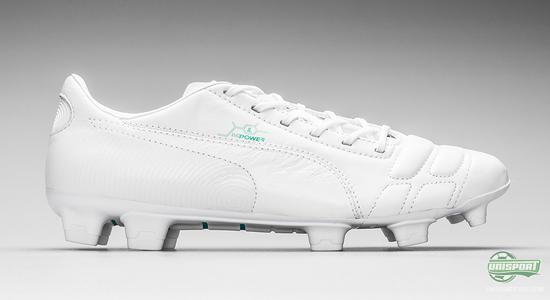 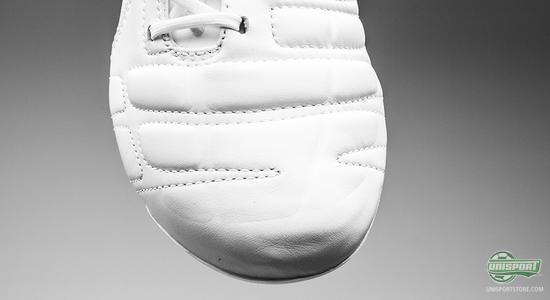 To satisfy those who swear by having leather boots, PUMA have chosen to bring out their popular silo in that too. And what does the leather do? Well, leather first and foremost gives a comfort, which is damn near impossible to recreate with any other material. Leather also has a unique ability to shape itself to your foot far more than other materials would and this is particularly a quality that many footballers enjoy. 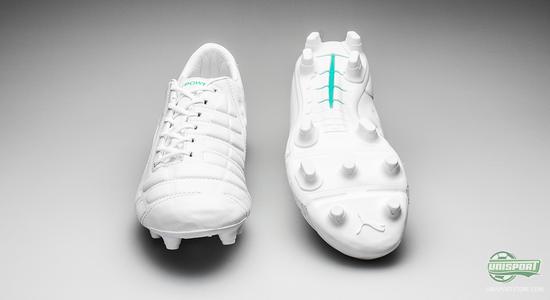 While the comfort stands as the primary reason for making the evoPOWER with a leather upper, the feel with the ball you get should not be neglected either. With leather you get a very different touch, which feels softer. This is the part of leather boots that often divides opinion, because some love this pillow feel, while others need the ball close to their feet, like you get with synthetic. 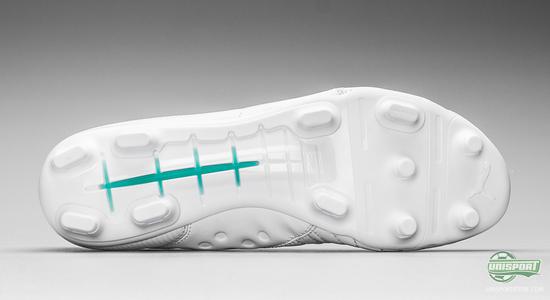 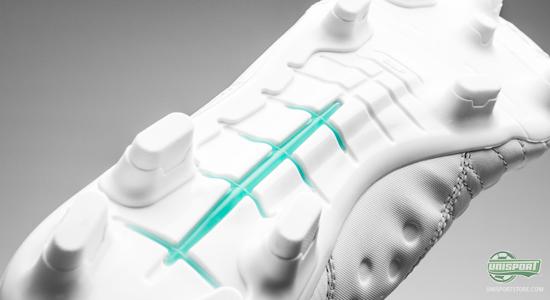 Apart from these two elements, the evoPOWER is still more or less a powerful football boot that focuses first and foremost on giving you a more forceful strike. This is achieved through the sole, which has a spine-like construction that PUMA have dubbed the GSF. GSF stands for Gradual Stability Frame and this construction means the boot can bend and stretch to all the foots movements. This is because PUMA found out that your kick is made stronger, when the foot can move completely freely. 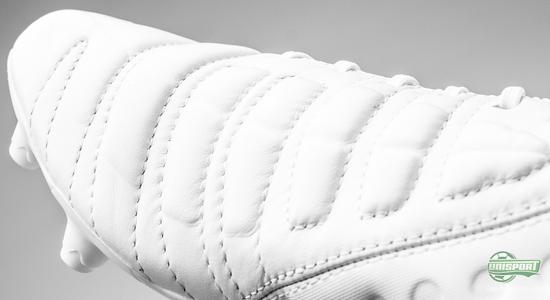 Another feature that also improves your strike are the AccuFoam pods that are situated above the instep and PUMA have naturally kept them on this leather version. The pillows are placed there to even out any bumps and unevenness your foot has, so you get a cleaner strike, which once again leads to a more powerful shot. 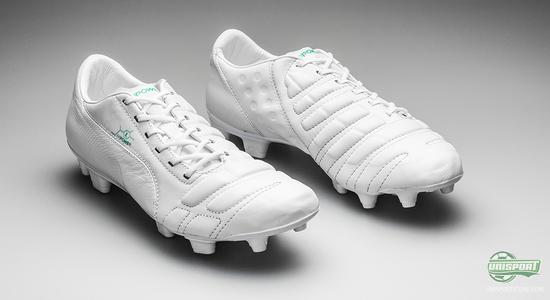 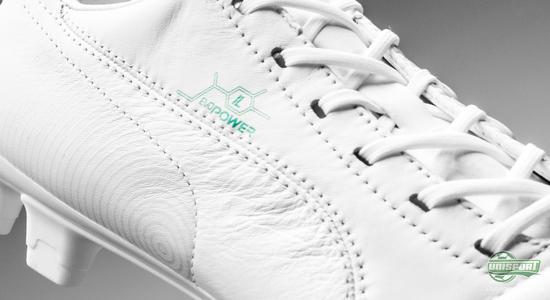 To ensure the foot doesn't move around inside the boot, PUMA have added their Ever Fit Cage EXT, which is strategically placed around the mid-foot. This skeleton helps keep the foot in place, when making sharp cuts and drastic changes of direction. 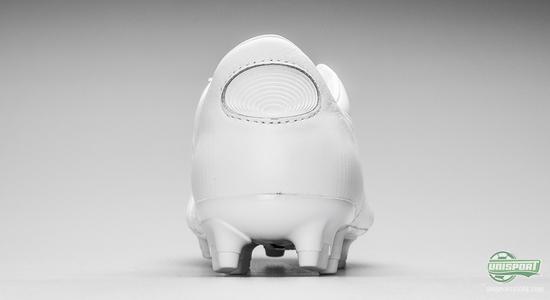