If there was one shirt that adidas had to point to, which they felt was extra meaningful to them, it would probably be their compatriots from Bayern Munich. The two parties have been together for as long as anyone can remember. Now adidas are ready with another new away-shirt for the collection. See more here. 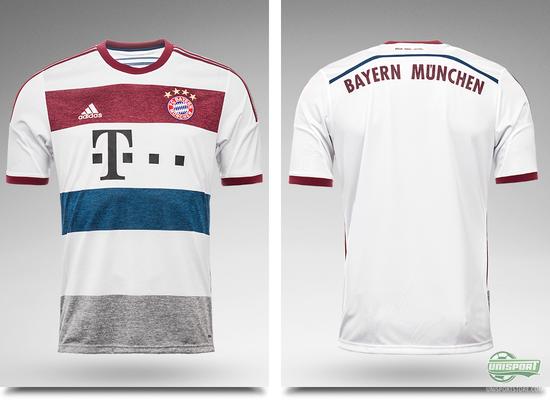 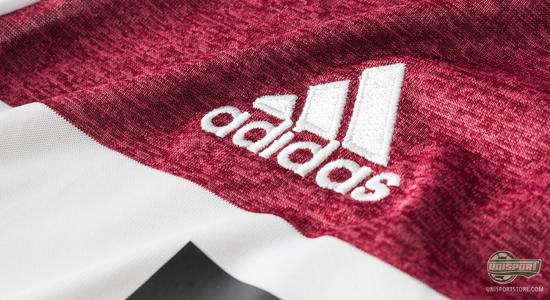 Last season was far from a failure for Bayern Munich, who won both the domestic league and league cup. Still most Bayern Munich supporters sat with a feeling of it not having been completely perfect. As favourites to defend their Champions League title, it was with a bleeding heart that the Germans were knocked out of the tournament in the semi-finals. This is however probably something Guardiola wants to correct in the coming season. 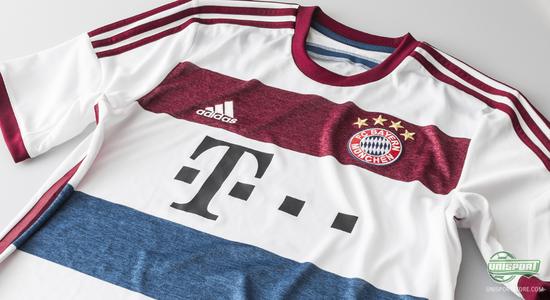 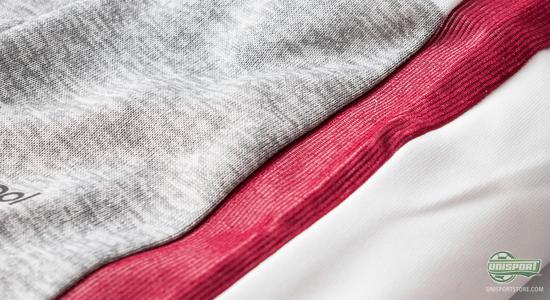 Adidas have actually already unveiled the Bayern Munich home-shirt, something they did before last season even ended. Now they are ready with the away-shirt and what a shirt! With the design adidas attempt to fuse football and leisure in one very fashionable shirt that not only respects the clubs iconic colours, but also gets plenty of inspiration from the latest fashion trends. 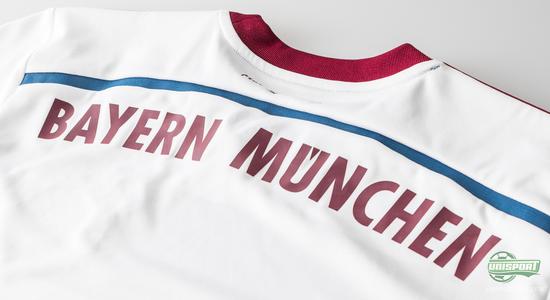 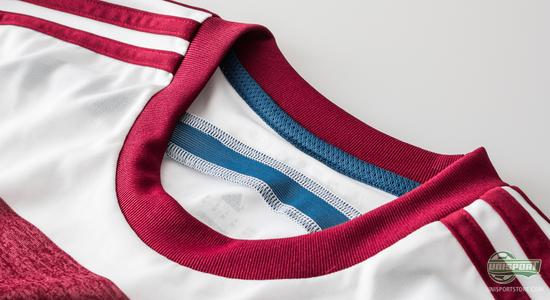 The shirt is predominantly white with three horizontal stripes, one in an almost burgundy red, another in blue, while the last stripe is grey. The deep red shade is also used around the colour and runs down the shoulders, in the form of the three adidas stripes. On the back you see the clubs name printed across, so there can be no doubt where your allegiances lie. 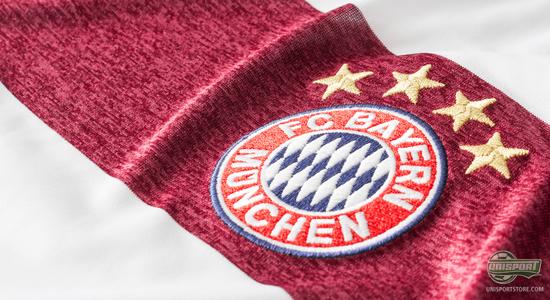 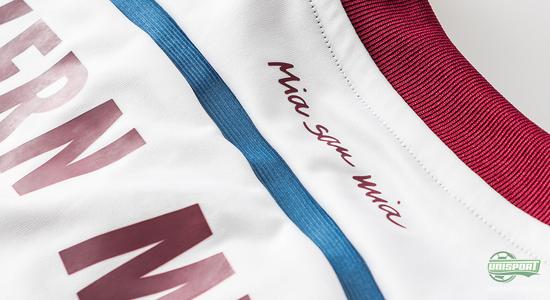 Another well known element on the shirt, is the clubs iconic logo that sits placed over the heart, and it is joined by the clubs sponsor 'Deutsche Telekom' on the middle of the shirt. On the other side adidas have added the famous moto “Mia San Mia”, which means we are who we are. 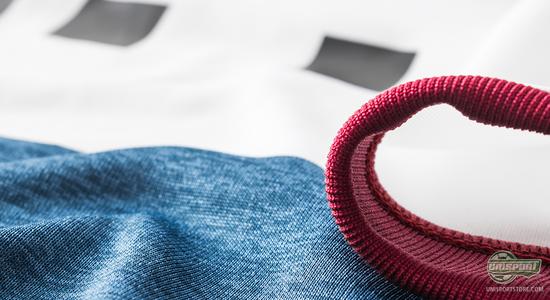 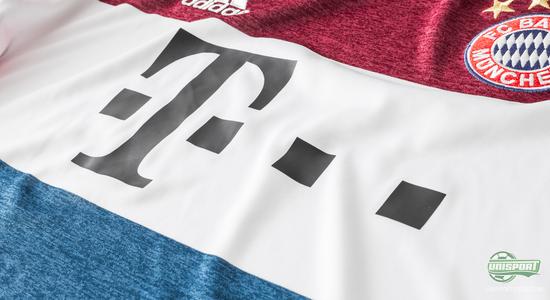 The new away-shirt will be used for the first time, when Bayern Munich attend the Telekom Cup this weekend in Hamborg, where the Bavarians will face Hamburger SV, VFL Wolfsburg and Borussia Mönchengladbach. Who will try to steal the German champions thunder, who also happen to be the defending champions of this yearly pre-season tournament. 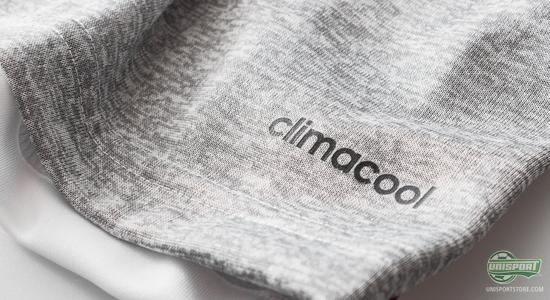 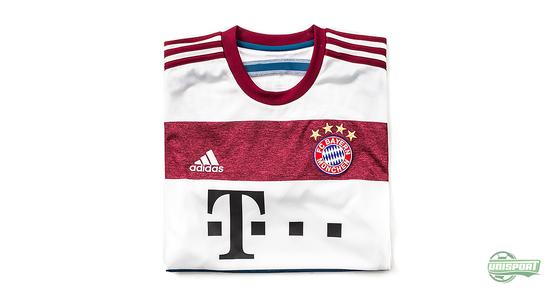 We don't know about you, but we are pretty impressed with Bayern Munich's new away-shirt, which in our opinion is spot on. We are sure Ribery, Robben, Müller and all the other Bayern stars are just as impressed as we are. But our thoughts don't matter as much – what do you guys think?