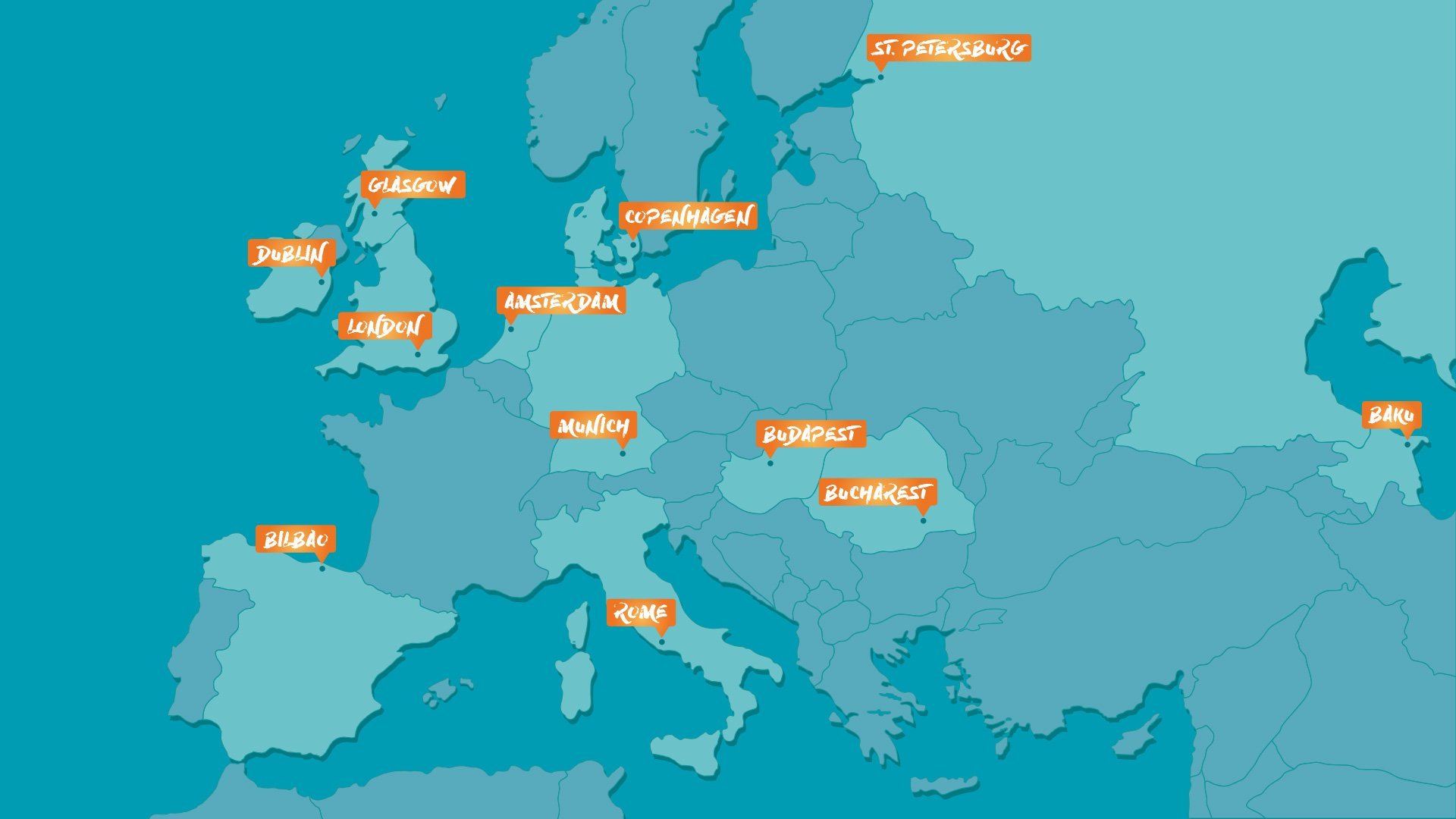 To our great dismay, EURO 2020, unfortunately, had to be postponed a year due to the COVID-19 outbreak. It was a tough break for all football fans (to put it mildly), but now we can finally begin to rejoice once again! A summer of EURO football and big emotions is waiting ahead, and Unisport will guide you through all that you need to know about this major football festival in our Unisport EURO 2020 football series. We will kick-off with this practical EURO 2020 guide before taking a closer look at groups, teams, players and of course related football products. So without further ado - let’s dig in.

First of all, a quick mention of the naming, which has caused a bit of confusion among football fans. It would probably make logical sense to rename EURO 2020 to EURO 2021, but UEFA has decided to keep the naming for the tournament to honour the event’s original vision and to avoid re-branding tasks and issues.

Naturally, the naming always differs a bit depending on who you ask, but now you know that the tournament is officially labelled as EURO 2020 and not EURO 2021. Actually, the formal name is the 2020 UEFA European Football Championship - the 16th tournament of its kind.

24 teams will be participating in the tournament and to celebrate the tournament’s 60th birthday, 12 (now 11) cities across the continent were chosen by UEFA to host the venues.

Along with keeping the EURO 2020 naming, UEFA also confirmed last year that the 12 hosting countries and venues will remain the same. As such, the EURO 2020 fixtures will take place in:

We definitely have several iconic football stadiums lined up for some epic matches, such as Stadio Olimpico, Hampden Park and Allianz Arena, with the legendary Wembley standing out in particular, ready to host the semi-finals as well as the EURO 2020 final.

Before we head on to the EURO 2020 groups, we will quickly address a couple of practical questions below.

Is EURO 2020 being cancelled or postponed again?

The corona pandemic is a global problem that will also be present to some extent during the summer. This makes it a bit difficult to predict if the tournament potentially will be postponed for the second time.

However, we are very optimistic that this will definitely not be the case, as UEFA-president Alexander Ceferin recently reaffirmed that the EURO 2020 tournament will unfold more or less exactly as planned across Europe.

At the moment, there are no tickets on sale due to the uncertainties regarding the COVID-19 situation. According to UEFA, information about future ticket sales will be available in April 2021.

Yes. For the first time, the video assistant referee system, commonly known as VAR, will be used at the UEFA European Championship.

We are ready for a lot of exciting clashes in the EURO 2020 group stage! Below you will find an overview of the groups and venues.

More or less all of Europe’s finest national football teams are participating in the tournament including a couple of exciting EURO debutants as well.

In Group A, we are looking forward to seeing football mastodont, and multiple EURO winners, Italy, go up against the likes of Turkey and Switzerland as well as the semifinalists from EURO 2016, Wales.

The European football powerhouse Belgium, who won every single game in the qualification, competes in Group B against Russia, Denmark and the interesting EURO football first-timers from Finland, who made it through the EURO qualifiers.

In Group C, proclaimed group favourites Netherlands will have to play Ukraine, unbeaten in the qualification, as well as Austria and EURO newcomers North Macedonia for the top spot.

We are truly excited about the ‘Battle of Britain’ in Group D, with England and Scotland pitting themselves against each other. Here, we also have a gifted Croatian side and the Czech Republic competing for a place in the round of 16.

Things are also looking very interesting in Group E, with Spain, back-to-back winners of the European Championship in 2008 and 2012, looking to secure 1st place over Sweden, Poland and Slovakia.

Group F is, without a shred of doubt, this year’s dynamite group with the great football nations of Germany and France clashing with each other, as well as titleholders Portugal, in order to claim further advancement into the knockout phase. But who knows, maybe Hungary will surprise us? One thing we know for sure is that anything can happen at the EURO’s (throwback to 2004, when Greece caused a global sensation being crowned as European champions).

A whole month of football awaits us with up to 4 games a day! Below you will find the match schedule for the EURO group stages, the knockout phase, quarter- and semifinals as well as the big finale.

Game 4: Group B winners vs third-placed side from Group A/D/E/F; Kick-off 8pm (Seville)

All will be settled in the final on Wembley, July 11.

5 years ago, in the EURO 2016 final, Portugal clinched the major trophy and the title as European Champions after an intense final against the current World Champions from France. In extra time, substitute target man Eder appeared out of nowhere and struck the ball low in the far-right corner. By doing so, he sent all Portuguese football fans into football heaven. Now, it is finally time to see if another team is up for the challenge and ready to be crowned as the new football kings of Europe. We can’t wait!