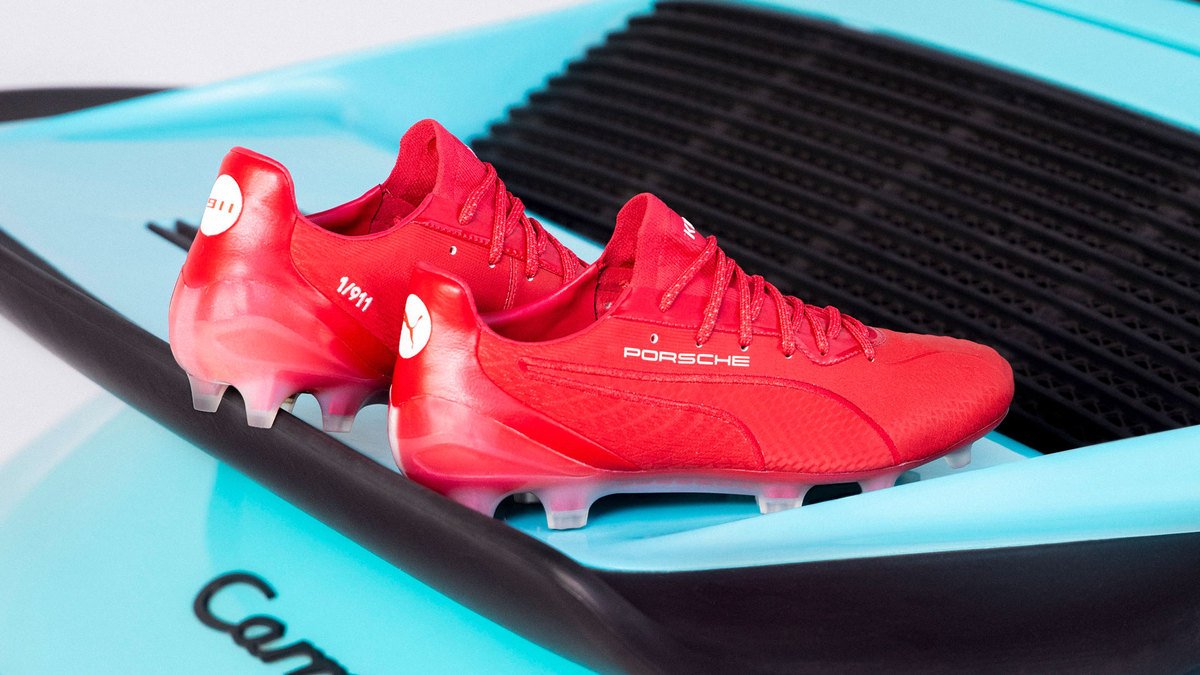 The king of leathers boots are back in a crazy colourway in an even crazier collaboration! Check out the amazing boots here!

We have seen PUMA doing collabs with car manufacturers before. They have done it with Ferrari and also with Rimac in the Ultra SL. Now it’s time for a German manufacturer to get it’s branding on a pair of boots. And it’s not just an ordinary pair. And it’s not an ordinary manufacturer. It’s the all time classic PUMA King and the extraordinary Porsche - welcome to PUMA King Platinum x Porsche 911!

When I think of Porsche, there’s one car model that comes to mind at first - the 911. And that’s exactly the one that is being used with the King Platinum boots. Classic, classy and extravagant without being too much of anything. It’s like a perfect match and I’m just thinking: “Why hasn’t this collab happened before, guys?”

But PUMA isn't new to the world of cars. They have a big role in motorsports and they are sponsoring some of the biggest teams with clothes and footwear. So it’s a great statement to use the power of one of the fastest machines in the world and integrate them with football. It’s very exclusive - there are only 911 pairs in the world!

PUMA says this about the launch:

“A moment where history and legends meet. The state of the art KING Platinum 911 Legacy FG/AG combines pure word class performance with iconic design elements. By pairing the high-performance Lazertouch technology with a classical yet striking color combination, you will clearly feel the magic. Simply creating the most valuable and fastest KING edition possible.”

The PUMA King Platinum is an updated and lighter version of the classic PUMA King. The uppers is made from soft and flexible K-leather which will provide you with superior comfort and an outstanding fit. But it won’t let you down on touch and durability. The outsole is the RAPIDSPRINT which will help your acceleration with its responsiveness.

And that red colourway is just out of this world to be honest! With Porsche written on the outside, the special boot number written on the inside and a white line underneath on the soleplate. This boot is truly one of a kind! You got to check it out on the pictures at the bottom.

You can get the super limited boots at Unisport today. But you have to be quick, as these will sell out fast!