EURO 2020 is soon to be upon us and you probably won’t find anyone looking more forward to this than Unisport. Our love for international football tournaments cannot be understated - not only do we get to watch and enjoy our favourite sport, but we also get to see the latest national kits displayed on the pitch. This blog post will take you through bits of the European football history, while paying homage to both historical football kits as well as the EURO 2020 kits to be worn this year. Go gear up with your favourite national team shirt and read along! 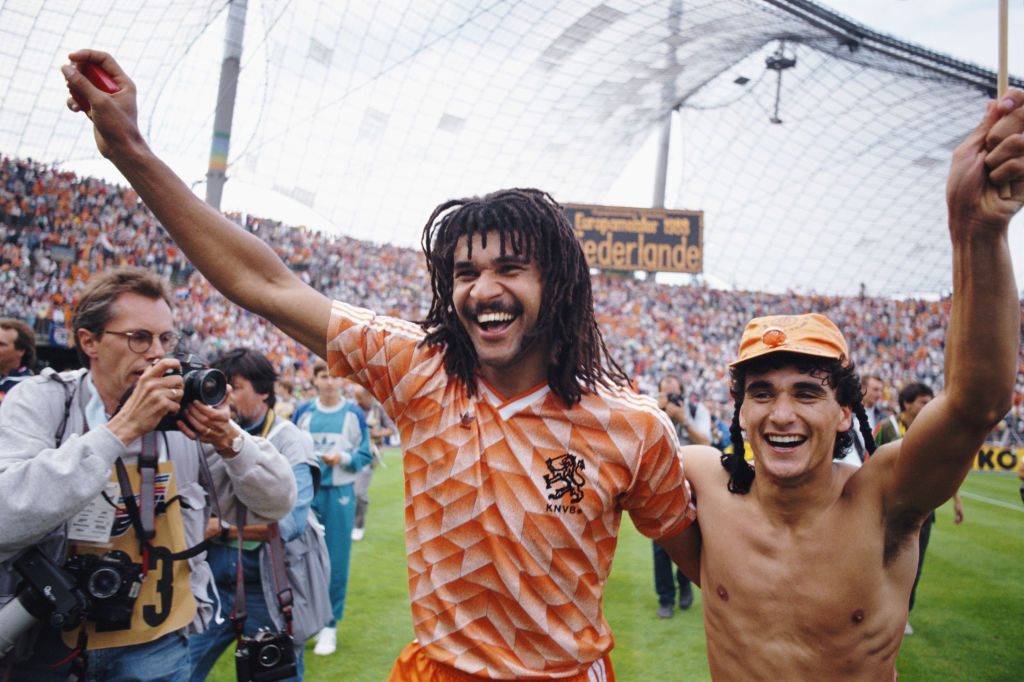 When it comes to classic football shirts, few are more iconic than the Netherlands kit from 1988. Not only did the ‘Oranje’ manage to claim the European Championship in 1988 - they also happened to have the best looking football shirt in the tournament. With pure legends of the game such as Ruud Gullit, Ronald Koeman, Frank Rijkaard and tournament topscorer Marco van Basten, the Dutch team beat the Soviet Union in the final, while looking extra fly in the orange and white adidas shirt paired with the orange-coloured shorts. Considering the distinguished ‘faded’ pattern design, the now vintage shirt can perhaps also be seen as somewhat inspirational for the absolutely amazing Nigeria x Nike shirt from 2018. 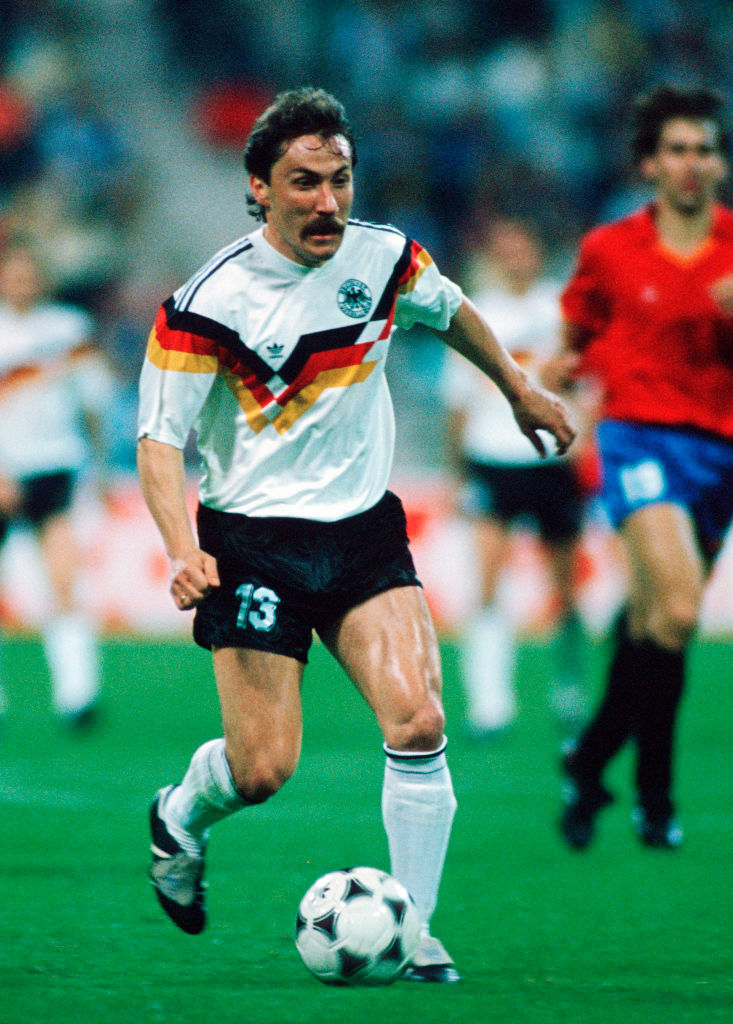 As it happens, the Netherlands wasn’t the only team to display a cool kit for the 1988 EURO’s, as the hosts from West Germany, who narrowly lost to the Netherlands in the semi-final, could also boast of having an iconic football shirt designed by adidas. The design is well-known today among many football fans as a classic retro shirt with the adidas 3 stripes on the shoulders and sharp lines of German national colours, black, red and yellow, running along the chest. The West Germans also wore the same kit for the 1990 World Cup, of which they emerged victoriously. This was also the last shirt to be worn for West Germany alone before the national teams were united. 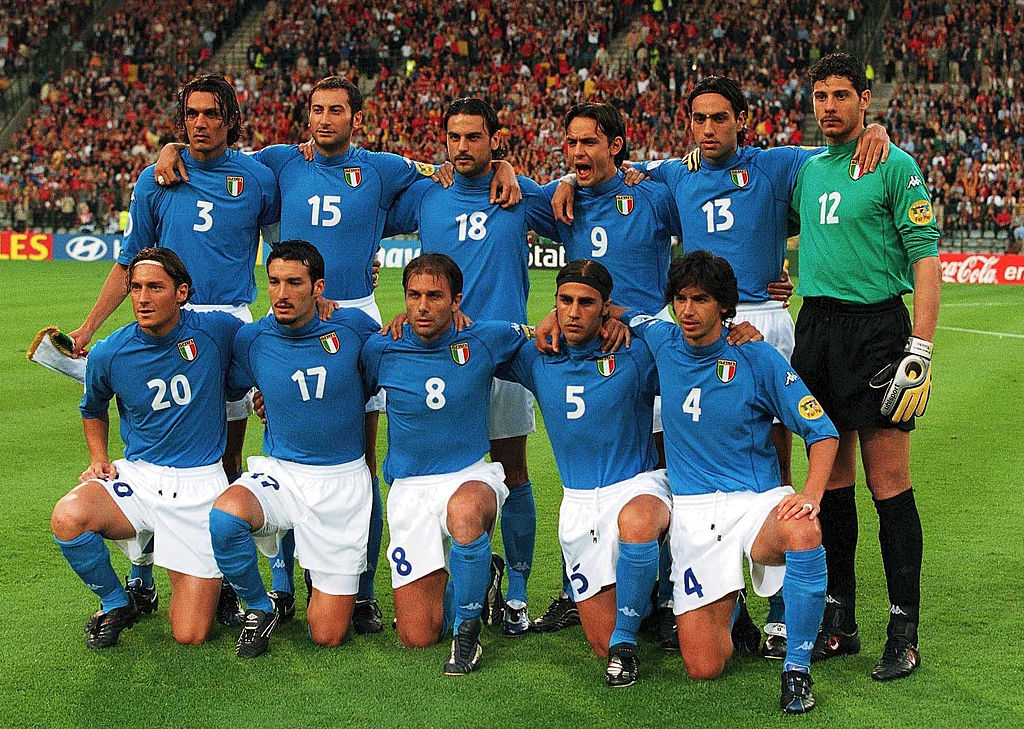 You can’t make a list of historical football kits without including the ‘Gli Azzurri’ kit from EURO 2000. Designed by Italian sportswear brand Kappa, the shirt revolutionized the common football shirt design in many ways with it’s minimalistic aesthetic approach as well as different fabric and a tight fit - quite opposite to what we previously had seen during the 1980s and 1990s. The kit combination of the blue shirt, featuring the Kappa logo on the sleeves, and the white shorts, has since become a true classic due to the simple yet effective design. The gifted Italian team made it through to the EURO 2000 final before losing to France as a result of David Trezeguet’s golden goal winner. This particular tournament is often praised by football fans and pundits as one of the best ever. 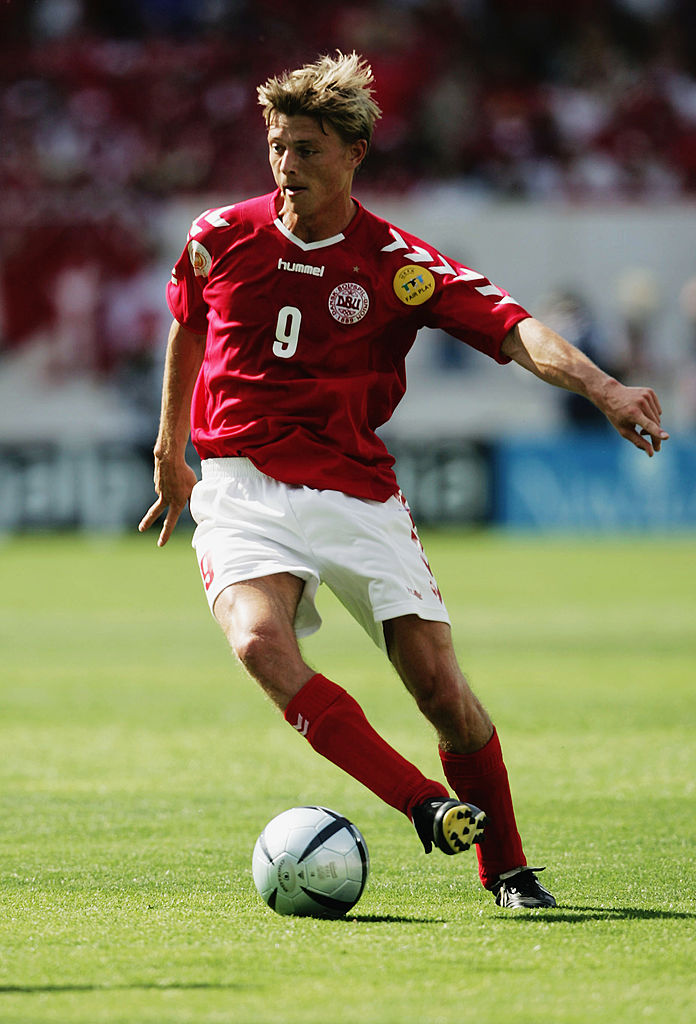 When it comes to Danish national team shirts, no one is more classic than the ‘bonbon’ pinstriped football shirt from the World Cup 1986. The shirt from Denmark’s incredibly successful EURO campaign in 1992 is obviously also among the top picks. However, the Danish national team also played in a pretty cool shirt during EURO 2004, presented in a clean red and white design made by Hummel - popular sportswear brand and long time kit collaborators. Starring the arrows of Hummel along the shoulder line and the emblem of DBU on the left side of the chest, the shirt has become quite a classic among Danish football fans. As for the tournament itself, the Danish national team managed to advance to the quarter-finals before being knocked out by the Czech Republic’s golden football generation. 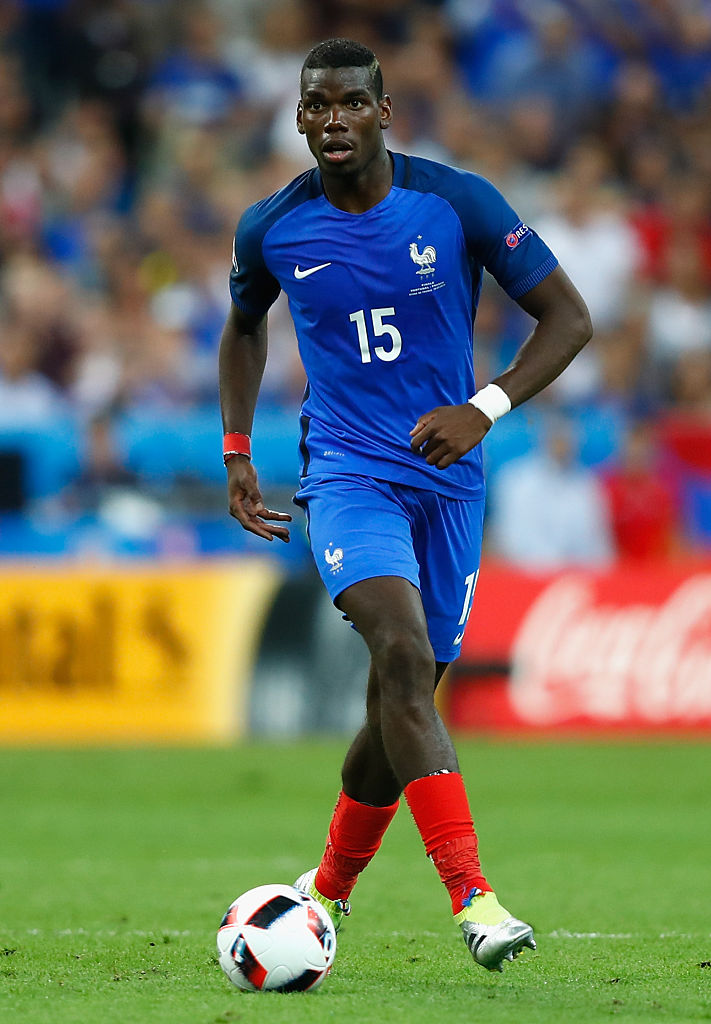 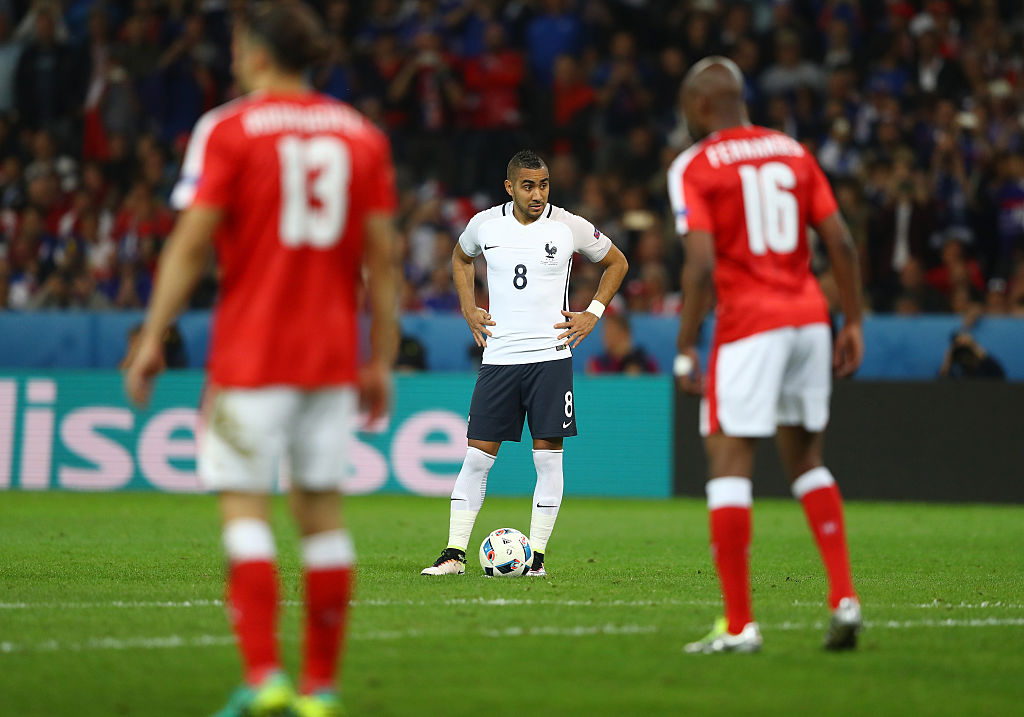 The legendary France national team shirt from EURO 1984 was a real thing of beauty and also a close contender to make the cut. Still, the French kit from 2016 deserves to be on the list, as Nike managed to pull off not only one but two amazing home- and away shirt kits worn by the French team that lost to Portugal in the final due to Eder’s strike in extra time. The home style kit presents a blue colourway and design similar to the abovementioned Italian frontrunner, but with an incredibly fresh twist of navy colour at the shoulder areas of the shirt, while the distinctive red socks provide a nice contrast to the kit. The French away shirt was probably even cooler, featuring a fainted classic tricolore colourway of blue, white and red supplemented by white shorts and navy-coloured socks. Both depicted with the beautiful Gallic rooster on the chest, naturally. 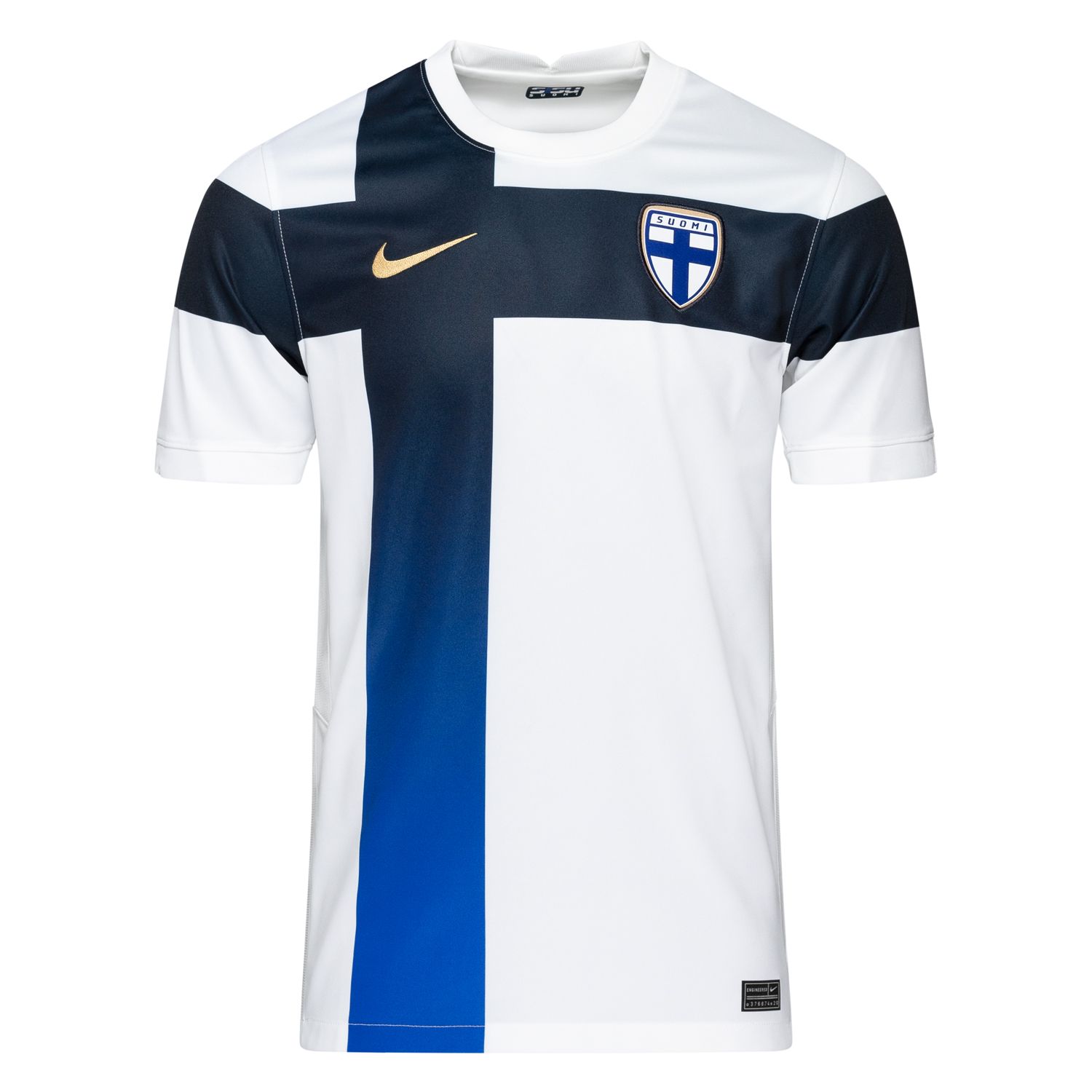 The EURO-newcomers from Finland wrote football history with their first ever qualification for a major international tournament. They will definitely be an interesting team to watch during the tournament, and it is also safe to say that the Finns are ready to represent the nation in style with the new national team shirts. The epic design from Nike, with the Suomi cross adorning the front in different and fading variations of blue, is nothing less than a work of art and it is no wonder that the Finland EURO 2020 kit has been in such high demand. Actually, the Finland away shirt is close to being almost as cool, featuring a more retro-inspired look with a high collar and buttons at the neck.

Get your new Finland EURO 2020 football shirt, home- or away style, right here 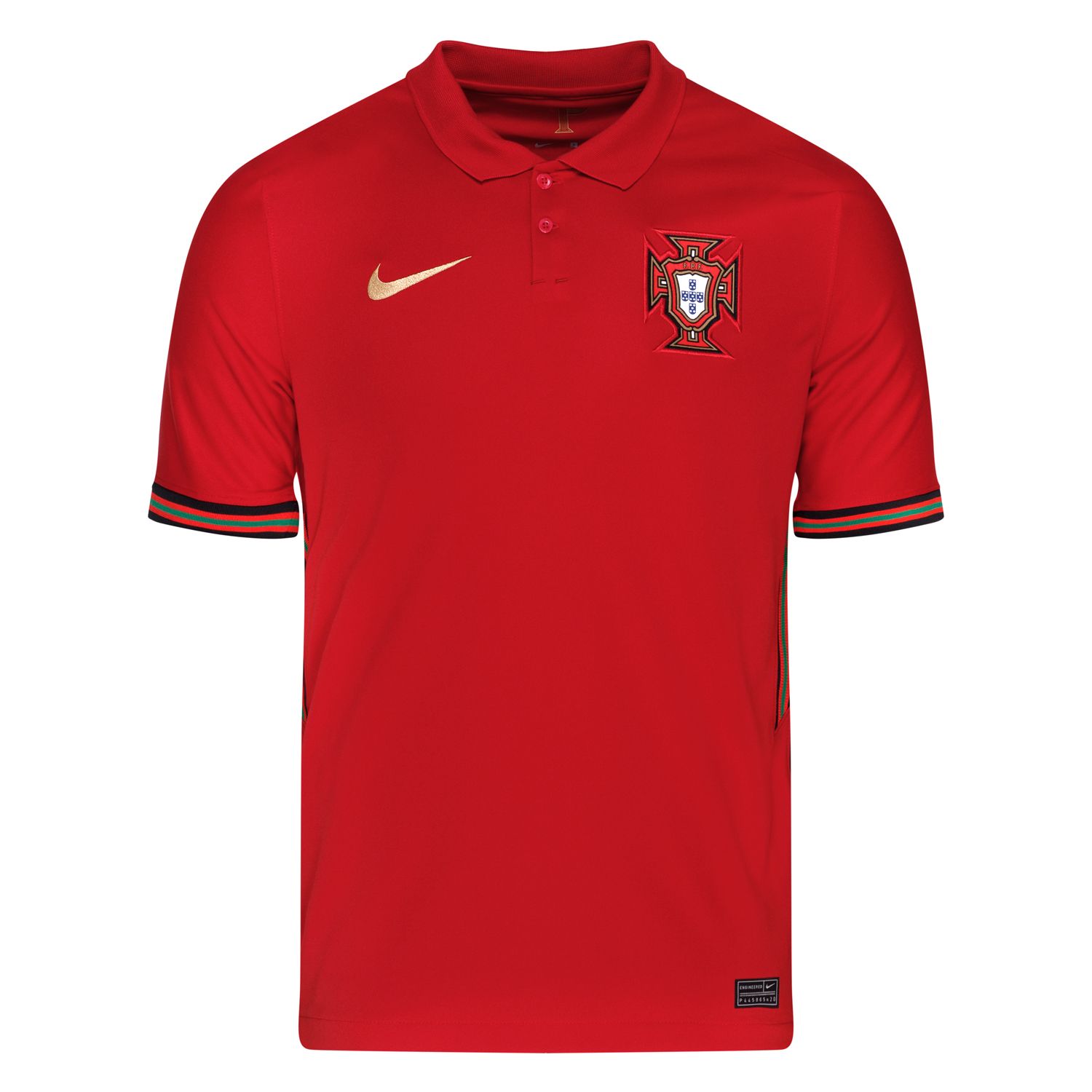 Speaking of retro, the Portugal EURO 2020 shirt also calls attention to the more vintage-looking details with collar and buttons, and it is way different from the winning shirt of EURO 2016 featuring a more sporty look. Nonetheless, the current title holders will play in an elegant and minimalistic red shirt starring sharp lines of black and green at the sides and the bottom of the sleeves. A pair of green shorts accompanies the retro-looking shirt beautifully. The Portuguese superstars, such as Cristiano Ronaldo, Bruno Fernandes and João Félix, will do all in their effort to claim the title as European Champions once again, but should they fail, they can always boast about having one of the coolest kits in the tournament. 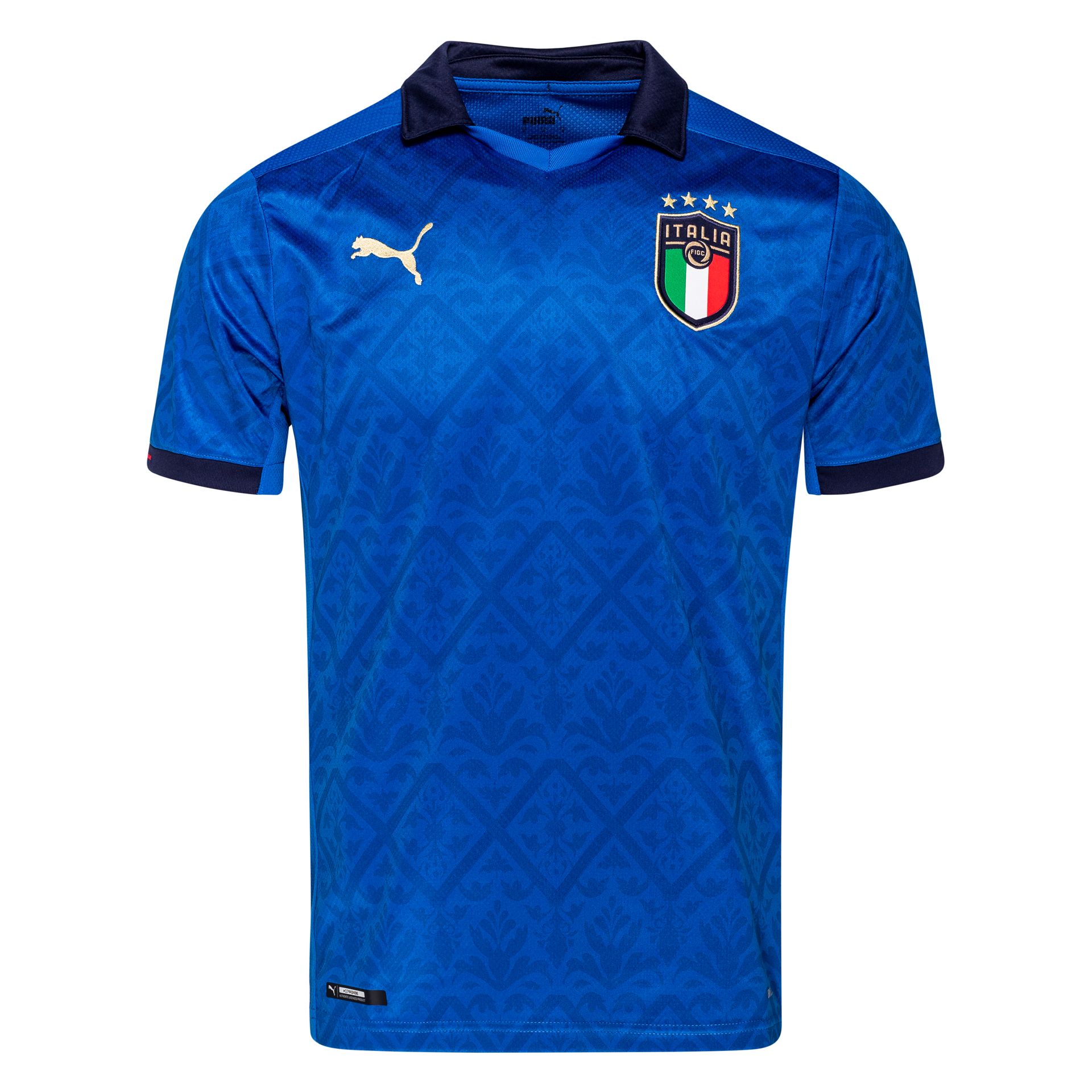 There is just something special about Italy and football kits. The EURO 2020 line of Italian kits made by PUMA doesn’t have a single weak spot with all shirts looking incredibly stylish. However, we’ve opted for the home shirt in this case, as the distinguished pattern really stands out against the blue backdrop. The floral motif is inspired by symbols of the Italian Renaissance - an era of creativity and craftsmanship at the highest level, which goes perfectly hand in hand with the innovative shirts from PUMA. A new and exciting generation of Italian prospects is ready to enter the stage wearing perhaps the coolest home shirts in the entire tournament. 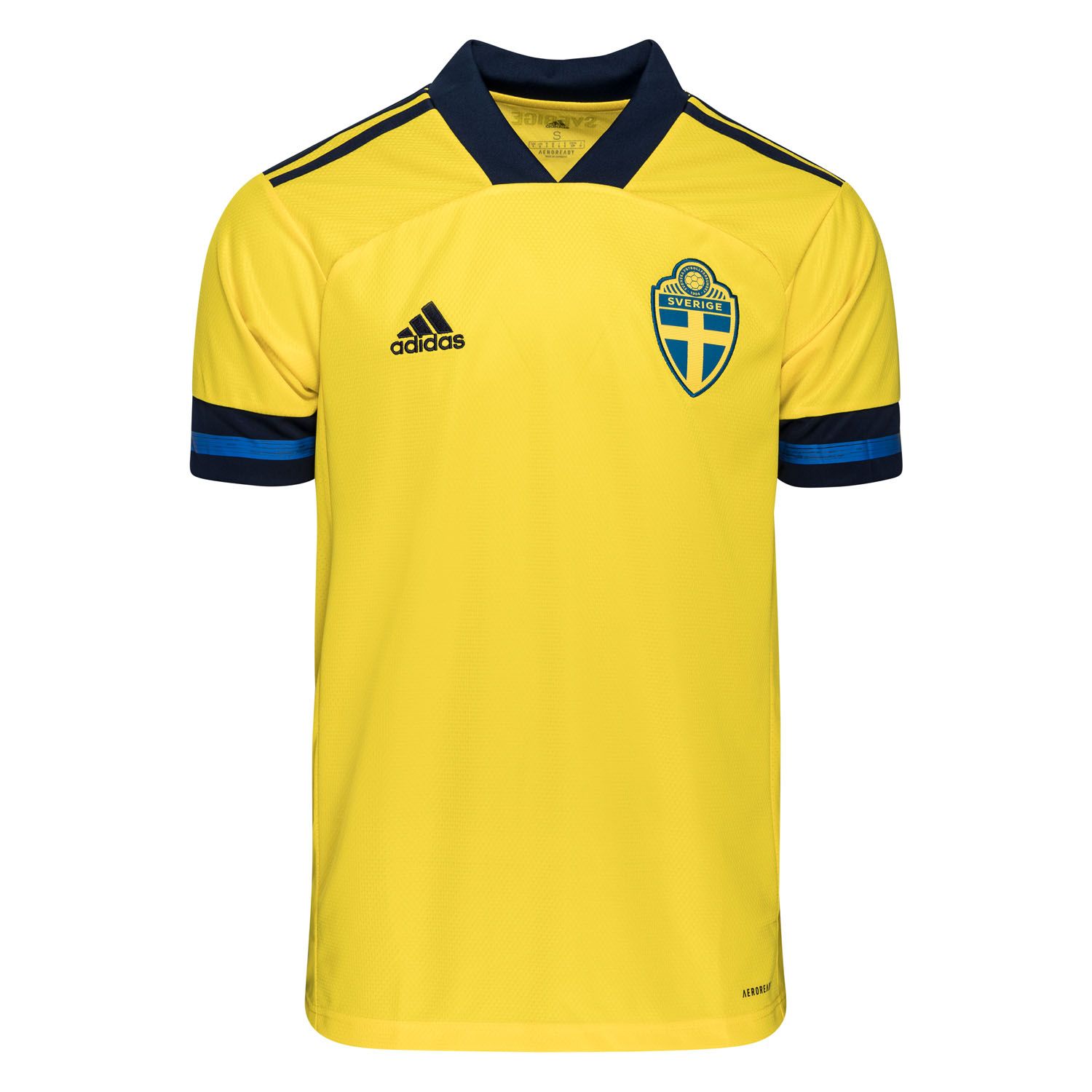 At first glance, the EURO 2020 Sweden shirt from adidas perhaps comes off as slightly ‘back to basics’. However, taking a closer look at the details on the Sweden shirt with the classic yellow and blue colourway, there are a couple of interesting things going on. The shirt is a part of the adidas Condivo 20 template, which is easily seen by the iconic and navy coloured 3 stripes running along the shoulder line, providing a trendy look. The collar design is also really interesting, but the most exciting detail has to be the Swedish flag embroidered at the sleeves in a new and clever way, featuring two different blue colours and thus setting the shirt apart from most of its predecessors. All in all a pretty innovative design by adidas, and we look forward to seeing the whole kit being displayed on the pitch by a talented Sweden squad during the summer. 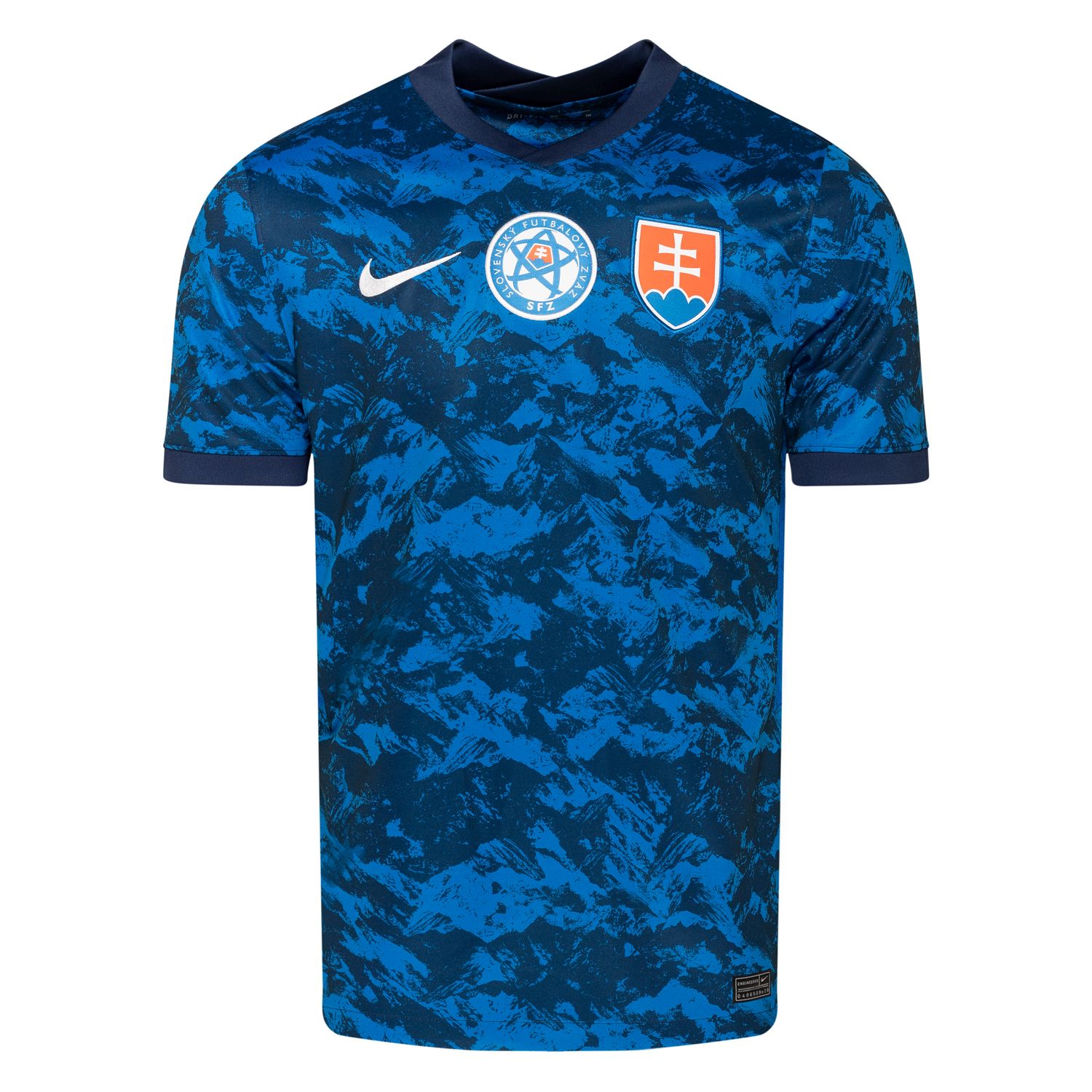 The final pick to make the EURO 2020 kits list is the Slovakian home style shirt. The shirt seemingly draws a bit of inspiration from the tie-dying trend, and you could easily see it moving past the pitch and into the lifestyle section as well. It is an absolute stunner of a football shirt with its vibrant pattern and dark bluish colourway, while the beautiful Slovakian national crest is ornamenting the chest. Marek Hamsik and co. find themselves in a difficult spot at the EURO 2020 group stage, but their national team shirt is definitely among the best, no matter the outcome of the tournament.

One of the most sleek and best designed Denmark shirts in decades. Find it here and show your support.

Alright, Norway didn’t not qualify for the EURO’s but their tundra-inspired away shirt is absolutely mesmerizing. See for yourself right here.

A stunning shirt and a strong candidate to make the list. Check it out in our fanshop.

A classic and minimalistic shirt but the cool horizontal stripes across the torso and sleeves gives it an extra edge. You'll find it right here.

Can’t get enough of the EURO’s? Then check out our extensive guide to the EURO 2020 groups.