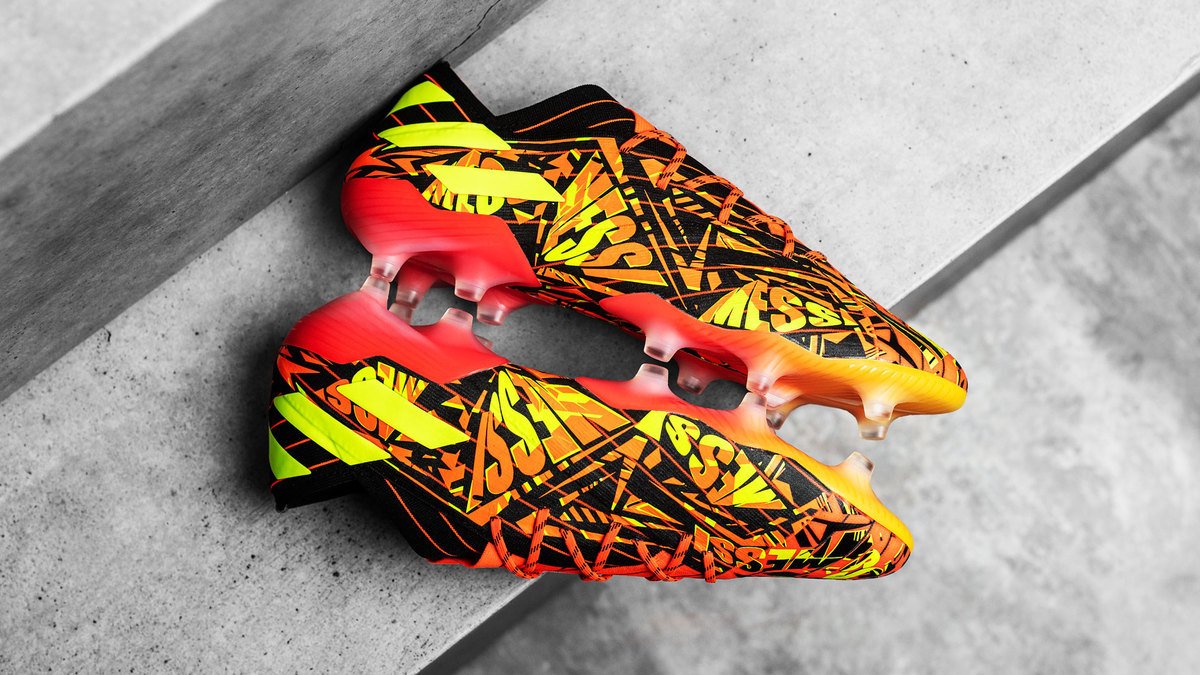 New year means a new signature boot for the GOAT himself. adidas launches a brand new colourway for Messi, just in time for the international game on Saturday.

One of the biggest players in the world, as so many others, has a signature boot. Messi better known as “Rey del Balon” which means “King of the ball” is at it again and is already showing off his newest signature boot. Rey de Balon is a match made in heaven for Messi, as he continues to break record after record, including becoming the highest goalscorer for a single club - that record will probably never be broken. EVER.

The Messi boots are a colourful version of the Nemeziz boot. These boots are made only for Messi and he’s the only one who will be playing in them. Besides his fans of course and you maybe? Last year we saw “The Journey” signature boot, which gave us some crazy vibes. BUT, this new colourway is out of this world. Let’s take a look at it - Click through the images and read about the description below.

Aren’t they stunning? We sure think so - but what is the idea behind this amazing signature boot?

The adidas Nemeziz Messi Rey del Balon is colourful and comes with personalised details for Messi, with two medial logos on the boot - a Gold Welded crown logo and Messi’s signature logo in Solar Yellow/red/black. The graphic is made in a zig-zag pattern This is a boot for the GOAT and his super fans! This boot is for the kids and there is also additional shin guards and a ball - take a look at the essentials here

Are you also gonna play in the same boots as Messi? If so - then you can get them right here!