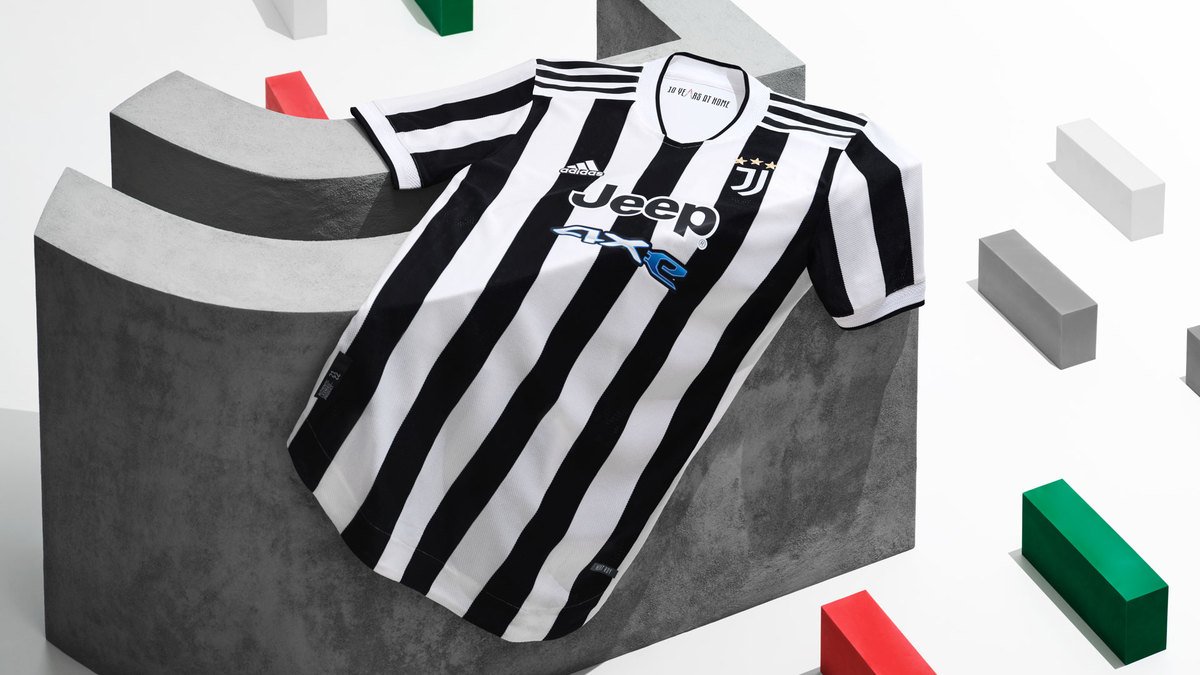 adidas have kicked off the season of new shirts for their biggest clubs - and now they are handing us the brand new home shirt for Juventus.

10 years ago, Juventus moved from their old stadium Stadio delle Alpi to the brand new stadium, known as Juventus Stadium. Or to be fair - Allianz Stadium as it is named nowadays. This big anniversary needs to be celebrated of course. Therefore is Juventus’ new home shirt a tribute to the 10th anniversary of the Juventus Stadium.

Fun fact: The first match played in the new Juventus Stadium was against Notts County on September 8th, 2011. And Notts County and their shirt design actually inspired Juventus’ iconic black and white striped shirts back in the days. Now adidas are going back in time and making this new shirt a true classic.

The shirt brings back the classic black and white stripes after two years of experimenting with the stripes. The shirt is inspired by the stars around the stadium, the lives of all fans, who make Juventus what it is; open and welcoming to all.

The design of the shirt is going back to its basics and the front design consists of four white stripes and five black. Simple but classy. On the shoulder, the classic adidas stripes appear and break the vertical stripes. The collar is white with a thin black line, and inside the collar you’ll see a logo with the text ‘10 Years at Home’, which is referring to the 10th anniversary at the Juventus Stadium. The ‘A’ in the text is a symbol of the iconic arch of the stadium. A last little detail in the design, is the pattern inside the black stripes, which is inspired by the Juventus Walk of Fame. Take a look at the pictures below to see if you can find all the small details.

We are in love with this new Juventus home shirt from adidas. Very classy and true to the history of the famous Juve’ design. We would call this shirt an instant classic.