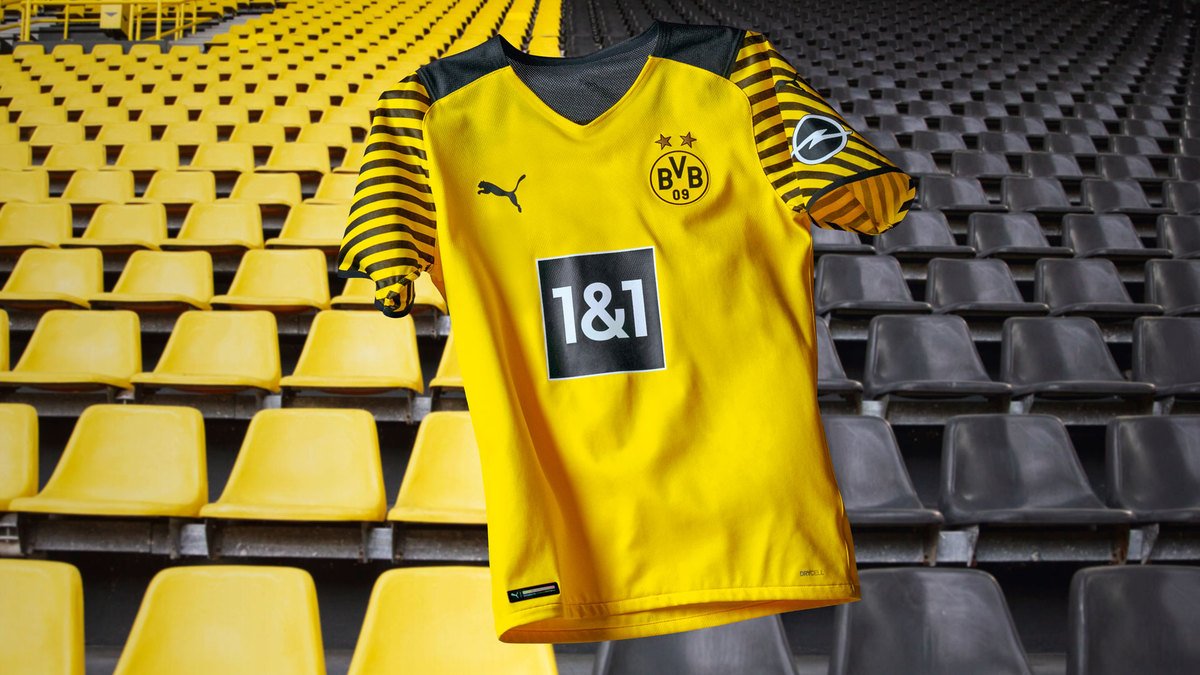 We all know who the yellow team from Germany is - Dortmund, no doubt about that. And their new home shirt surely doesn’t change that fact, as it keeps up with the famous yellow colour. Read more about it here.

It’s always exciting to see what PUMA comes up with when designing new home shirts for their different clubs. And this time it’s their big german club - Dortmund. Last year the design for the 2020/21 Home shirt went crazy and had a lot of black stripes, which looked like flashing lights, on the front. And black stripes are also to be found on their new home shirt.

The new home shirt for Dortmund takes its inspiration from Dortmund’s 1997 Champions League win over Juventus, which according to PUMA, was one of the greatest underdog stories in European Cup Final history. Well, we can’t argue with that - it was tremendous.

But enough of that - the new shirt is going back to the classics and is making the shirt completely yellow at the front. And to spice it up a little, they’ve put black stripes on the sleeves. The collar is yellow in the front and black in the back . On the upper back ‘Dortmund’ appears in black, instead of the player names, which will be showing underneath the shirt number. Not all teams do that - but we like it!

Let’s finish the blog off, with PUMA’s own words on the new home shirt for Dortmund;

”Speeding through the game like a yellow flash. Unstoppable and just like a flash, you don’t know, where and when BVB will appear in front of your goal. You only will figure out, when it is too late.”