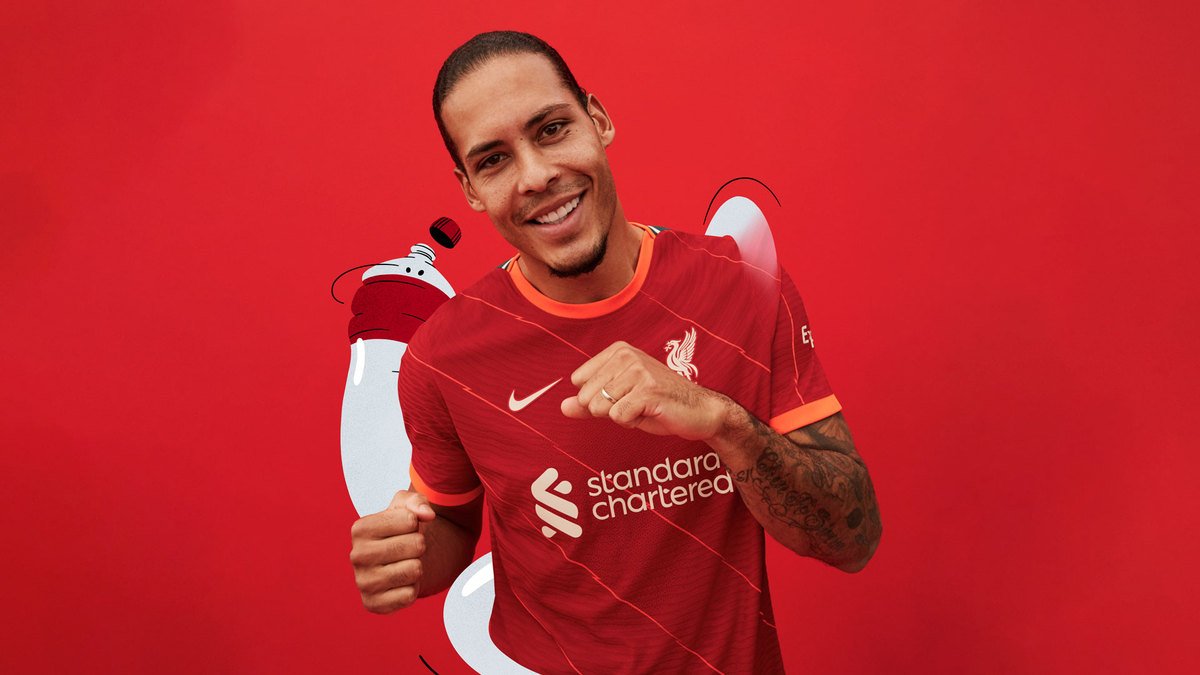 A red home shirt for Liverpool? Not that shocking! But this time it has a very historical meaning! Learn more about the 2021/22 Liverpool here!

Last year, Nike and Liverpool made their first shirt together. Now we’re ready for the second home shirt in the collaboration! And let’s just say that we are thrilled about the new look for The Reds!

The 2021/22 home shirt has a very special story to it. In 1964, Bill Shankly, the most iconic figure and manager in Liverpool FC’s history, made a decision that would change the impression and looks of Liverpool forever - he changed the home kit to be a full red outfit. He was sure that this would give his team the psychological advantage on pitch. The first time they wore it at Anfield, he said: “There was a glow like a fire burning!”

The red Liverpool kit was born of the theory that the blood red would signal ‘power’ and ‘danger’. And the new Liverpool home shirt is inspired directly from that decision back in 1964. The full red kit represents ‘power’ - with some ‘energy’ added which is seen as a glowing detail in the bright pin stripes around the shirt. The pin stripes are shaped like lightning so we still have the ‘danger’ inspiration in the shirt as well.

The new shirt is definitely going to be a hit among fans of The Reds. And we are sure that this will be seen all around the world as Nike have tried to find a balance between a football shirt and a fashionable shirt.

The new shirt is available at Unisport from the 3rd of June. We want to help you become of the first in the world to own it. So you can sign up and get to know exactly when it’s available on our website!

Do you like the look of the new Liverpool shirt? It will be available from the 3rd of June at Unisport. You can sign up for it right here

Meanwhile, you can check out the new shirt in the pictures below. Enjoy!