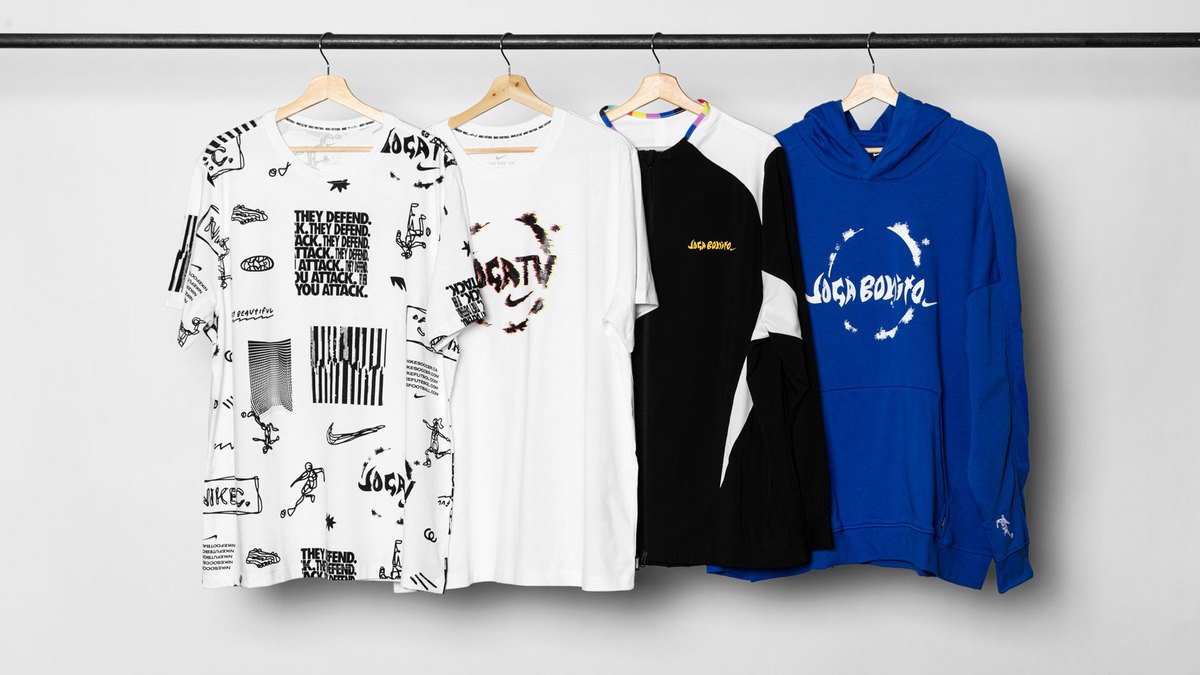 Try and imagine this; Some of the world's best football players are filmed outside the pitch, where they are having fun, doing incredible skills and playing the beautiful game of football in places like the street, training ground or locker room. And then add a legend to monitor it. Well then you got some of the ingredients from the Joga Bonito campaign, which aired in the mid 2000’s. A campaign, which inspired all of the young footballers out there.

The Joga Bonito campaign included stars such as Cristiano Ronaldo, Ronaldinho, Thierry Henry, Zlatan Ibrahimovic, Wayne Rooney and even more… And then Eric Cantona was the host of it! Absolutely crazy.. The commercials we remember the most are:

- The Brazilian team playing samba football in the locker room

- Thierry Henry playing 5-a-side in the streets of London

Now Nike bring back ‘Joga Bonito’ - in English: ‘The beautiful game’. They do it throughout a clothing collection, which is branded with the famous Joga Bonito logo on it. You can find t-shirts, hoodies, sweatpants, shorts, a jacket, an indoor boot and the legendary white and gold football. The Joga Bonito collection is perfect for the summer, in our opinion! And hopefully Nike will create a sequel to the first Joga Bonito campaign soon. We are definitely crossing our fingers!

If you are as psyched about the return of Joga Bonito as we are, then click here to explore the Joga Bonito collection.