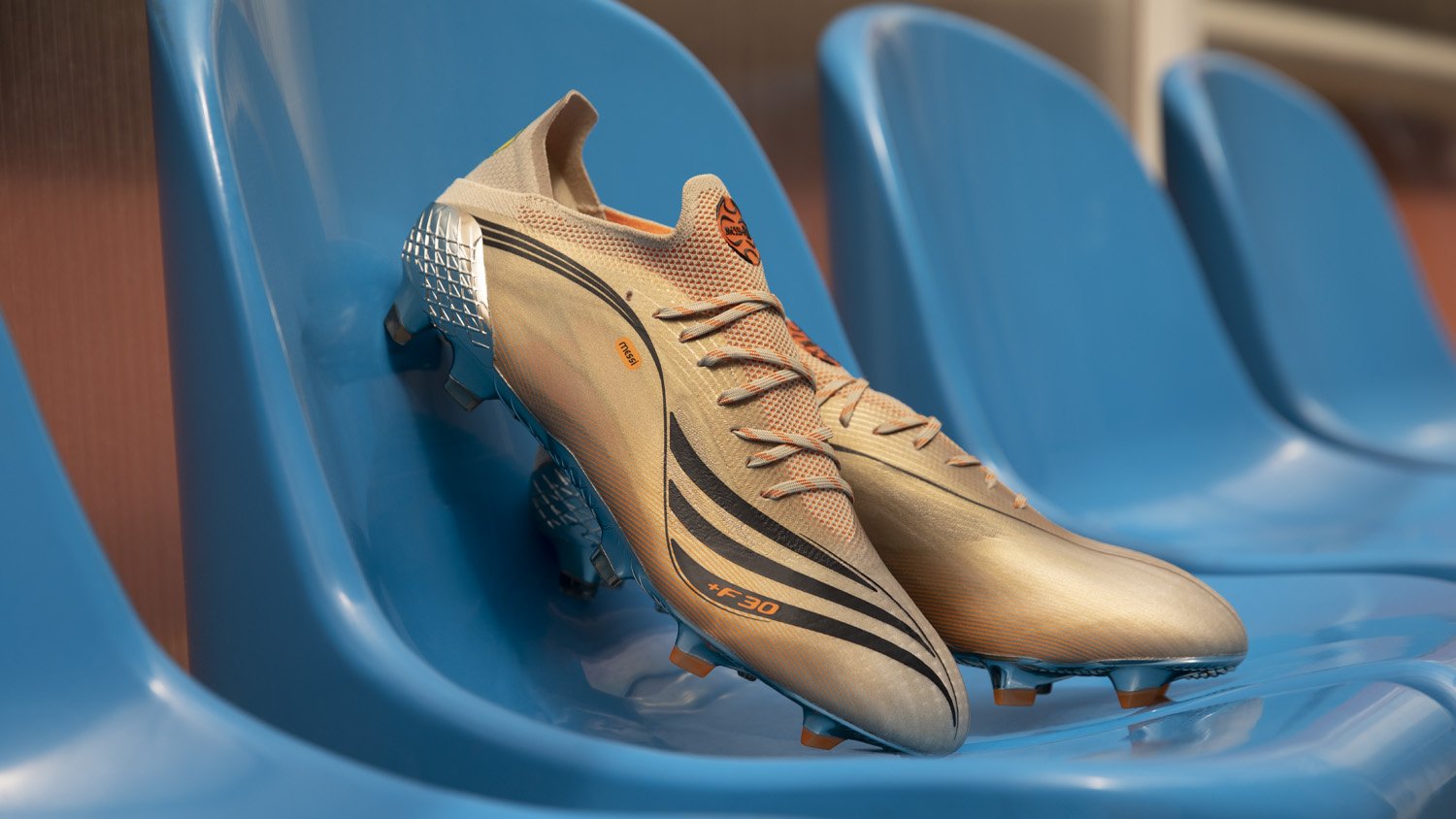 When you think of Messi, you can’t help but think about speed. The great magician is now getting a new signature boot made for speed and made for Copa America - Read more about the boot right here!

So, you might wonder why we haven’t written Nemeziz anywhere. But don’t you worry, there's a meaning behind it - because this new signature boot is NOT a Nemeziz! It's something completely new, special and limited - only for Messi - and maybe you? Let’s have a look at it!

Lionel Messi has been an adidas athlete for 15 years. That’s a long time, but to us it is a rather successful partnership, including many cool signature boots. And the partnership pays off once again. This time it results in a completely new boot only to be endorsed by Messi himself for the Copa America this summer. The boot refers all the way back to 2007, where Messi was wearing the F30 silo, which later have evolved many times and now is called X Ghosted. So this new boot is made to remember and celebrate the great impact Messi had back then and till now, where he has become the G.O.A.T.

The Messi El Retorno boot is especially inspired by a very famous goal in the Copa Del Rey against Getafe back in 2007. A goal which is labelled as one of the best goals ever scored. At that time, Messi was starting to build up his reputation and he then scored a goal, which reminded everyone of his predecessor Diego Maradona in the World Cup in 1986. But enough about the past, let’s look into the future below the pictures.

Let’s just take a minute to look at these boots - they’re so special and something completely unique. But what silo is it, if not a Nemziz? We’re actually not quite sure. It looks like a mix of the F30, F50 and the X - and then it's called something with Speed… Hmm hopefully this is something we will see a lot more in the future, but who knows?

If you’ve looked at the pictures above, you might have noticed that the boot is gold - a golden boot to a true champion, right? Besides being gold, the upper also has its three adidas stripes in black, maybe a little different from how we are used to seeing them on the newer boots - slim and almost stretched. On the tongue there’s an orange logo with the text “Messi + 10” and on the heels there’s the same yellow logo on each, but with different texts. On the right foot it says “Leo 19”, which refers back to the time where he played in number 19. On the left foot it says “Messi 10” referring to his current number. The soleplate shines gold and has black and orange studs.

This pair of Messi signature boots is very rare, and there is only a limited number worldwide. And the boots are so limited and special that you'll get a special box with the boots. The special packaging almost looks like a suitcase. A real collector’s item!

Maybe the golden boot is made for Messi to win Copa America - we’ll see if it helps him this summer. In the meantime you can pre-order the boot at Unisport right here!