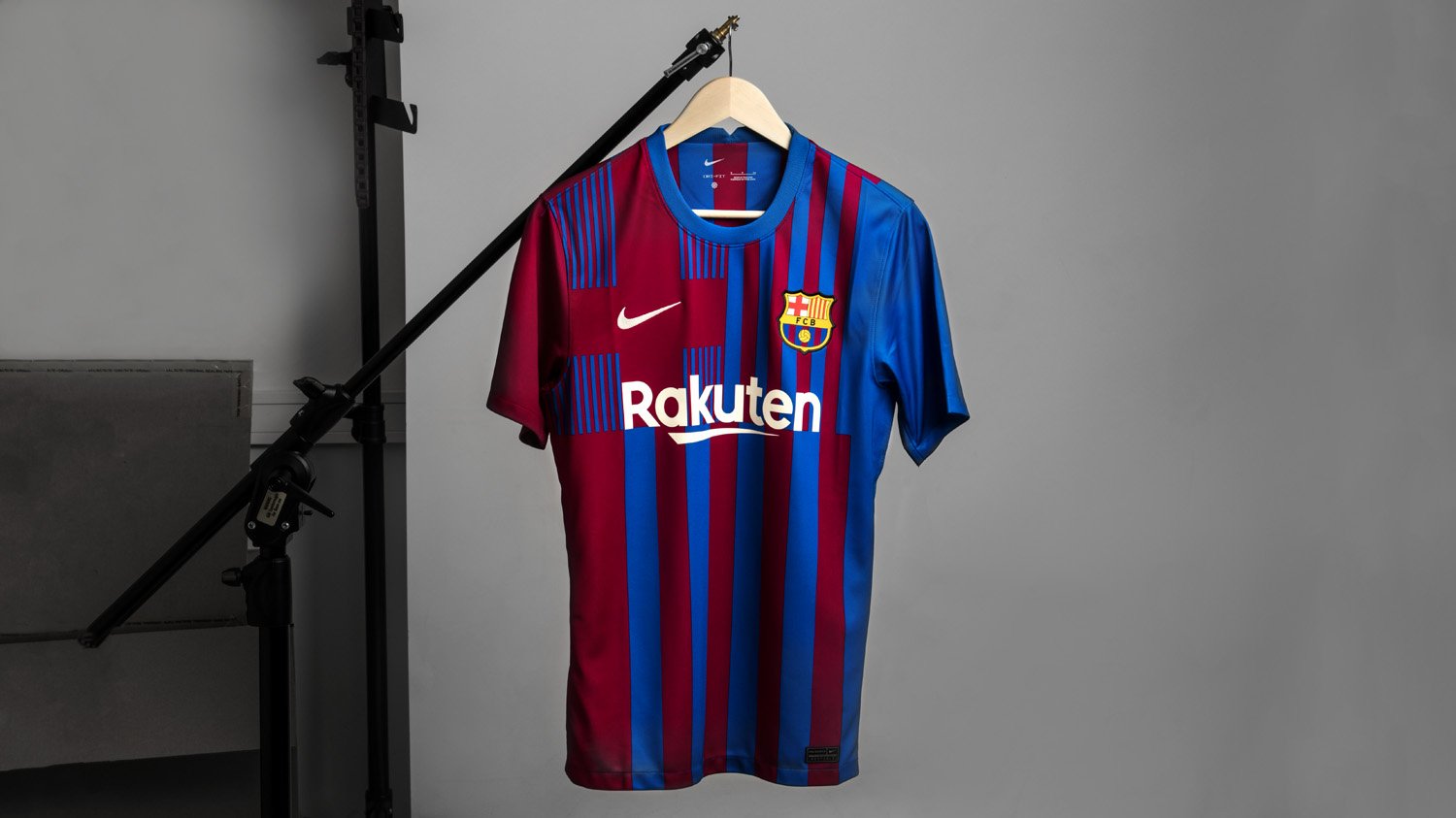 FC Barcelona are facing a new chapter in the club’s history. A chapter which begins by launching a new home shirt for the 2021/22-season. And it’s a very bold home shirt, which suggests an exciting future for the Catalan club.

FC Barcelona had a mediocre season last year. They won Copa Del Rey, ended at third place in La Liga and were knocked out by PSG in the Champions League. So they won a trophy, but also underperformed in other tournaments. You could say that Barca is in some kind of transition between two eras. They got a team with some old superstars, such as Sergio Busquets, Gerard Pique and of course the G.O.A.T, Lionel Messi. But they also got some young upcoming stars, such as Frankie De Jong, Ansu Fati and Pedri. And now it’s time for the new chapter to really kick off with a splendid new home kit.

The new FC Barcelona home kit for the 2021/22-season signals a new era coming. It is made for the club’s fans and inspired by the city’s history - and with the crest very much in the center of attention. Nike have taken inspiration from the past shirts and put it through a modern filter to give a fresh, contemporary edge to the ‘Blaugrana’.

The shirt is blue and red, and it has stripes - as always. But even though it sounds like a classic Barcelona shirt, it actually isn’t. The colours are a bit lighter than usual and the stripes are nowhere near what we are used to. In fact, this shirt’s design and stripes draws inspiration from the club's crest. “How?”, you may think. Well, continue reading!

The design from the red and white cross in the upper left of the crest are to be found on the upper right of the shirt - in red and blue instead of red and white. The same goes for the thin red and yellow stripes in the crest’s upper right corner. They are to be found in the upper left corner of the shirt in red and blue. And the thick stripes in the bottom of the crest are at the rest of the shirt. Sounds strange at first - but take a look at the bottom and it will make sense right away. We think it’s an incredible, but also very bold design!

And we are not done! The shirt’s sleeves are one-coloured - not any stripes or anything. The right sleeve is red and the left is blue. And now we are moving onto the shorts, as they are crazy as well! They are also two-coloured. This time the right leg is blue and the left leg is red - just the opposite of the sleeves. To complete the kit, the socks’ stripes are horizontal.

This shirt, or in fact the whole kit, will obviously get a lot of attention in the upcoming season. But we are already huge admirers!

If you are a big fan of the new FC Barcelona shirt as well, then click here and get your hands on the shirt straight away!