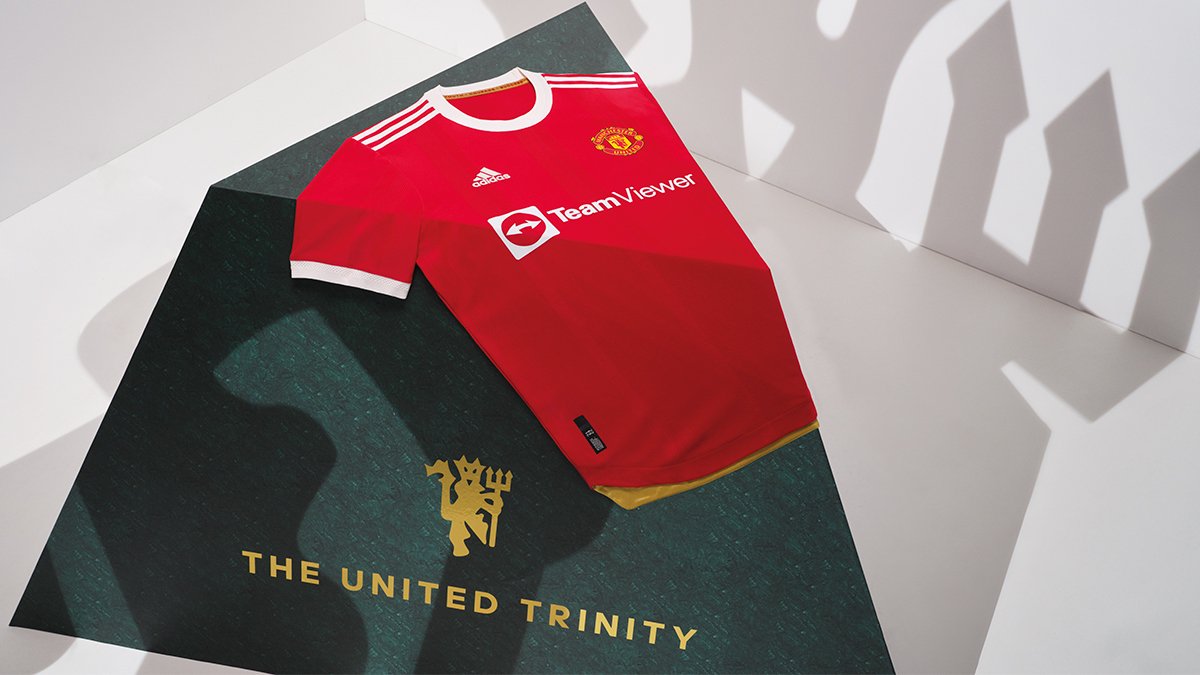 adidas presents a new home shirt for The Red Devils. A shirt which is made for the club to take the next step on their road back to greatness - and created with three iconic pillars from the rich history of Manchester United in mind.

Manchester United were used to winning trophies when the legendary Sir Alex Ferguson was the manager. Since then it has been a journey with both ups and down for the red part of Manchester. Last season United came close to trophies, as they came second in the Premier League and runners-up in the UEFA Europa League.

Now it is time for Manchester United to take the next step, so they can get back to where they belong. And a way to do that is to look for inspiration in the club's rich history of greatness. That is what adi’ have done and tried to incorporate it in the new Manchester United home shirt for the 2021/21 season.

So how have adidas incorporated The Red Devils’ great history? Well, they have pointed out and included three iconic pillars in the shirts design; YOUTH. COURAGE. SUCCESS. Thus the new home shirt is the epitome of all of these elements combined. Let’s find out how;

First of all, the shirt is primarily made in red - of course. The three adidas stripes on the collarbone are white and the same goes for the adidas logo on the chest. Until now, nothing really new. But! Something has changed. There is a new sponsor logo on the shirts front called ‘TeamViewer’! It is also in all white. To us it looks way better, when the sponsor on the front adjusts their logo’s colour to the shirt’s colours. And that is the case here. So well done!

If we take a look at the details on the shirt, you’ll notice that the sleeves have some thick white stripes at the end. And the collar is also made in white. On the back of the shirt, you’ll find a golden devil, which is similar to the devil in the club’s crest. And even though we said the shirt was basically red, there are still some very subtle vertical lines in the shirt's design. Last but not least, the three iconic pillars mentioned earlier are written inside the collar in a golden line.

We think it is a very classy Manchester United home shirt, which looks pretty old-school in some ways. Some Manchester United fans might even feel like they have seen it before. If you are one of those, you are right! Because it is actually built around one of the most famous Manchester United shirts of all time called ‘The Ringer’. A shirt which was worn by the legendary George Best, when Sir Matt Busby was the manager.

If you also think the new Machester United home shirt is classy, you can shop it at Unisport right here!