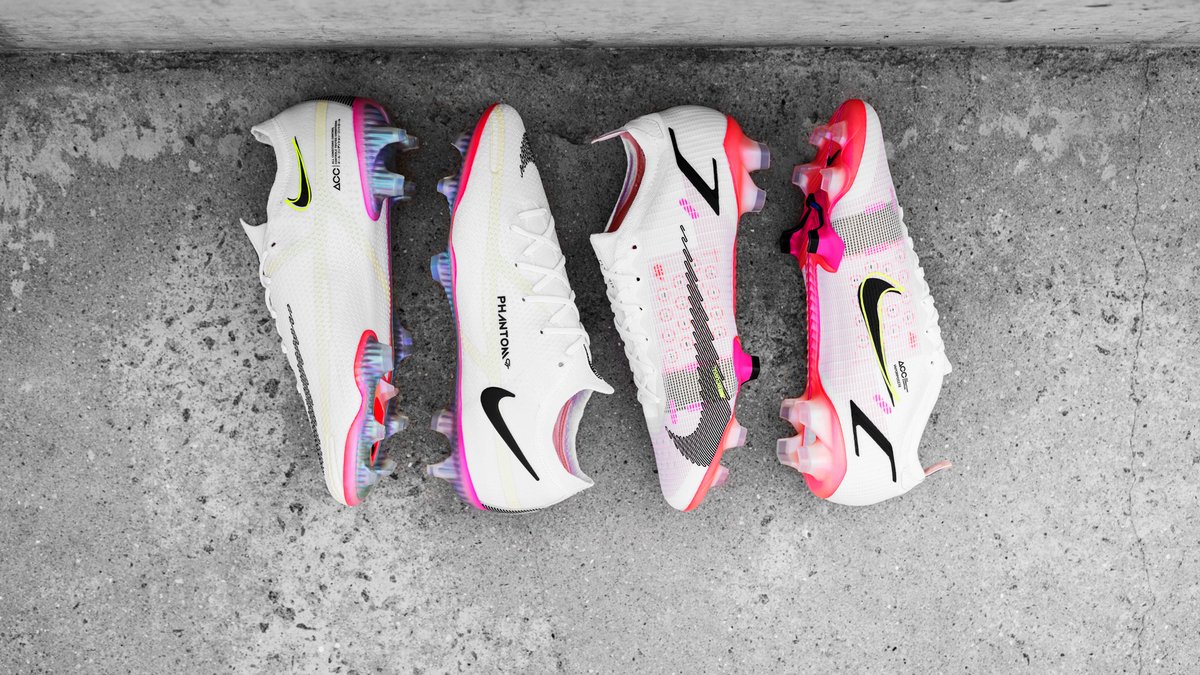 Amazing summer colourway from Nike. The latest pack will get you ready for the Olympics. Check it out here!

There’s just something about sport - and football in particular - in the summer. We have already witnessed an amazing European Championship where we saw a crazy amount of goals and joy for the beautiful game.

And the summer of football isn’t over. Now it’s time for the Olympics 2020 (or 2021) in Tokyo. It will kick off on Friday the 23rd of July. And with today’s launch for the event, we simply can’t wait for it anymore!

Nike have just launched the amazing ‘Rawdacious’ football boots! An amazing collection of white - almost marble like - boots. We can talk about the boots right after you’ve seen these pictures below. Because these boots are pure eye-candy!

Today we will see both the Mercurial AND the Phantom GT boots arrive at Unisport! What a day!

The Phantom GT 2 is the latest version of the GT. Made for the playmakers and those who want to take charge of the game on the pitch. The upper is made with Nike’s Generative Texture to make it more grippy. Besides that it consists of Flyknit mainly.

The colourway is perfect for the summer! White/marble mixed with red and black. It really stands out. One thing to notice is the Swoosh. Actually both on the forefoot and on the heel. The Swoosh on the forefoot is made with a nice ‘stitch’ design. And the one on the heel actually is a double Swoosh. One is black and one is a yellow outline - made in the shape of the original Swoosh from Nike. A nice homage to the past!

The soleplate is almost as shiny as it gets!

The Mercurial boots are made in the same colourway as the Phantom GT. The upper is made with the now famous Vaporposite material to give you the best performance on pitch. And if you don’t think that this boot looks fast, there must be something wrong with you!

The Swoosh on the lateral side also has the stitch design, while the one on the medial side of the boot has the same nod to the past with the yellow outline of the original Swoosh.

You can cop the Rawdacious boots at Unisport right here