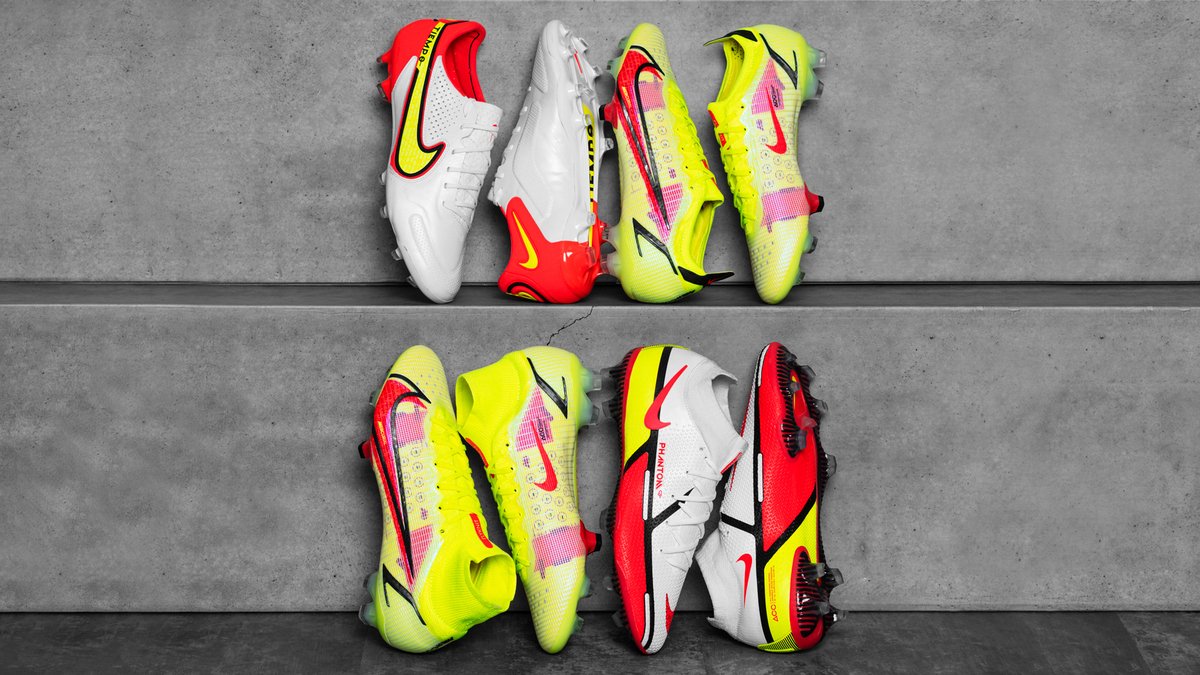 We are all soon going back to football and we can’t wait! Neither can Nike and therefore they have launched a new pack - and it’s definitely giving us the motivation to get back to football! Read about the pack right here.

It’s time to get back on the pitch again and what better way to do so, than with a new pair of boots? We sure don’t know a better way to get back to football and Nike probably agrees. Let’s take a look at what Nike are treating us with!

The Phantom GT 2 is the rather new and updated version of the GT. Made for the playmakers and those who want to take charge of the game on the pitch. The upper is made with Nike’s Generative Texture to make it more grippy and besides that it consists of Flyknit. Those techs have made it a very popular boot.

When looking at the colourway of the boots, the Motivation Pack has really turned them into something else. The upper is white and along the sole you’ll find a bright crimson, volt and black. It’s the same for the soleplate. To sum it up; a crazy paint job!

The Motivation pack version of the popular Mercurial silo, including Superfly and Vapor, is similar to the other Mercurials we’ve seen this year. It has an upper made with the famous Vaporposite material, which is created for you to perform in the best possible way on pitch.

The colourways of the Mercurial in the Motivation pack are generally volt, whereas the Nike swoosh and smaller details are in bright crimson. The Mercs also have some red details, just to make it look even more sleek! If you want to be seen on the pitch, these are definitely the boots for you.

The Nike Tiempo has recently got a new upper. An upper, which is made of premium leather with soft foam pods, and it will help you improve your passes, dribbles and shoots. The Tiempo is the lightest ever - 207 grams. This weight drop comes mainly from the new soleplate. It’s stronger and more responsive than ever before.

The Motivation pack colours the new Tiempo in mainly white, but the heel area is made in bright crimson and the Nike swoosh is in volt. Another stunning colourway for the Tiempo!

Get ready for the new season and buy the Nike Motivation pack on PRESALE at Unisport right here!