He has the drive, he has the determination and now he has some serious endorsements. In character as his famous character - Smithy - from Gavin and Stacey, James Corden is running for FIFA President. Kind of at least.

If we start namedropping, his list of supporters already includes legends of the game like Pele, José Mourinho, Sir Geoff Hurst and Steven Gerrard. Quite a line-up, who all seem on-board with his slightly different campaign demands, as Smithy looks to become the next FIFA president.

Brighten up your Monday by watching the funny video, which has been put together in connection with Sport Relief 2016. So not only is it very funny to watch, spreading it will help raise awareness for a very good cause. 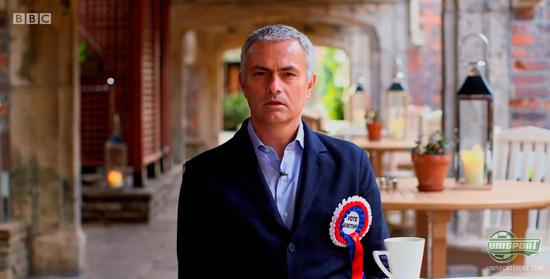