The sharpest haircut in La Liga, one of the deadliest left feet in the game and after spending time with him, Luca found out he is also a pretty cool guy too. Antoine Griezmann took time out of his busy schedule to have a bit of fun on the pitch with us, which we naturally filmed for your viewing pleasure here.

The French forward has slowly but surely evolved into nothing short of a superstar in the last few years. All throughout his rise to becoming one of Atletico Madrid’s best players he has worn the PUMA evoSPEED football boots and as Luca interviews him, the topic does also move onto his boots and the new colourway. Watch the video and hear what he thinks about his new boots.

If you're loving the new PUMA evoSPEED design, then find it right here. 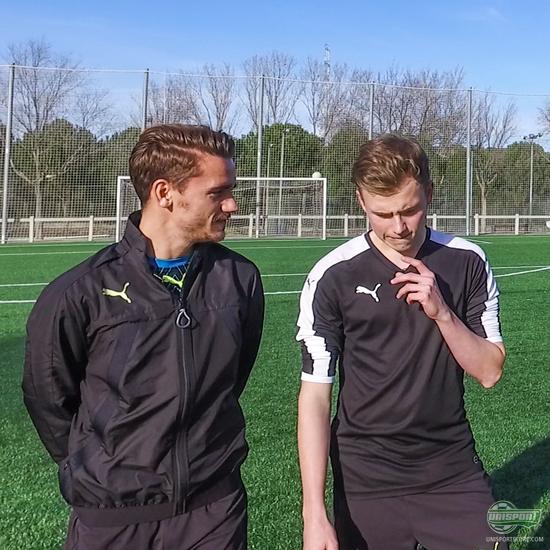 After the walk and talk interview the two lads stop up to settle a score - who is the better free kick taker? Both have solid efforts, so check out the video above to find out who wins.