We are ready to kick-off the week with another round of boot spots and what better way to do so, than getting a glimpse of the new evoSPEED F947? Nope, we can't think of anything either. 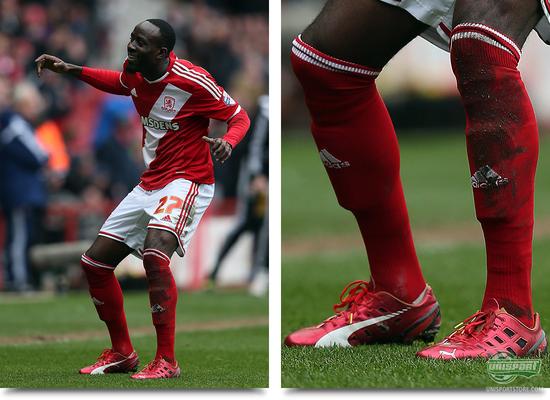 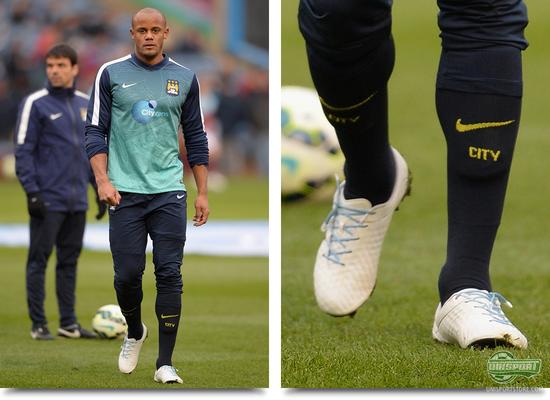 Vincent Kompany (Manchester City) – New Balance Prototype (Whiteout) As we get ever nearer the release date of the New Balance football boots, we see more and more wearing a pair of whiteouted prototypes and it must about time we call them the #NBWhiteoutSquad. The latest player to wear them is Vincent Kompany. 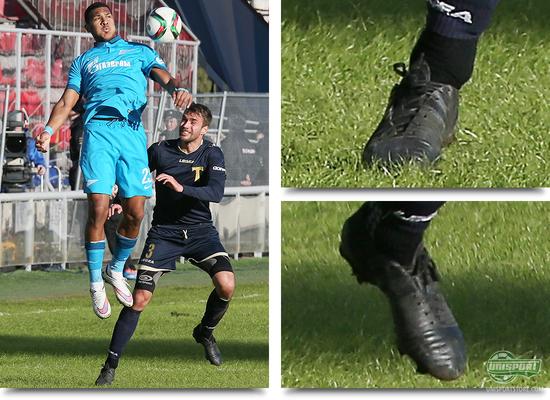 Adam Kakoszka (FC Torpedo Moscow) – adidas Nitrocharge Black Pack/Blackout? We are having a hard time telling whether Kokoszka's boots are the new boots from adidas' latest collection, the Black Pack, or if he has blackouted a pair of his Nitrocharge boots himself. What's your verdict? 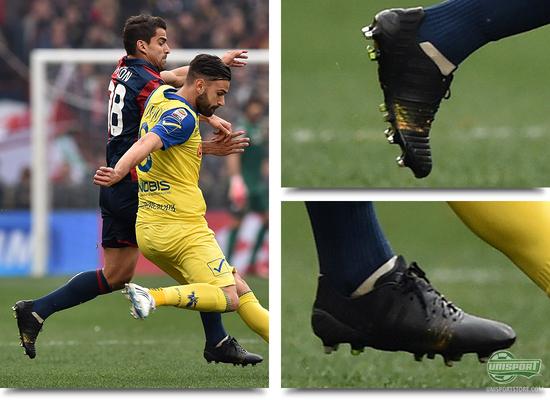 Thomas Rincon (Genoa) – adidas Nitrocharge (Blackout) We were on the other hand not too much in doubt, when it comes to Thomas Rincon from Genoa's Nitrocharge boots. They are, rather unconvincingly, blackouted by himself. The brightly coloured Energysling gives away his attempt and reveals the launch colourway from last year. 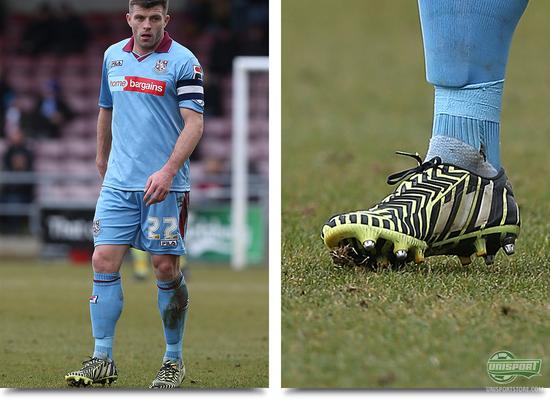 Steve Jennings (Tranmere Rovers) – adidas Predator Instinct Yellow/Black The colourway that was presented back in the beginning of February is still yet to land on stock. We have spotted it being worn around the world a couple of times already and now it seems it has made its way to Europe, as Steve Jenning wore it during the weekend. The model will arrive here in April, so they aren't far off now. 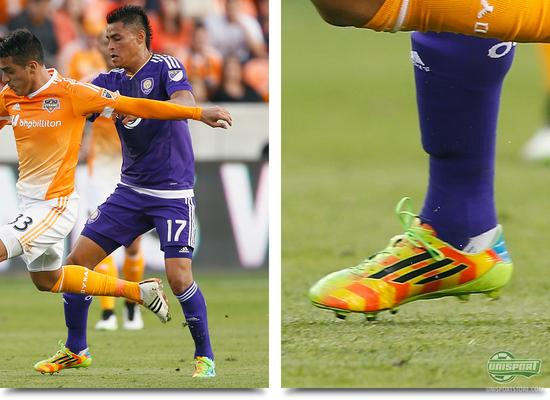 Darwin Ceren (Orlando City SC) – adidas f50 Crazylight The Crazylight Pack that came out last autumn was an important milestone for adidas. Since then the weight of their speed boots has been going up. Darwin Ceren however showed his support for the lighter boots for Orlando City. 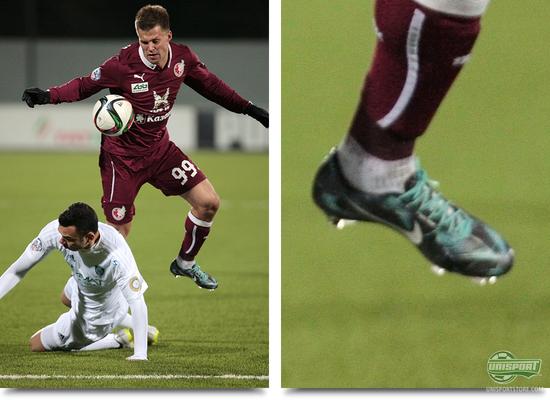 Maksim Kanunnikov (FC Rubin Kasan) – Nike Mercurial Vapor IX Tropical Pack Last years Nike Tropical Pack got a warm welcome from everyone and Kanunnikov reminded us all why this weekend. The design is wonderfully unique and really stands out. 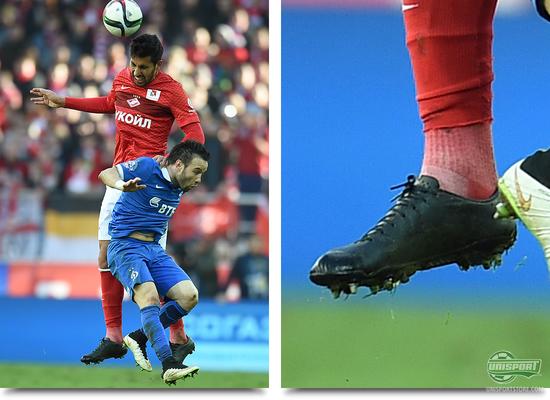 Juan Insaurralde (FC Spartak Moscow) – Nike Mercurial Vapor IX (Blackout) Blackouted football boots is going through a bit of a revival these last couple of months. Whether its the brands own design, or players doing it themselves, they seem to be popping up everywhere. Juan Insaurralde was part of the blackout gang this weekend, when he wore a pair of Nike Mercurial Vapor IX. 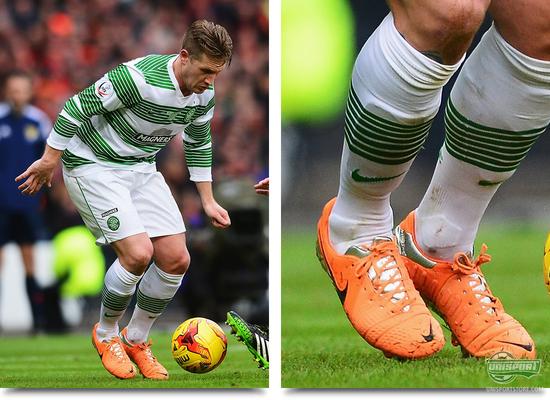 Paul Dixon (Celtic) – Nike CTR360 Maestri III Atomic Orange/Black/Total Orange It's hard not to shed a little tears, when you see a pair of CTR360 in action. Last week they were a part of our #ThrowbackThursday on Instragram and now we give them a little more camera time in our weekly boot spot segment. 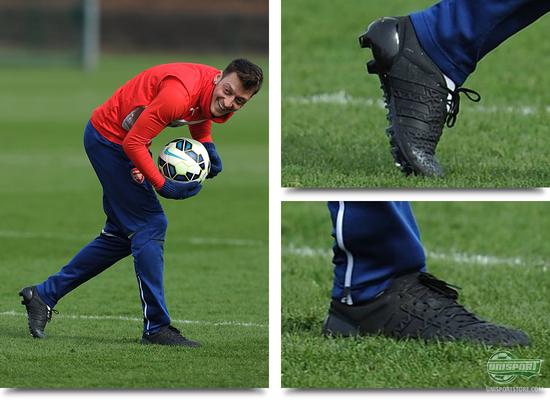 Mesut Özil (Arsenal) – adidas prototype? We already now something big is brewing at adidas and Mesut Özil further confirmed this, when he was caught goofing about in a pair of blackouted football boots. Things look very exciting indeed – what do you think is going on here? 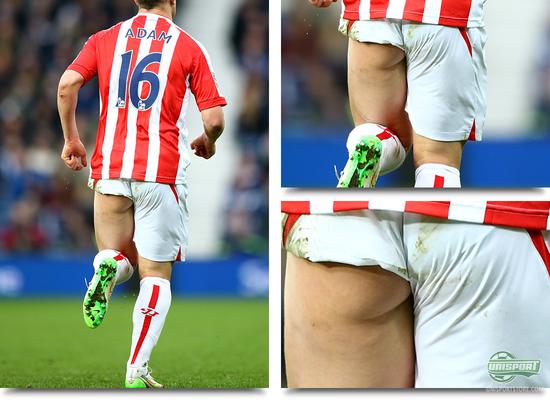 Another round of boot spots are ready, which in thruth peaked early with Albert Adomah and his awesome evoSPEED F947. He deserves the Thug Life sunglasses.