What have Messi, CR7, R9, Totti, Helguera and Neymar got in common? They have all had a football boot named after them. That’s some serious company. We have given our top 10 of the very coolest signature boots from the last 20 years. And yes, you are welcome to disagree… 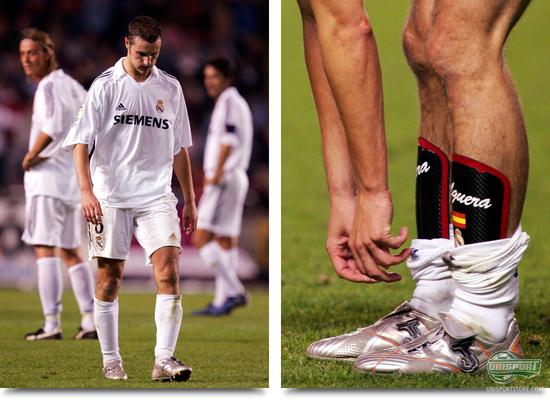 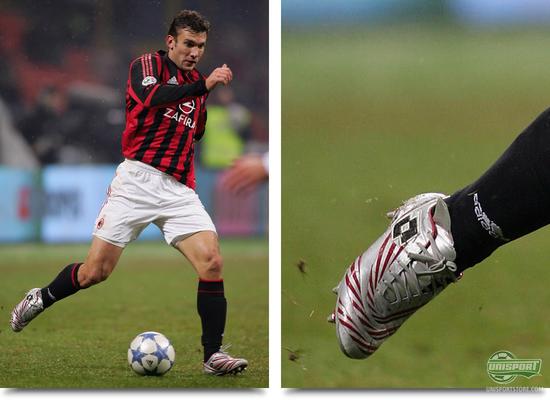 Nr. 9 Andryi Shevchenko – Lotto Sheva 7 Extreme Sheva wore these beauties in 2006, which was one of several signature boots the Italian brand slapped his name on. Sheva actually helped develop several pairs of the boots – and with his goal-getting record (OK, mostly in his Milan days) it was no wonder they paid close attention to his input. 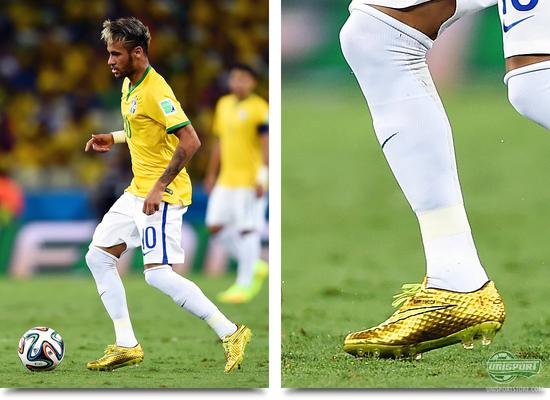 Nr. 8 Neymar Jr. – Nike Hypervenom Sonho Dourado One of the newest stars on the signature boot sky is Neymar, who already has two signature boots from Nike. The first – a gold stunner from the 2014 World Cup – ranks at number eight on our list. Gold is good. We have a feeling that Neymar will end up picking up CR7’s Nike-mantle when he decides to back down. 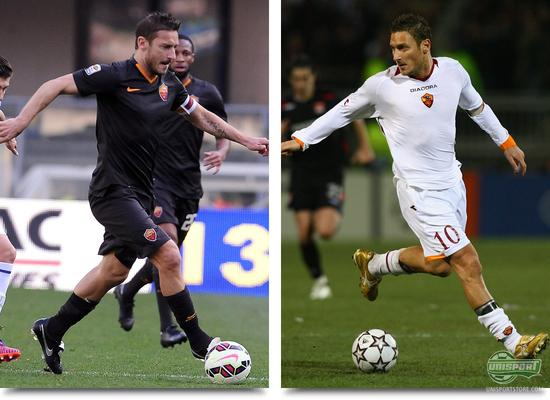 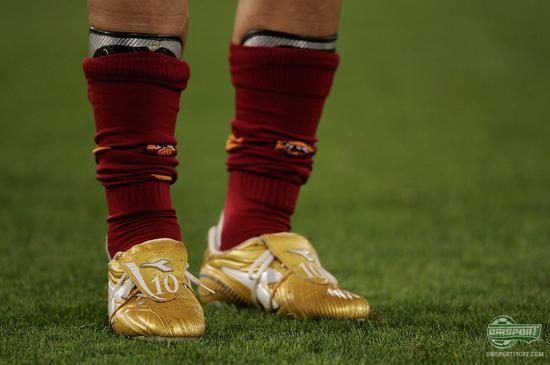 Nr. 7 – Francesco Totti – Diadora Maximus 14 Totti & Nike Tiempo Legend Premium Okay, we cheated a little, but when Totti has two this awesome signature boots, we just had to include both. 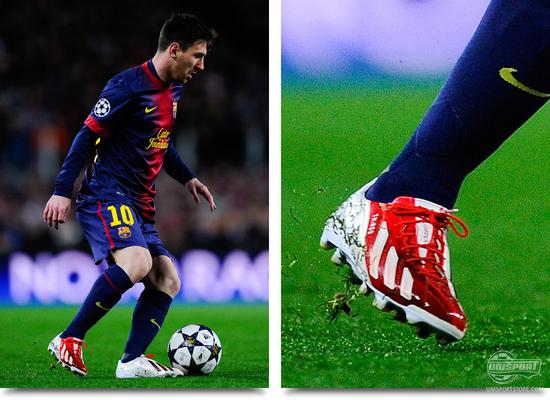 Nr. 6 Lionel Messi – adidas F50 adizero Messi Red/White There were plenty to choose from with this fella, because most of his signature boots are pretty wicked, but we ended up going for the model to incorporate his new M-logo, which is the red and white wonder you see above. 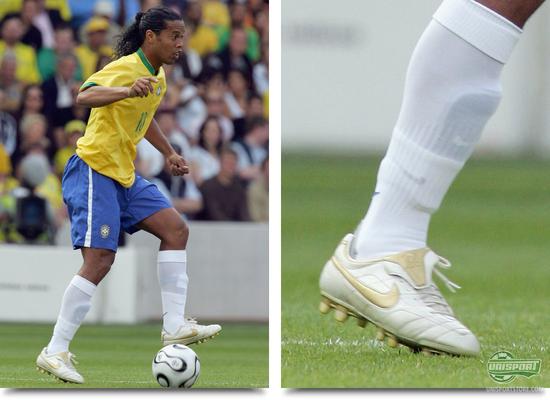 Nr. 5 Ronaldinho – Nike Tiempo Legend I R10 White/Gold Do you think Nike like using gold, when they make signature boots for their Brazilians? Well, we like that they use it, so it all works out. The only reason R10’s Tiempo Legend, with 24 karats of gold, isn’t higher up the list is that we are just completely spoiled with great boots. Top, top class! 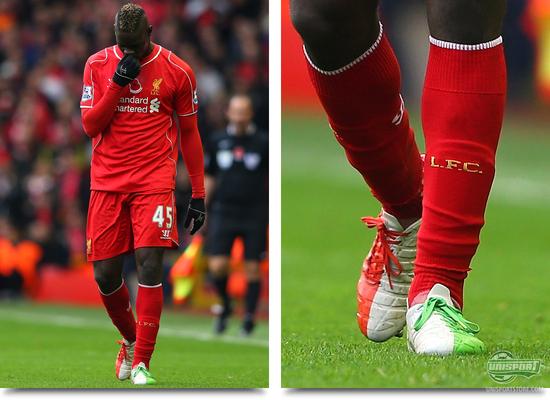 Nr. 4 Mario Balotelli – PUMA evoPOWER 1 Tricks MB45 What’s cooler than having your boots designed to match your countries flag? There are three boots higher up the list than this, so there must be something in our opinion, but PUMA really did hit the nail on the head with Balotelli’s Tricks boots. 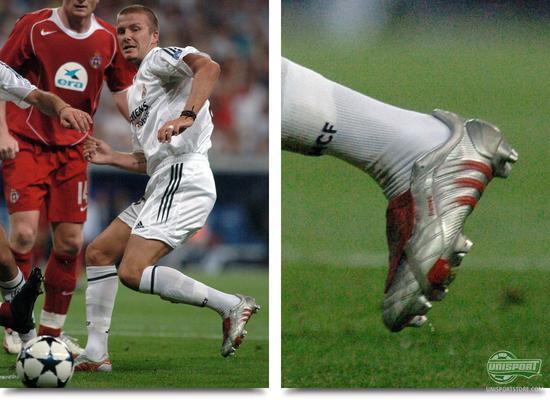 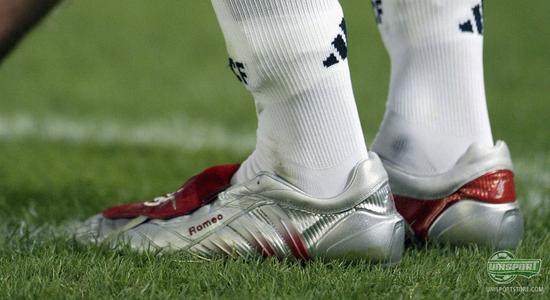 Nr. 3 David Beckham – adidas Predator Pulse DB723 David Beckham has also had his fair share of Predator signature boots during the years, but for us the coolest was his Limited Edition Yin-Yang Predator Pulse, where the one boot was chrome and the other red. Again, we could have constructed a separate list just for Beckham boots and would love to hear where this one ranks on your list in the comment-section down below. 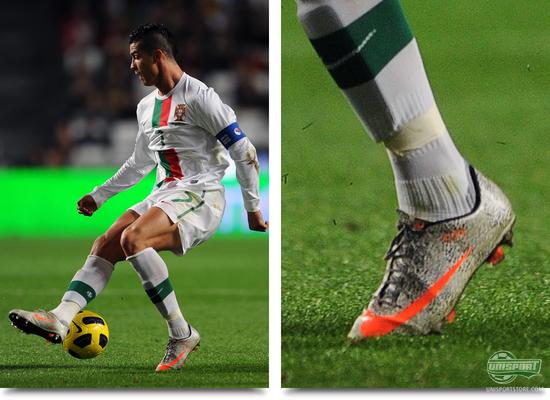 Nr. 2 Cristiano Ronaldo Nike – Mercurial Superfly II Safari CR7 Again, again, how were we ever going to pick just a single boot from the CR7 collections? We could easily fill up a top 10 just for CR7, but we had to find one. We went for the Safari, which set the bar pretty high in terms of just how wild his signature boots could get. 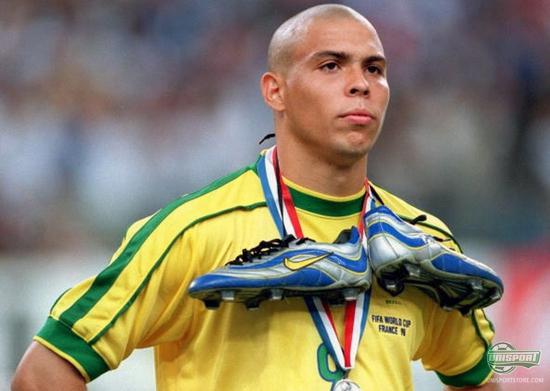 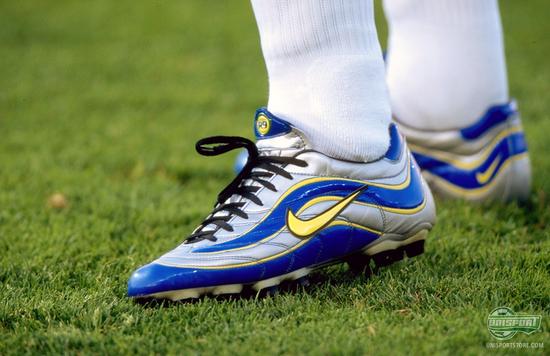 Nr. 1 Ronaldo Nazario de Lima – Nike Mercurial R9 The king of signature boots – developed for one of the most lethal strikers in history. Nike tailored their first ever Mercurial for the lightning fast, nifty and powerful R9. The colours were crazy by 1998-standards and in our eyes the number one spot was the easiest to fill.

Admittedly, the list could have looked very different and we could in principal have made a Top 50, considering how many awesome signature boots there are to choose from. This was our two cents – what do you think is the coolest signature boot in the last 20 years? Share your thoughts with us below, on Facebook, Twitter and Instagram.