They are becoming more and more popular in the English Premier League  the Trusox, that is. The innovative sock with the little squared non-slip pads both on the inside and outside have become a hit with a lot of the very big profiles, including Bale, David Luiz, Van Persie, Marcelo and Jerome Boateng  just to name a few. Now you can also join the Trusox team as they are finally back in stock. 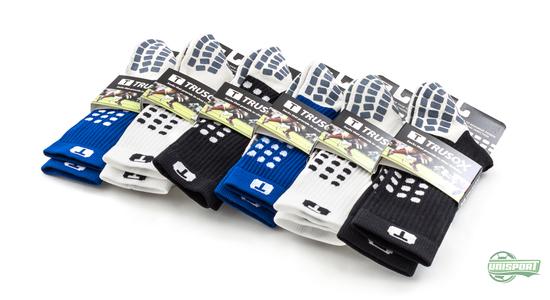 It feels like an eternity since our Trusox stocks were full, but now the wait is over. The innovative football socks are among our very most popular products, and we are so happy to finally be able to welcome the Trusox once again. 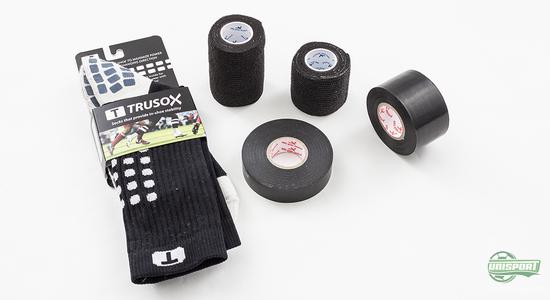 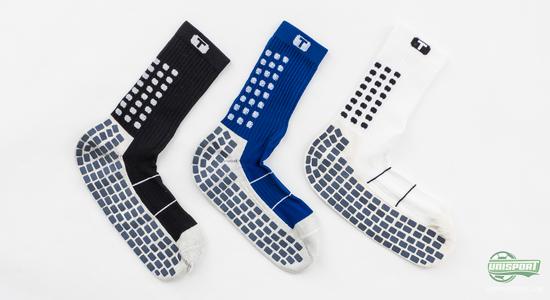 Football has developed with immense speed and the speed of the game itself has increased substantially. Even the smallest advantage can make a big difference, and this is where Trusox become highly relevant. A simple product that solves a number of the most common problems that footballers face; blisters, slipping and sliding about in your boot and losing pitch grip from not feeling that you can maintain a proper pitch grip.

Today's football socks are often made of synthetic materials, often including nylon. Football socks made of nylon are somewhat more slippery when compared to cotton socks, and will therefore have a higher risk of causing your foot to slip in your boot. 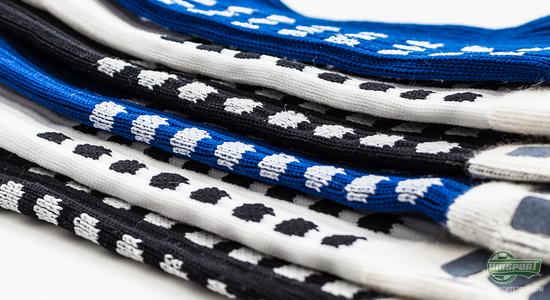 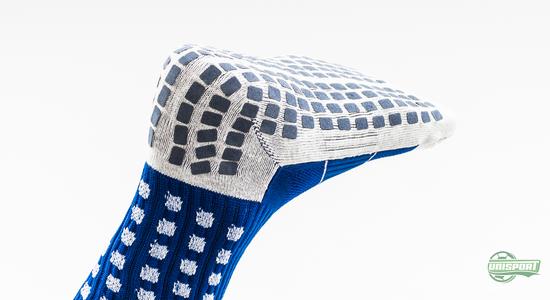 The reasoning behind is the lower friction between the sole of the boot and your sock, which results in a loss of both control and stability, as well as energy wasted. Moreover, a lot of modern football boots come with inlay soles that are rather slippery  which also lowers the friction between boot and sock. 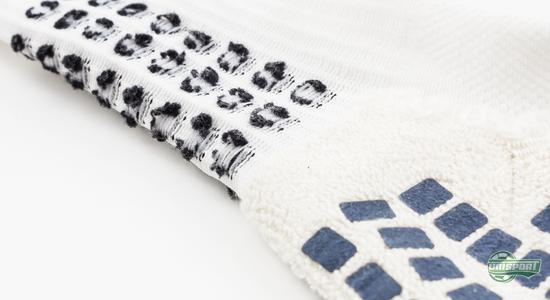 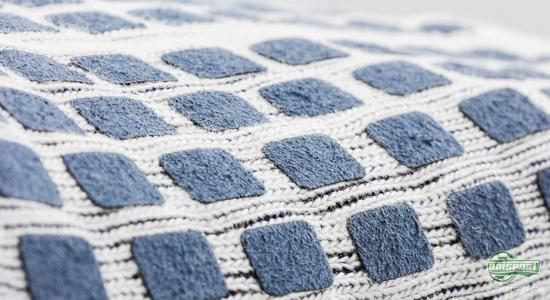 The Trusox are equipped with little non-slip pads both on the out- and inside; which serve to create more friction between respectively foot and sock, as well as sock and boot. The result is that you will feel that your foot becomes one with the boot, and you will quickly get the feel of a better grip in your football boot. 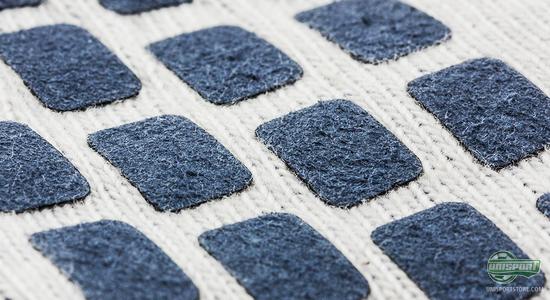 Not only do the Trusox minimise the likelihood of getting blisters and increases your comfort, they also improve your performance. You will get a better grip in your boots and the transfer of power will be optimal, as you do not waste energy by sliding about in your boots. In these times where equipment is considered very important, it is definitely worth taking a look at the Trusox. 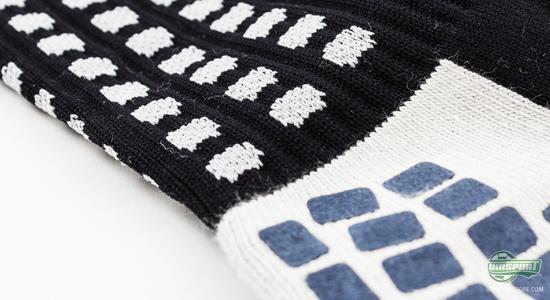 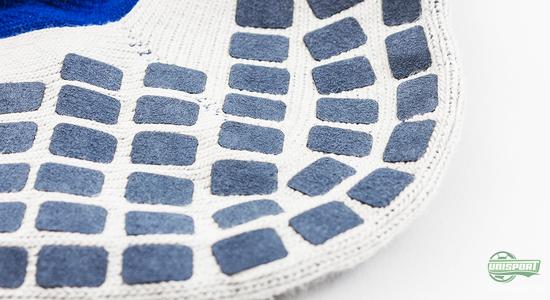 In order for the Trusox to deliver optimally, it is paramount that there is direct contact between both your bare foot and the sock, as well as between the sock and your football boot. In other words, the sock doesn't work very well if you wear another sock under or on top of your Trusox. Therefore, we recommend wear your Trusox the same way as the Premier League stars do  which is by cutting the foot off of your regular football sock and then put it on as you normally would. Here you will need a little sock tape to keep the socks in place.

See how to do it here:

We now have the two most popular Trusox models back in stock: The Cushion Pro and Thin Light. The Trusox Cushion Pro is the most common model and is also the model that most of the professional footballers prefer to wear for a match. The model includes extra lining around the foot in order to increase the comfort, something that you can really feel. The Thin Light is, as the name implies, a little thinner, as it is not lined on the inside. The pro's use the Thin Light model when breaking in new boots, as they have not yet expanded due to use at all. 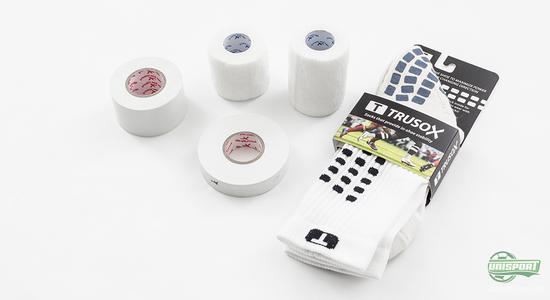 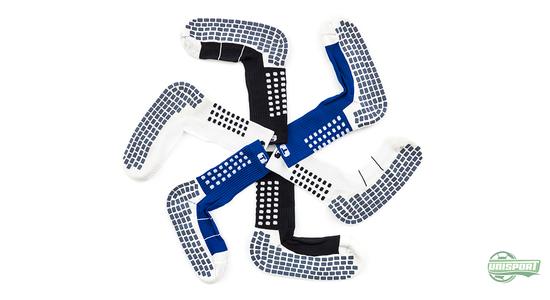 The Trusox are already a huge hit among the professional players. Real Madrid star purchase, Gareth Bale, has used Trusox for years in his matches. The Welshmans performance on the pitch is naturally a result of endless of training sessions, but it is also certain that the Trusox have improved the general feel in his boots for Gareth Bale. 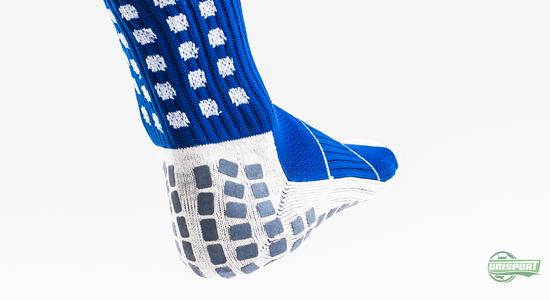 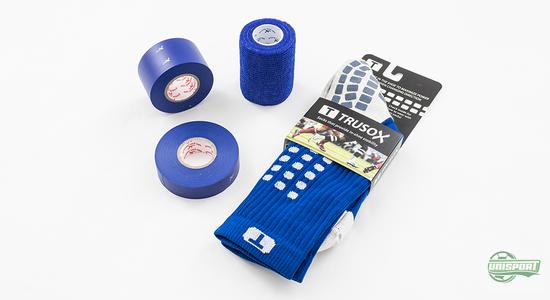 To begin with we now have the colours white, black and blue back in stock, but if your team wear another colour, fear not. Trusox will be in stock in all colour soon.

The Trusox are spreading like a wildfire, and the socks are now all over the premier League. Are you already using Trusox  or would you like to try out the socks? Feel free to share your thoughts on the Trusox on Facebook or Twitter.