Adidas have also given the popular new Nitrocharge silo a festive update, which slowly, but surely will get the samba rhythm pumping. We take a closer look at the new boot, which is dressed in a beaming neon colourway. 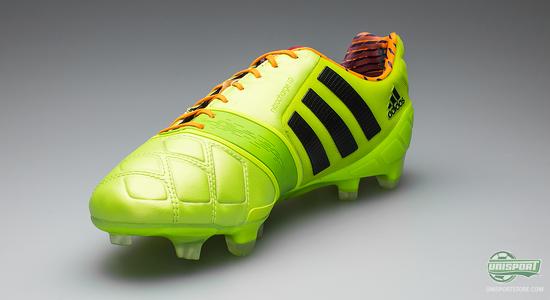 There is still quite a while to go before summer and the World Cup in Brazil. The samba rhythms are however creeping ever closer, helped by Adidas Samba Package, which will truly stand out on the pitch, with some fresh colours. The latest boot silo, Adidas Nitrocharge, has not been robbed of a new colourway update and the boot has been given a bright and fresh new neon colour. 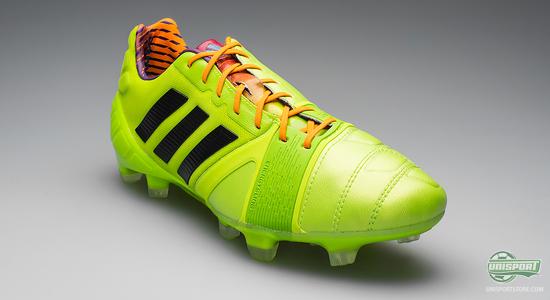 The boot will be, among others, seen on the feet of the Brazilian superstar, Dani Alves, who almost certainly welcomed the connection to his home country. And even though Dani Alves and the rest of us have to wait a little longer for the big football fiesta, the new neon Nitrocharge will certainly lead the mind towards sunny Brazil. 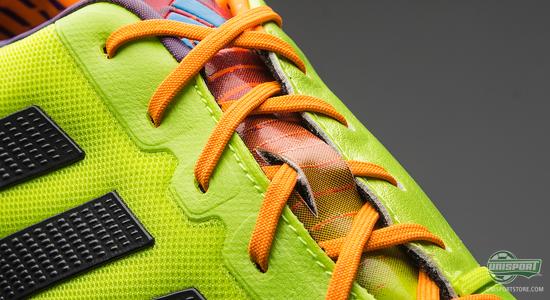 Adidas have really kick-started their engines this summer. With the introduction of the new Adidas Nitrocharge silo, there is now a boot for the midfield enforcer and not just the jinksy striker and attack minded midfielders. The Nitrocharge is made for the tough tackler and hard working midfielder, who never stops running. Adidas have developed the new boot for the player, which they like to call #TheEngine of the team. 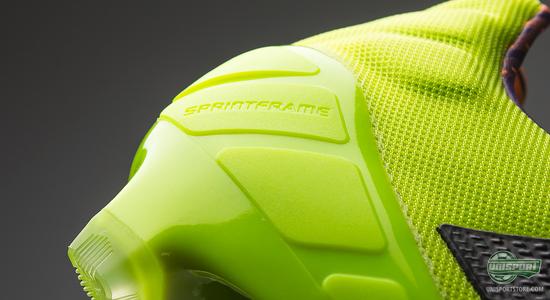 The hardworking midfielders are not usually the players, which we associate with wild and explosive colours, but then again, its not every day that the World Cup is hosted in the home of flamboyant football. A unique event that calls for a unique boot and with the introduction of this neon coloured Nitrocarge, Adiads have presented something special too. 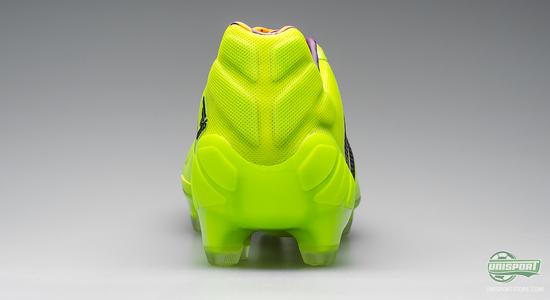 But who is #TheEngine and why is the Nitrocharge perfect for this specific player? The Engine' is a player, which Adidas have identified through lots of research and plenty of analysis of player information. The player they found is the one, who runs non-stop throughout the 90 minutes and does not shy away from a good solid tackle. This is why Adidas have fitted extra protection around the heel, where you are a usually vulnerable to tackles from behind. To be precise the Germans have added a pair of padded pillows at the heel of the boot and Adiads have any the same time raised the heel a little. 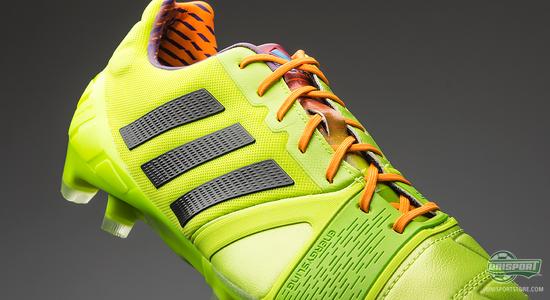 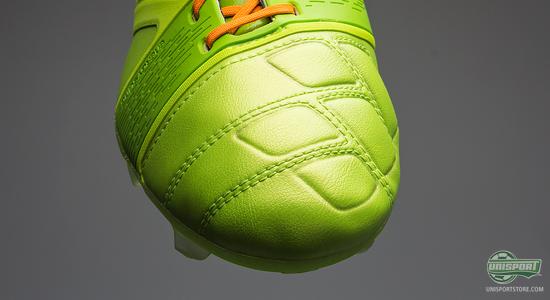 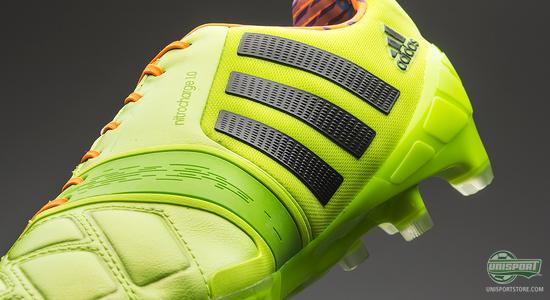 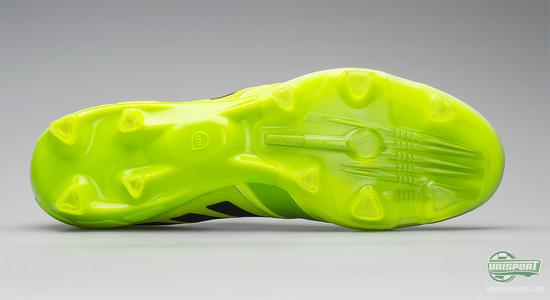 An important prerequisite in order to perform on the pitch is naturally that you can actually stay standing up and keep your grip and a stable stance. Here Adidas have chosen to stick with their Traxion 2.0 stud configuration. It is based on triangular studs that have been placed strategically n connection with their purposes. They each serve a specific purpose, whether it be acceleration, direction change or deceleration. 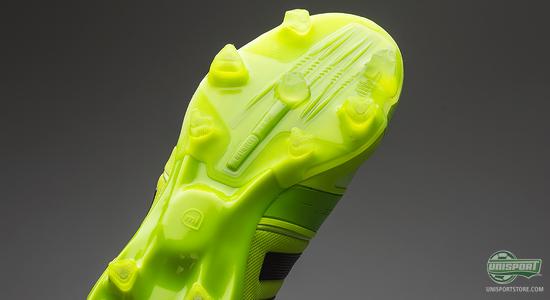 With the new Adidas Nitrocharge 1.0 things are set-up nicely for a real party in Brazil and the hardworking football player already has his name on the guest list, along with the Adidas Nitrocharge 1.0. The boot will undoubtedly cause quite a stir and even though the weather outside doesnt exactly look like samba weather, then this new boot certainly does. 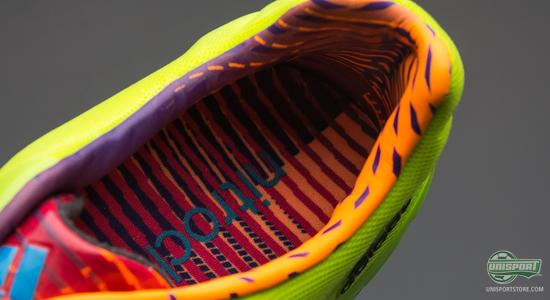 Adidas have with their Samba Pack given their boots a fresh colourway overhaul and the Adidas Nitrocharge 1.0 has been dressed in a bright neon colour. What do you think about the boot? Are you a fan of the colourway? As always we would love to hear from you in the comment-section down below, or on Facebook and Twitter.