It is time for the first Unisport WebTV episode of the summer and even though the sun is blazing from a clear blue sky here in Denmark, we decided to take a little trip to London. Adidas had invited Jakob to a so-called 'Lab-event, where the attenders could get a look at what the German brand have in stall. Without revealing too much, we can already now say that the future looks promising. 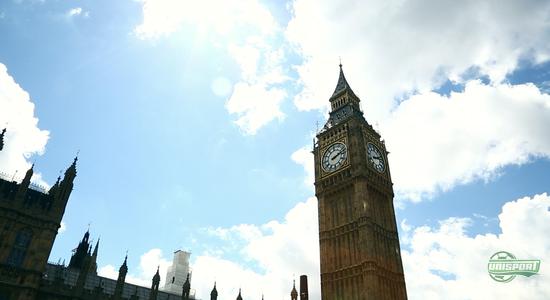 London Calling  this time around it is not the legendary band The Clash calling, but rather the German brand Adidas. The occasion was their Lab-event, where they opened the doors and offered a glimpse in the crystal ball of football. Jakob packed his bags and headed for the English capital and here he was greeted with exciting and incredible innovations from the brand with the three stripes. 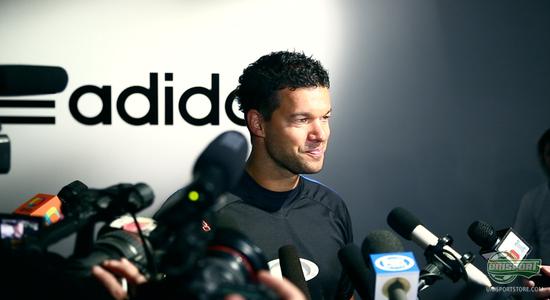 The arrangement was full of people, who knew very much about football boots, so our football-tech-oracle quickly got talking. Here he chatted about the brand new Adidas Nitrocharge 1.0 and the three other boot silo's that the brand has in it's repertoire, which all focus on control, speed and comfort respectively. High profile visitors where also in attendance, as Michael Ballack and Zinedine Zidane where also present and fondly discussed innovation and new boots. 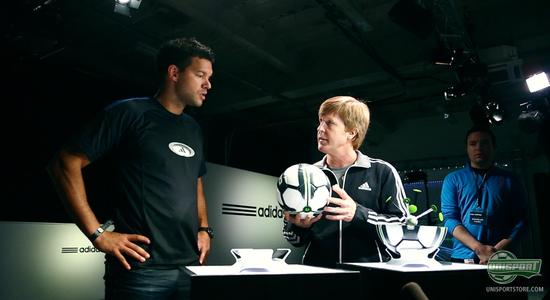 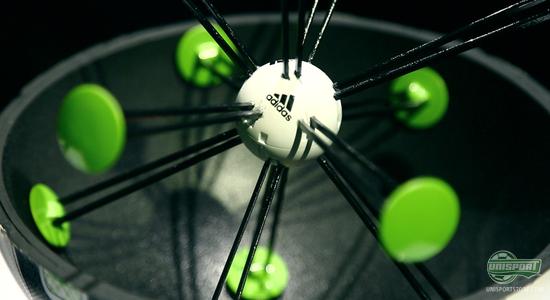 We where also introduced to the ball that knows more about your performance, than yourself; the Adidas Smartball. Thanks to the many sensors, which are located inside the ball, it can measure how hard you kick, how much swerve you put on it and how many touches you use. All this can be streamed live and you can therefore follow every players performance, every step of the way. 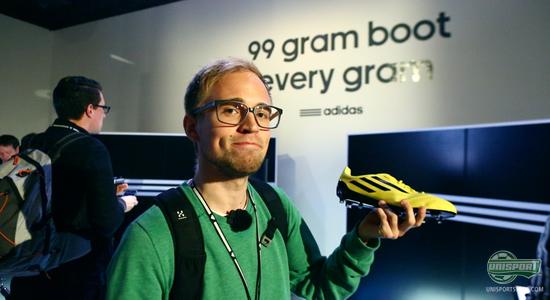 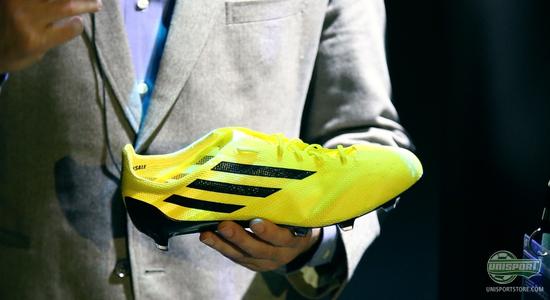 The star of the show was however the incredible Adidas F50 Adizero-prototype, which weighs in at an astounding 99 grams. It looks to hit the market in 2015 and even though that is quite a while into the future, we definitely have something to look forward to. 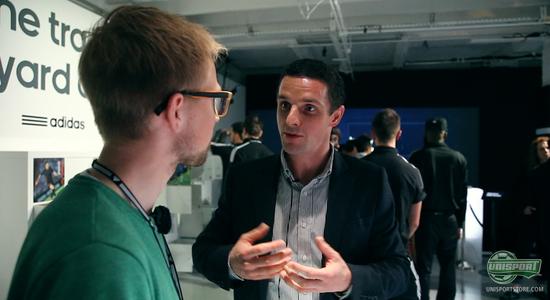 How did Jakob react to getting the boot that only weighs 99 grams in his hands? You can check it out in the video just above and get all the behind the scenes footage and find out what Adidas have in store for the future. 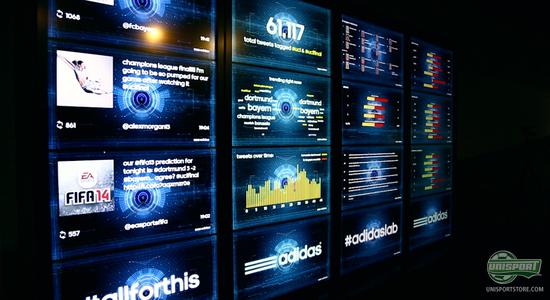 London is a fantastic city, but last weekend it was German, as Adidas took over with brand new innovations and cool new toys to come, at their Lab-event. What do you think about the new Adizero, which weighs just 99 grams? And what about the new Smartball? Share your thoughts in the box down below and join the debate on Twitter and Facebook.