You can also see the full collection here. 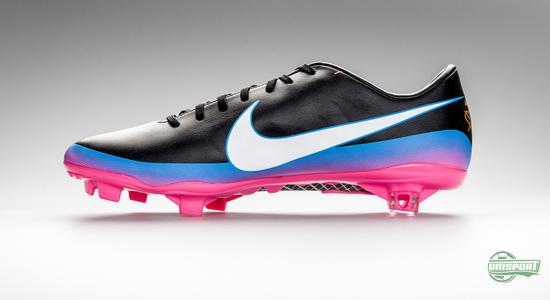 It all started with crazy dribbling and amazing solo-goals for Cristiano Ronaldo, just like it did for his first signature-boot, Nike Mercurial Vapor Superfly II Safari, that with an exuberant leopard print design, captured the essence of the player they were made for. The main man himself has since then developed and today his style of play is completely changed. Elegant, classic and far more thought through, but still with the boyish-edge and explosiveness that could strike fear into any defender in the world. - Isn't that also what the new Nike Mercurial Vapor VIII ACC CR7 reflects? 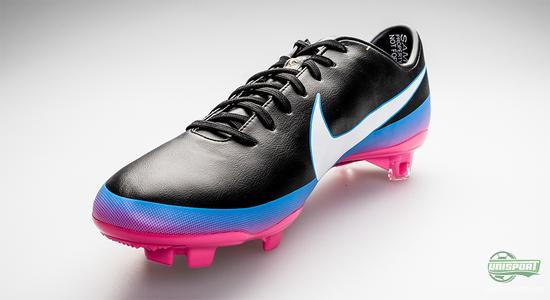 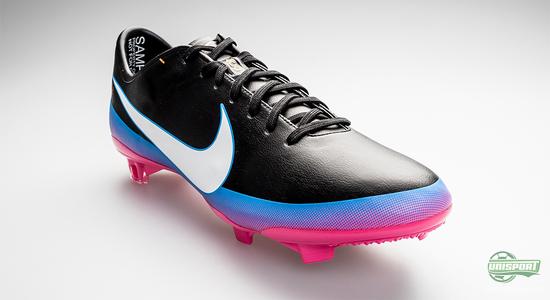 Nike have gone away from one big swoosh on the lateral side and a smaller one on the medial side, to create something entirely unique on Ronaldos boots. They have instead put massive and unmissable Nike swoosh's on both sides of the of the boot, as well as moving them further back. This gives the boot a very classic look and together with the pink and blue colour, it's a good combination of the professional and the slightly more boyish and wild  exactly like Cristiano Ronaldos own personality. 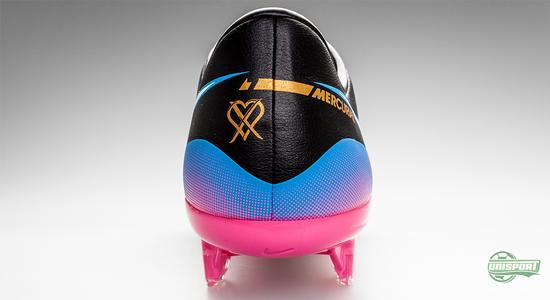 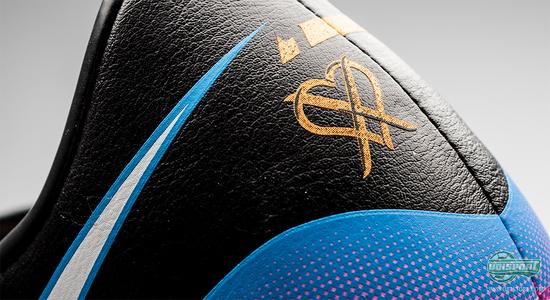 In a golden accent colour CR7's new Love to Win, Hate to Lose-logo crowns the heel. The heart that overlaps the cross, is a symbol of Ronaldos love for success and victory, whereas the cross stands for just about the complete opposite; a burning hatred for defeat and failure. Tonight a great challenge awaits him, when Real Madrid again crosses blades with Borussia Dortmund, where only victory will do. 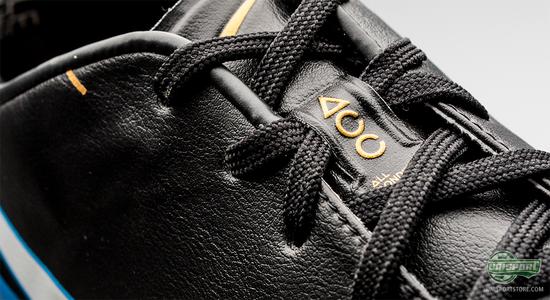 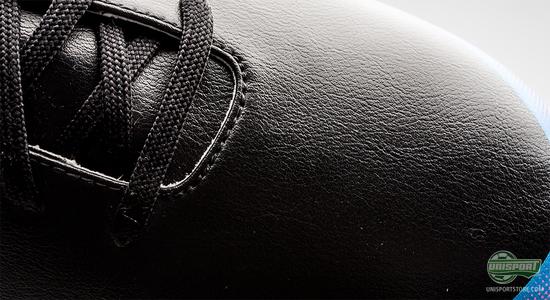 It's turning into quite a habit for Nike, to change the upper on their Vapor VIII boots and that's naturally also the case this time. It's the same upper, as they used on the Vapor VIII Clash and Vapor VIII Seaweed/Volt, that had this nice leathery coating. Furthermore it had the nice Teijin-microfibre upper, that had also been added the new ACC-technology (All Conditions Control), that improves grip and touch on the ball in wet weather. 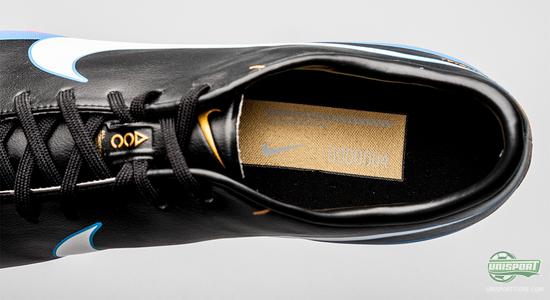 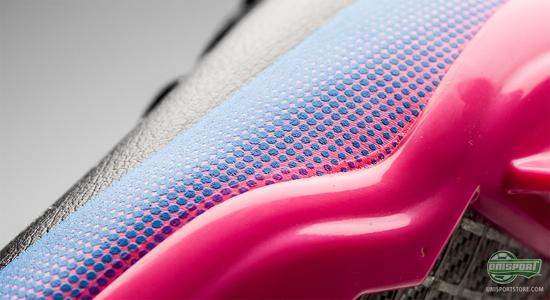 Cristiano Ronaldos personality on and off the pitch really shows, in the colour combination on Nike Mercurial Vapor VIII ACC CR7. The black base-colour that accounts for the majority, represents the professional and elegant aspect, whereas the fresh blue and livid pink colours, stand for his wild and childs-play like style of football. 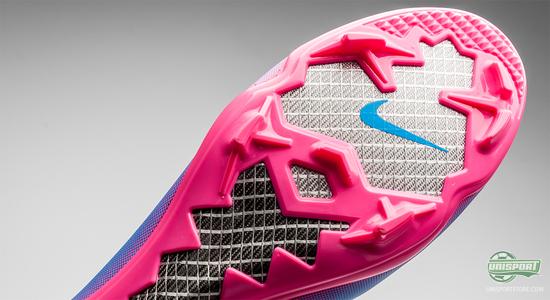 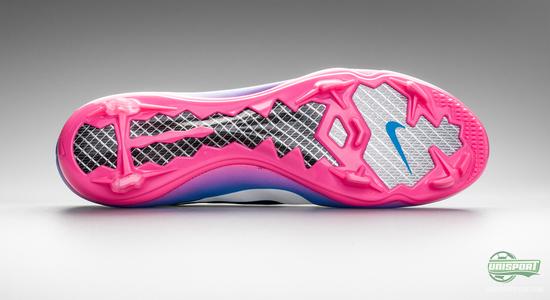 On the underside of the boot it's the same glass-fibre sole that we know from earlier colour-variations and the it's also been equipped with the new and revolutionising stud-configuration. With just two studs on the heel, there was good reason for skepticism, but they have truly proven their worth and have been very effective. Fewer studs mean, that you have less resistance from the ground, when you need to accelerate.

At 20:45, Cristiano Ronaldo enters the pitch with one mission; victory against Dortmund and nothing else. This he will be trying to do in his Nike Mercurial VIII ACC CR7. What do you think of them? Do you think there's goals in them tonight? Tell us in the comment-section bellow.