Unless you live under a rock you have probably noticed that yesterday evening Liverpool appointed Jürgen Klopp. I am in no way a Liverpool fan, in fact I’ve been raised to hate them (Not a United fan either for the record), but even I’m a little excited at the prospect of having him in the Premier League. He is one of the coolest and most well respected people in football and we thought it would be fun to take a look at what it is that makes him so awesome…

"If Jose Mourinho is the 'special one' how would you describe yourself Jurgen?"#Klopp press conference live on SSNHQ http://t.co/tZrDWBOC8Y

5. - Fantastic interviews from 'The Normal One'

The man gives sublime interviews! Jürgen Klopp’s genuine and open nature makes for some pretty fantastic interviews, which will definitely fit well in England, where handling the press in a humorous manner is almost essential. I mean look at his massive smile and reaction to being told one of Dortmunds goals against Arsenal was offside. 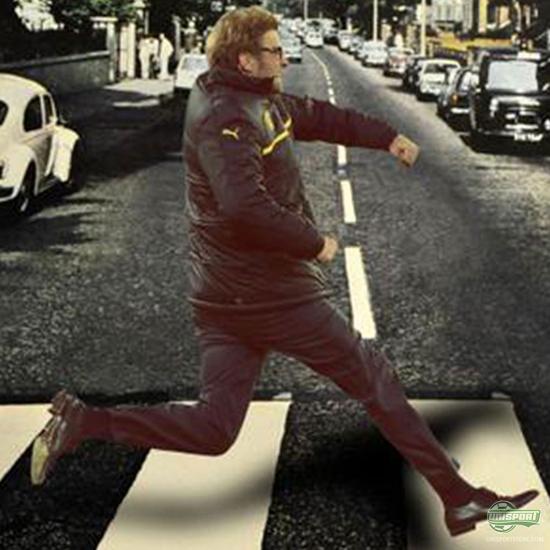 4. - Respected by everyone in the world of football

Seriously, everyone loves Jürgen Klopp. He is universally respected around the world of football and by some of the very best players in the world. One of them is Zlatan, who he bantered with at this year’s Ballon d’Or. It’s obviously still very unlikely, but Ibrahimovic was linked with a move to England during the summer. - Dare you dream Liverpool fans?

3. A unique style of attacking football

When he was the manager of Borussia Dortmund he faced Arsenal and gave a brilliant analysis of the contrasting style between Arsene Wenger and him. Liverpool definitely have the tools to play “The heavy metal way”.

Is it just passion, or is it insanity? A perfect mix of both maybe? You would struggle to find a man who can look any more terrifying when he is pissed off. Liverpool have looked a little spineless at times, so a fiery manager is probably what they need to bang them back into shape.

Think we will let the videos speak for themselves here. What a guy!

The amount of funny videos of Jürgen Klopp on the internet is insane and we couldn’t even jam all of them in this blog. In all seriousness though, we would love to know how you think he will perform as Liverpool manager? Just to finish off with here is a little song for Liverpool fans to get hyped to: