The days are shifting from dark to light. With them, so do Nike’s football boots, as they unveil the brand new Radiant Reveal Pack.

Winter is over, but with the season reaching the real business end now is not the time to relent. That has never been Nike’s style either and they now introduce their football boots, with a bright, new and very striking design.

Despite all the boots having predominantly white uppers, they all still manage to bring some serious colour to the game and even with the initial alabaster appearance, you will have no trouble spotting the new collection on the feet of the star-studded Nike roster.

The impressive combination is something Nike have made a bit of tradition of creating, with this new Radiant Reveal Pack leading my thoughts back to equally amazing designs like the Reflective Pack and the Shine Through boots from 2014 and 2015 respectively. Even so, Nike have once again managed to give the boots a completely unique feel, while still keeping the elements that make them so unmistakably Nike. Also, if the aforementioned packs are anything to go by, then these will be another thundering success.

Accompanying the Nike football boots, which you will see worn by stars like Blaise Matuidi, Alexis Sanchez, Pique and Harry Kane, the Swoosh also introduce the Radiant Reveal design to their FootballX Shoes. With spring blooming, the conditions for street football will be improved and Nike now make sure you have the freshest footwear ready to rule the courts.

If you want to get your hands on the new Nike Radiant Reveal boots first, then you’ve come to the right place, because we get them before everyone else. Sign-up right here! 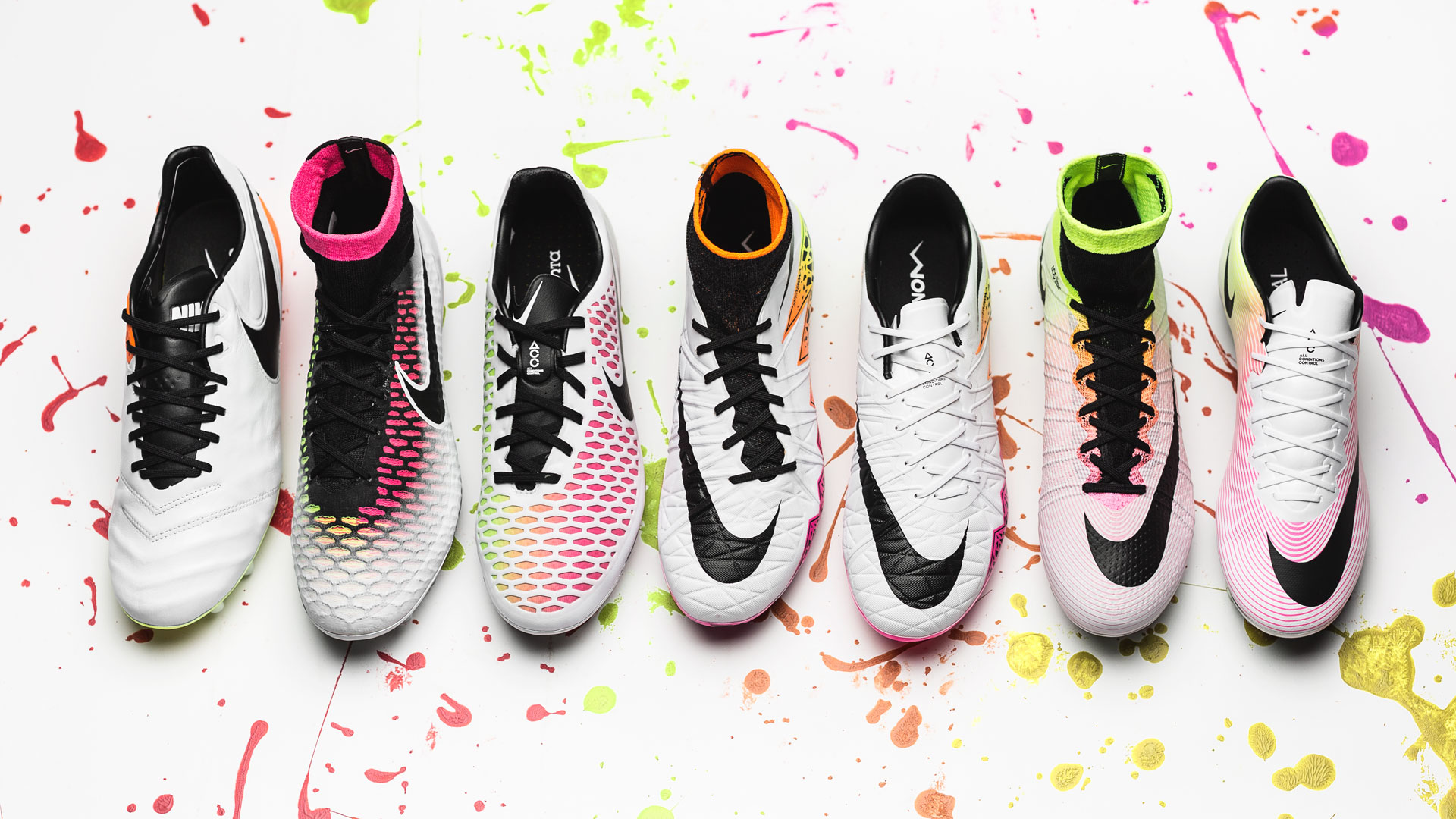