This month makes it exactly two years since Nike introduced us to the mind-blowing revolution of the Magista Obra. This week they released the colours for the Spring season and we take a closer look at them here.

March is the official month for the return of Spring and this is exactly what Nike are celebrating with the new Radiant Reveal Pack. A mix of bright colours and white really makes the new Magista Obra and Opus stand out. To be honest, this latest colourway is in my opinion, how the Shine Through Pack from 2014 should have been.

The Magista silo was, as previously mentioned, released two years ago and was created for the “unstoppable playmaker”. The Obra was the first real football boot to include the Dynamic Fit Collar, which since has been added to the Mercurial Superfly and the Hypervenom Phantom. And even though it is difficult to imagine a world without the Dynamic Fit Collar, many pro-players actually still swear to the Opus, which is the Magista-silo’s version of a more traditional football boot. Question is; which one do you prefer?

Sign up here and get an instant notification the moment you can purchase the new Radiant Reveal Pack. 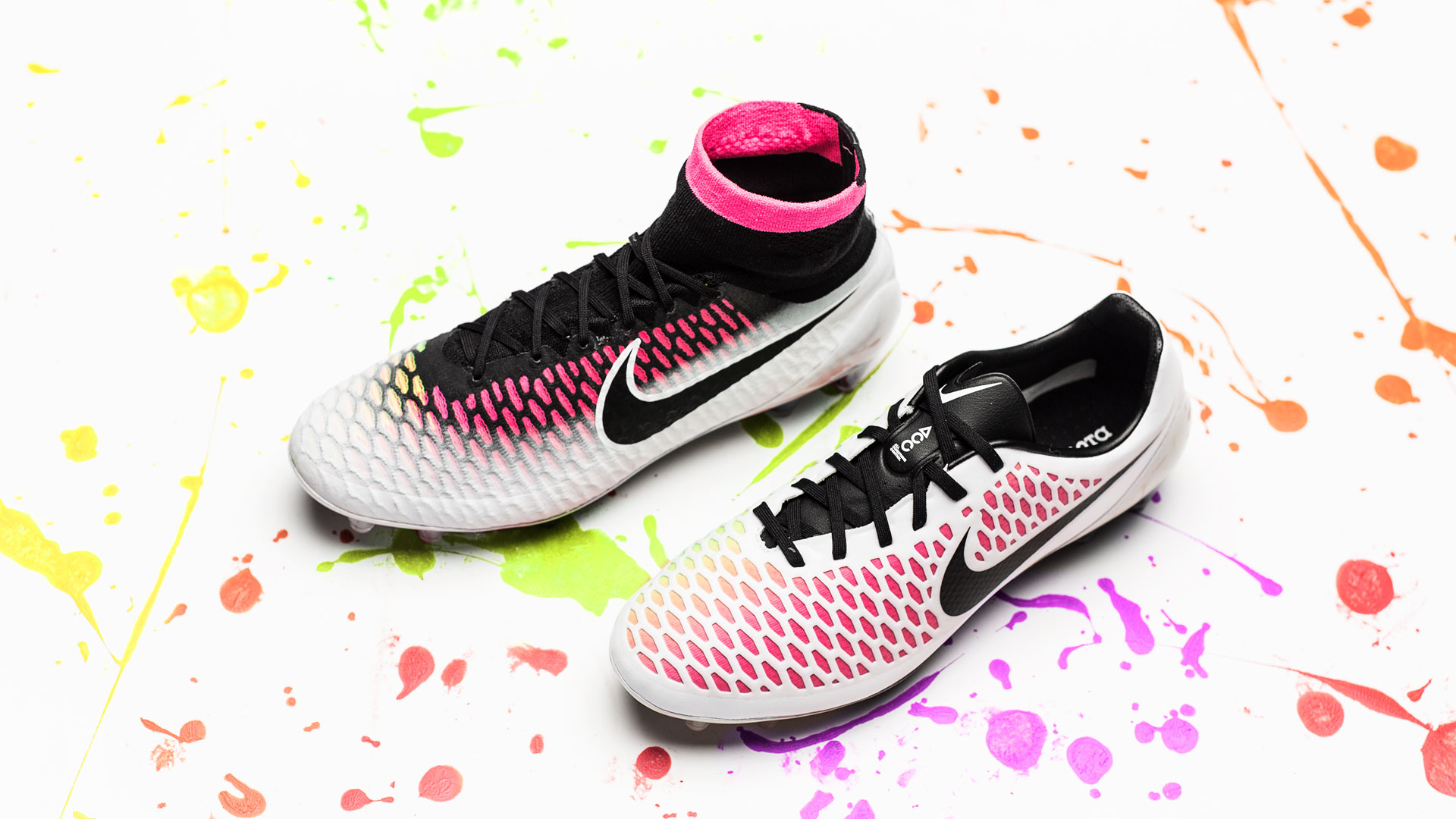