From the Savage Beauty of Madeira’s volcanos to a Natural Diamond. Nike now introduce the second chapter of Cristiano Ronaldo’s journey.

He always had raw talent, it was visible from an early age that his innate skill and hunger for success was unrivalled. At age 12 he moved away from Madeira to pursue his dream of becoming a superstar in Lisbon. It was a move that took incredible bravery and one that would forever change football history.

““I’m always working hard in training and in the games. It’s work to achieve the success.” – Cristiano Ronaldo

Ronaldo would not be deterred and his incredibly dedicated working regime is what transformed him from a rough, natural diamond to the superstar we see today. As you may have worked out by now, the unique combination of having such immense natural affinity and willingness to continuously work hard is what influenced the second chapter of CR7: Natural Diamond.

Inspired by this second stage of Cristiano Ronaldo’s journey to superstardom, Nike have created the newest Mercurial Superfly Signature colourway. While the boots upper is made in a sleek combination of royal blue and navy, the Nike Swoosh and the CR7 logo on the heel is made with a sparkling design. Just in case you didn’t feel the design looked very diamond-ish.

But wait, because this is where things really get wicked. To represent his earliest years of football in Lisbon and incorporate the diamond-inspiration even more, the heel area is made with a rocky surface. As you move further down towards the frontfoot of the boot, the upper smoothens out, which is once again a symbol of how Ronaldo has shaped his destiny and grinded himself from a natural diamond to the ikon he is today. Next level stuff from Nike! 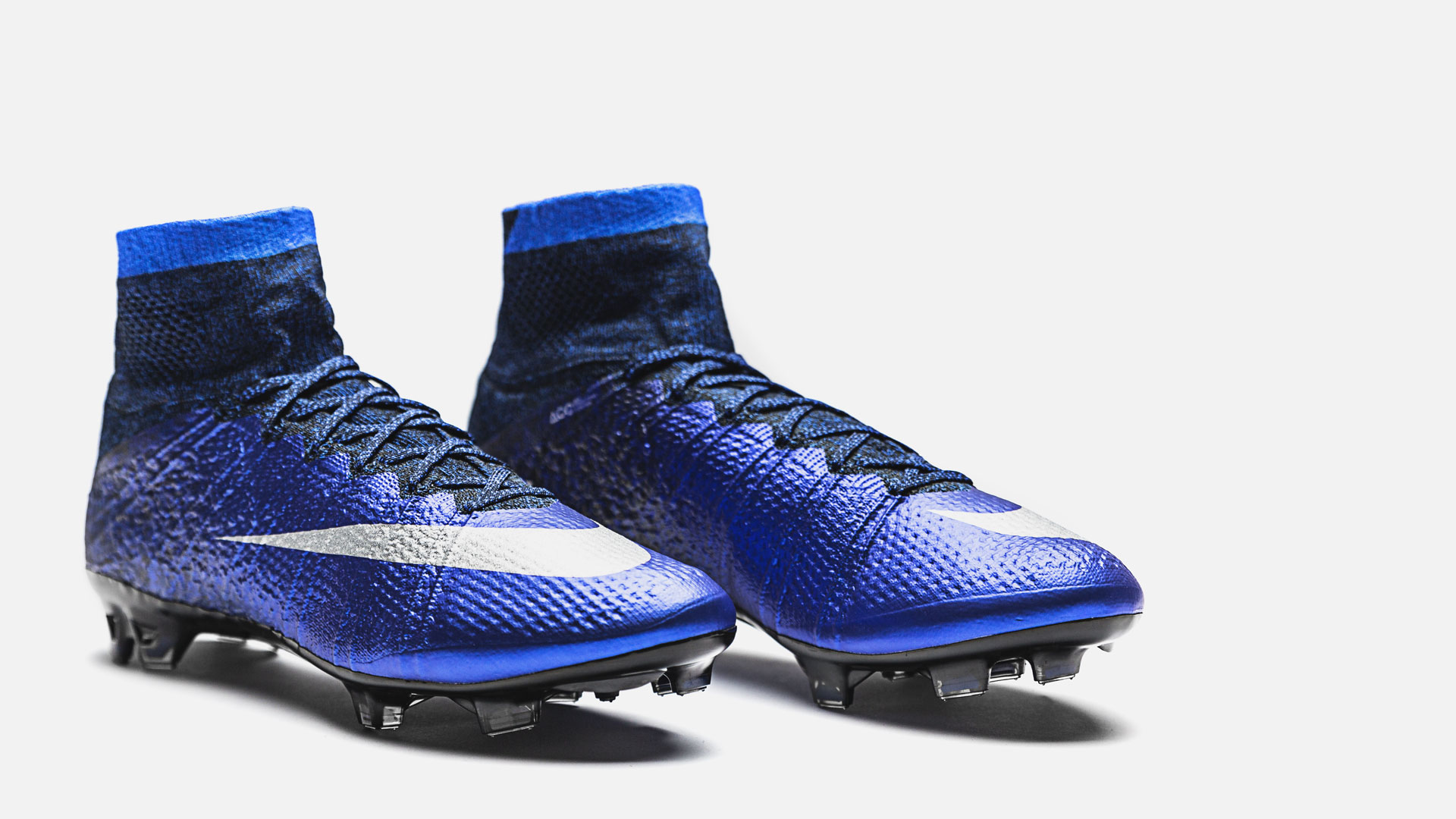