Thursday evening Nike unveiled the fifth generation of their Nike Mercurial Superfly. It’s been a seven year journey and we now take a look back, at how the Superfly has developed from I-V (If you’re in Copenhagen you can even see the entire series in our Flagship Store exhibit).

The ambition with the Mercurial silo has always been to elevate your speed. It all started back in 1998, when the first Mercurial was presented as the first speed boot ever. Since then it has been an arms race to see who could shed the most weight. In 2009 Nike changed the game with their lightest and fastest boot ever, as they showed off the Mercurial Vapor Superfly. Focus was on weight, but also support around your foot. The big revolution was the inclusion of Flywire - small wires running down the sides of the boot that lock the boot tightly around your foot.

The year after, in 2010, Nike were once again ready to shock the world with the Mercurial Superfly II. This time focus had moved further down the foot and Nike had upgraded the stud-configuration and introduced the NIKE SENSE, which is a row of studs that moved one millimeter when pressure was applied. The design was based on inspiration from the cheetah and its ability to kick off from the ground explosively.

Fast forward to 2011 and focus was still on giving players the ultimate kick-off from the ground, but this time with higher emphasis on avoiding slipping on the pitch. Nike had the year before conducted a research, where they discovered that players slipped more on the pitch than previously before. The result was a toe-off traction design, where the studs around the big toe was developed to avoid losing grip on the pitch. 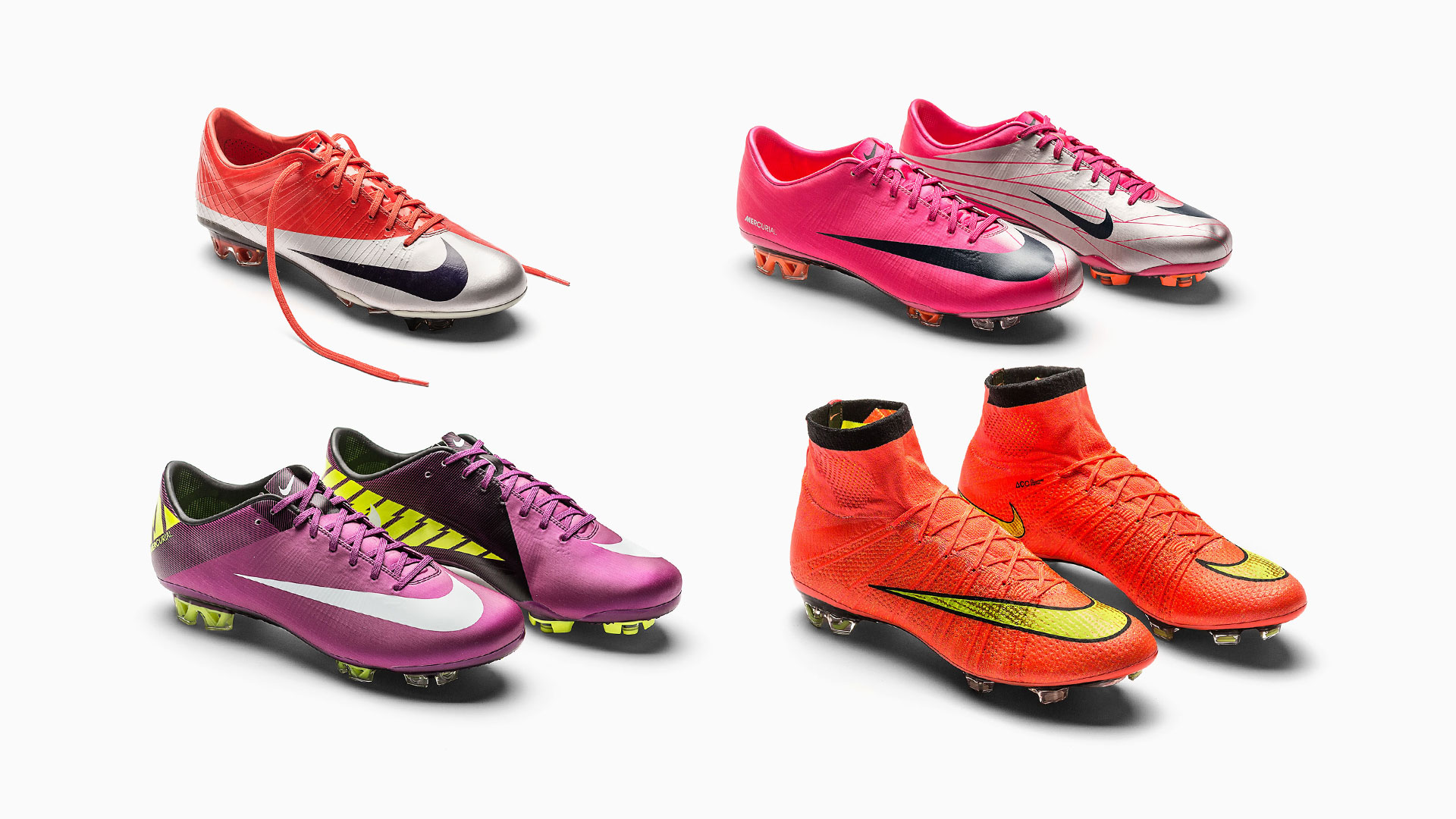 It would be another three years before Nike returned with a new Superfly. This time it was however a football boot like nothing the world had ever seen before. It was now all about unlocking your explosive speed and no longer a question of lightweight. With a Dynamic Fit Collar, Flyknit upper, brio cables all playing a part in the design, after several years of development in the Nike R&D department. It has since its release been one of the most talked about football boots: The Mercurial Superfly IV.

Now Nike have, following two years running with their fourth generation, presented the Mercurial Superfly V. Nike continue where they left off with the IV, but they have still made some fairly radical adjustments and twists, which in Nike’s own words has created the Superfly with the most holistic approach to speed. The sole is developed in the same curved shape as the anatomical foot, so you feel at one with your boot.

The stud-configuration has also been given some love. Here one particular change is especially noteworthy, because Nike have put emphasis on breaking. The argument for doing this is that player subconsciously holds back on the throttle, when they don’t feel they can stop quickly enough. That’s why Nike have developed the angled studs and placed in tactically chosen spots on the sole.

If you want even more information about the newly unveiled Nike Mercurial Superfly V, then read more here. 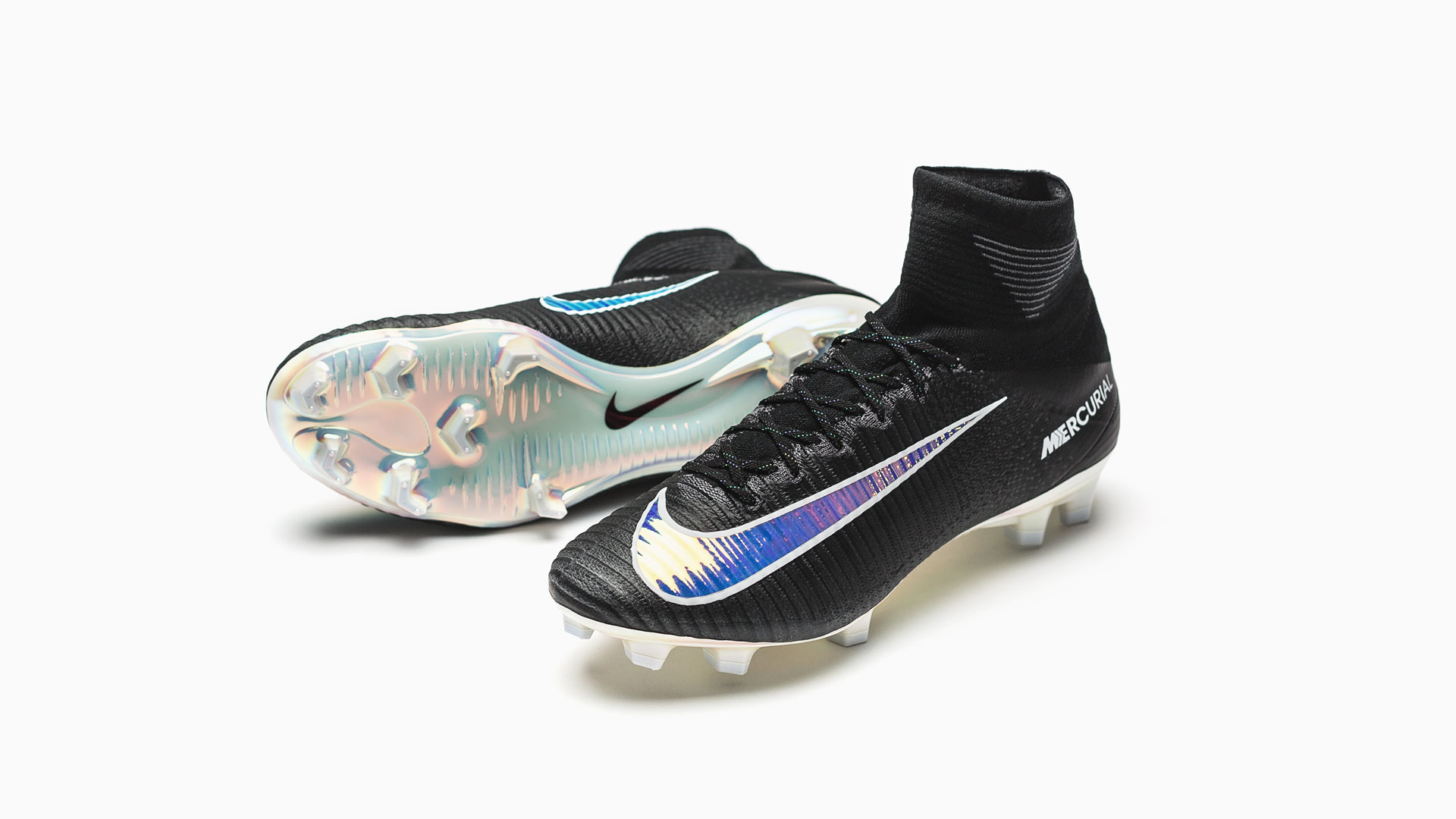