Nike have through the years created countless iconic designs, but few have reached the popularity of one particular look, which we have seen a couple of times now. You’re in the presence of boot greatness here…

The Nike Reflective Pack, Shine-Through Pack and most recently the Radiant Reveal Pack may not be exactly the same, but they still do share a common theme of having a predominantly white upper, but with a fair bit of pizazz and flamboyance. It makes for an incredibly eye-catching look, which although the boots may have changed a couple of times on the technological front, still works every single time.

The Nike Reflective Pack was unveiled in February 2014 and brought with it a design, where each individual boot was inspired by some of nature's most iconic animals. They each suited the connected boots own attitude, which is why you found a snake pattern on the Hypervenom, a leopard look on the Mercurial, a Lion-esque feel to the Tiempo and birds of prey on the crafty CTR360 Maestri III. All these features were made reflective and I think we will just let the pictures speak for themselves… It looks pretty damn brilliant. 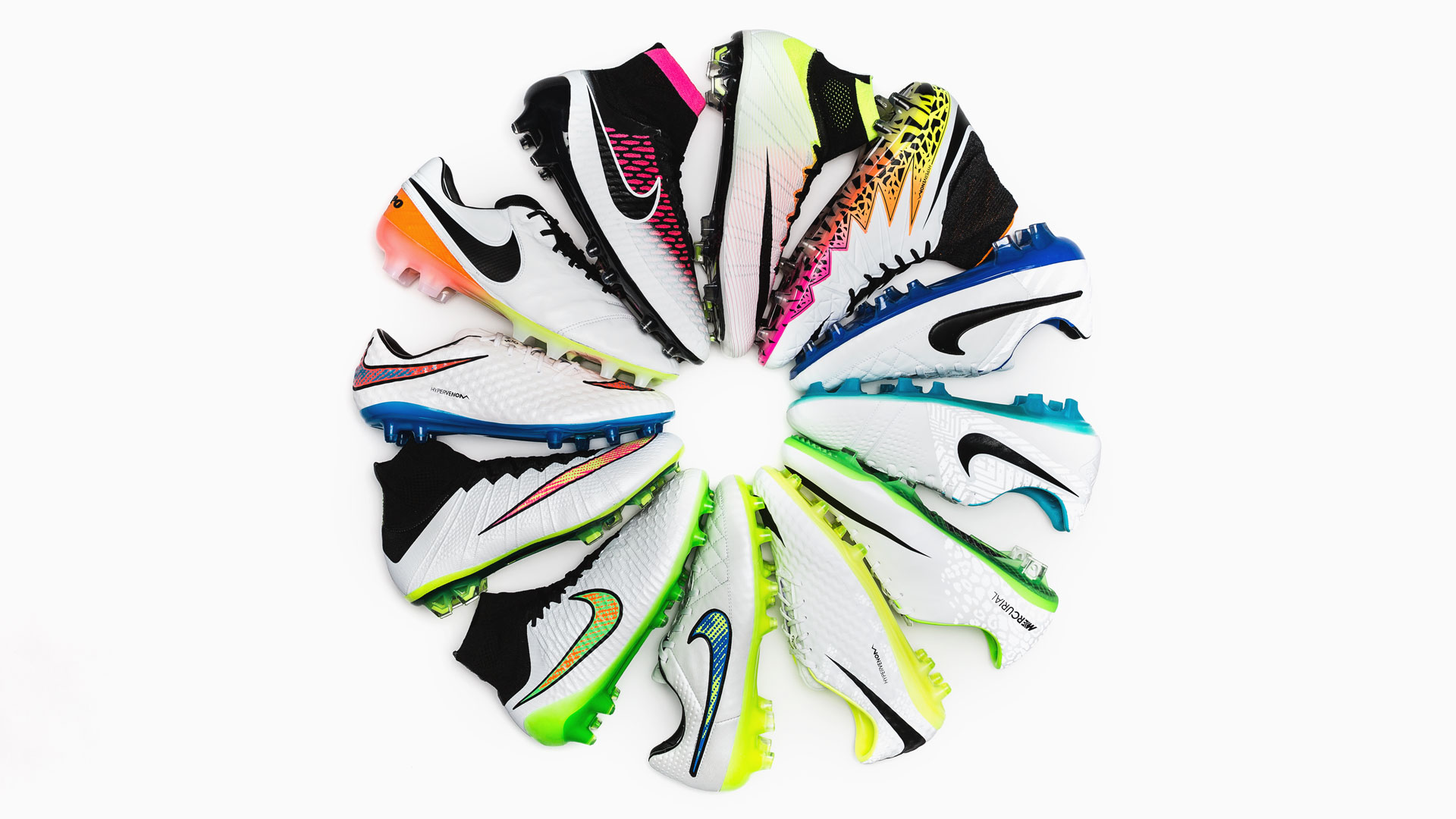 Fast forward to December ‘14, and Nike were back at it again with the white boots, as they presented the Shine-through Pack. Still to this day, the launch picture of this pack is our most ‘liked’ Instagram post, which speaks volumes to the amount of hype that surrounded this launch. Everyone loved them and for very good reason, because once again the theme of having mostly white boots, but with vivid accent colours, worked immaculately.

The new Radiant Reveal Pack has now landed on stock and judging by the love you have already shown them, it looks like Nike have found another incredibly popular way of mixing up one of their favourite themes. Long may it continue!

If you want to get your hands on the Nike Radiant Reveal Pack, then get them before they are gone right here.