Ahead of Copa América Centenario, adidas and Colombia now present a new home-shirt. Yes, you read that correctly - the new home-shirt is white. Find out why here.

This summer, the United States will host a special edition of the Copa América Centenario and a special edition tournament calls for a special edition shirt. That’s why adidas have now presented the new Colombia home-shirt in a white design, which will be worn during this summer competition only, before James Rodriguez and the gang go back to their classic yellow kits..

The reason adidas have chosen white for the new Colombia national team football shirt, is because that was the colour they wore the first time they ever played in an international competition in 1945. This modern take on the original kit is made with a sharp V-neck too, which is another reference to kits from the 40’s, where avant-garde design replaced the more traditional shirt-collared kits.

It’s a refreshing take on the Colombian kits and although it will a little strange not seeing them in their yellow shirts, the new adidas shirts are impressive enough to make up for that. I’m definitely on board with the new kit!

The Colombia national team home-shirt is available right here. Show your support for James, Cuadrado and Martinez at the Copa America. 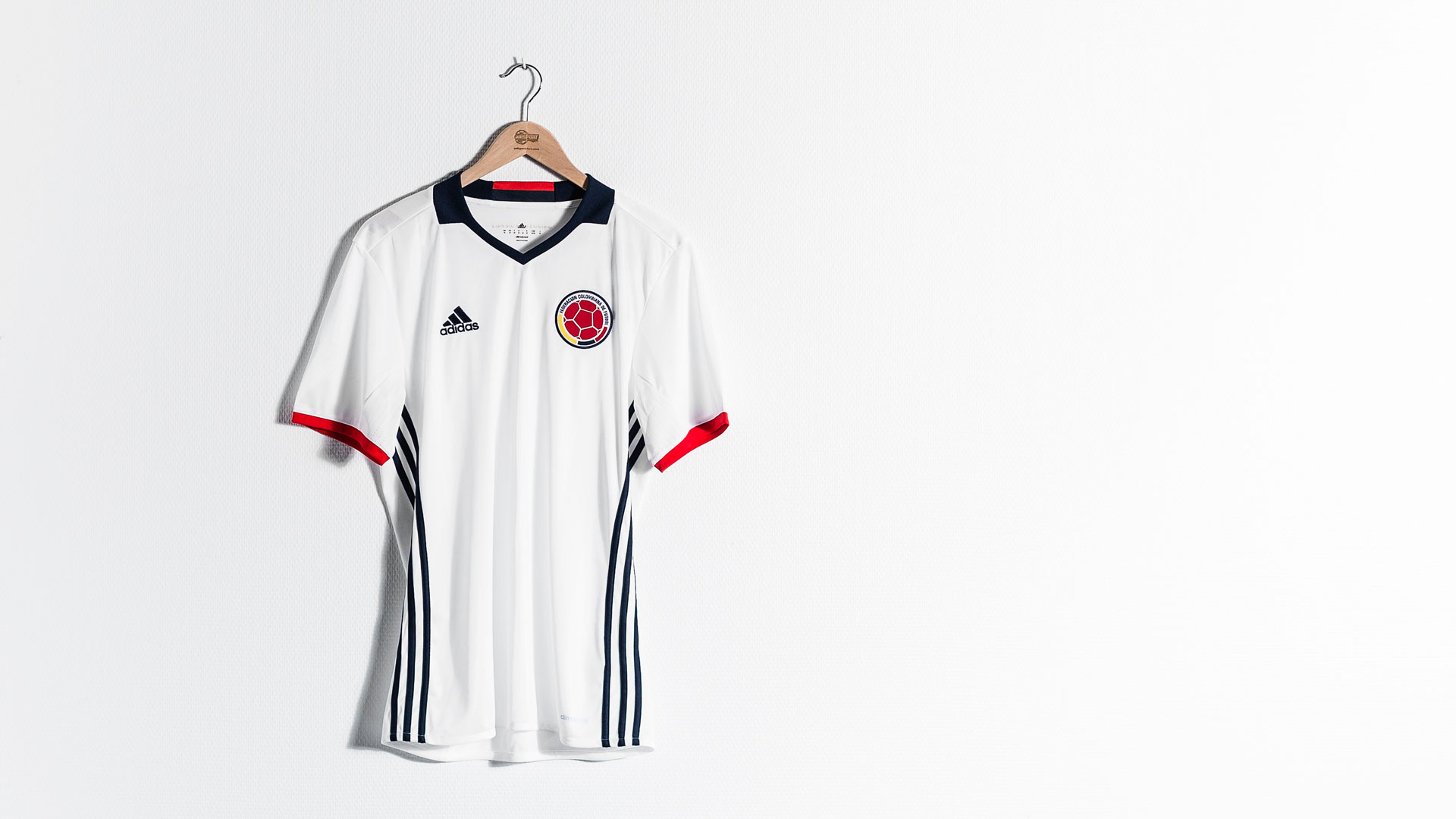